Saturday in the Twelfth Week of Ordinary Time at Mississippi Abbey

Today we learn about receptivity to God. This receptive attitude (“O Lord I am not worthy…”) is given to us immediately prior to our receiving Him in communion. It is the receptivity of the Centurion that most impresses Jesus. “…In no one in Israel have I found such faith..,” FAITH is the form his receptivity takes. It started out as belief.

The soldier believes what he hears about the competency of Jesus; the deeds and the person …but he has not seen it. BELIEF is very important here. To believe always means: to believe someone and to believe something. “Faith comes through hearing.” The believer accepts a given matter as real and true on the testimony of someone else. That is, in essence, the concept of belief. Obviously that ‘someone’ is experienced as competent and trustworthy.

And in this case the Centurion appears to believe what he does not see. He does not have the certainty of a witness,who need not believe; the witness has seen. The Centurion believes something to be real and true on the testimony of another, of Jesus Christ. The word of Jesus is the only reason he believes. “. ..as you have believed, let it be done for you.” 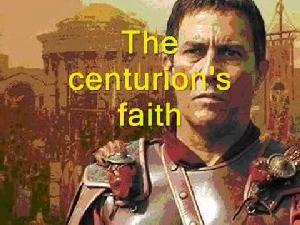 How does belief go on to become faith? His belief goes on to become faith because it is not cognitive; it is a matter of the will, that in us which seeks the good. He sees that the cure of the servant is a Good, a good of another. And he sees this freely, he is neither forced to see it nor can he be certain in giving his full assent to the belief. He sees not the cure, but Jesus. “You may go,” Jesus says, “as you have believed, let it be done for you.” It is faith because it is for the good and because it is the word of God. In other words, his heart is re-shaped to believe God (Jesus) even before he sees his cured servant. 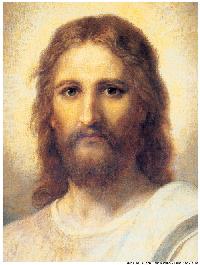 Remember that belief means to accept something unconditionally as real and true on the word of another who understands; a witness. Considering this we marvel at Jesus’ own belief in the Father. He, in His human nature, believes in the Father’s goodness and the goodness of His own wishes for humanity. The goodness is seen by the will and this leads to faith in the Father because the Father reveals it,not because of the evidence or the reasonableness. Community supports this when it is formed around a shared affection. Lacking affection, the community cannot help. It cannot share faith.

When we say “O Lord I am not worthy…” before communion we are saying that reasoning and physical proof do not cause our faith that we are receiving the body of Christ. “…but say only the word..” means that we believe this on the word of Christ; Nothing else. That’s faith.

This is what is portrayed in today’s gospel; and it is to this that we are called.