“From the fullness of the heart, the mouth speaks.” Jesus tells us that you can tell what is in a person’s heart by their words. Coming back from Omaha recently I got lost. I asked three different people where a location was. One said it was catty-corner from a gas station; another across from a bar; and a third said it was next to a church. The difference in their reference points was interesting.

He also says we can identify His disciples by how well they listen to His words. Listening disciples act on His words.  Words reflect the heart; actions reflect decisions. In both cases, Jesus is talking about authenticity. 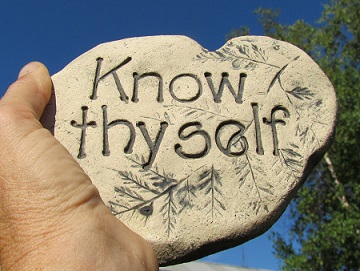 Authenticity is not a matter of “being who you are.” A thief is not authentic by stealing, nor a liar by lying. On a nobler plane, Socrates was deemed the wisest man in Athens because he declared his ignorance while others were afraid to admit theirs for fear of appearing unwise. Authenticity requires self-reflection: “Know thyself; to thine own self be true,” the Greeks would say. Jesus says there is more to this self-reflection. To know oneself, one must “know the story.” The one who “listens to my words and acts on them” is one who is authentic. She lives the truth. Christian authenticity is the love of others which does not shrink from self-sacrifice and suffering.

The Greek word authentikos means “original.” The original is Jesus Christ in whose image and likeness we are made. His words are the story in the light of which we know ourselves. We are authentic when we keep His word and, I would venture to say, when we fall short of keeping His word … and deeply regret it. Being inauthentic is less a matter of making moral mistakes and more in defending moral mistakes. 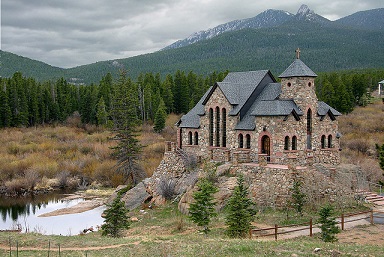 So Jesus tells us that authenticity comes from action and self-reflection in the light of His word. This can make us vulnerable to experiences of failure unless our house is built on the rock of the Paschal Mystery, of dying and being raised. We have talked before about this parable of the foundation of a house. We remembered the line from The Eagles song that said “Every form of refuge has its price.” Today we see that the price is authenticity.