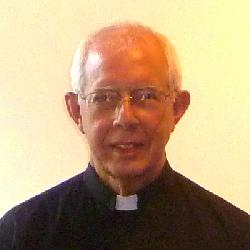 One day a young child was dancing playfully in the center of the living room while her father was reading the evening news. Her whirling motion caught his attention. He watched her spinning around, her arms flinging wide and her hair tossing as she twirled gracefully about. Suddenly, in the delightful expression of her smile, and the graceful manner in which her soft hair fell across her cheeks, with the play of sunlight falling across her beautiful form, he experienced a moment in which he saw his little girl not as a child of seven, but as the grown woman she would be at twenty-seven. It was a wonderful moment, and frightening as well. Then she stopped in front of him, the light changed, and she was a child again. It was wonderful because he saw what a beautiful woman she would be. It was also frightening because he could not hold on to his little girl forever, and he knew the pains his child would experience in growing to maturity.

In the Transfiguration of Jesus, we catch a glimpse of the future: Jesus in all his loveliness. Br. Simeon Leiva-Merikakis writes, “The mystery of Jesus’ Transfiguration is the unique moment in time when the Father seduces our hearts with the beauty of his Son.”1 Peter cries out, “It is good for us to be here…” The Greek word he uses for good is kalon, which means not only good, but beautiful, wonderful. For a short time, the three apostles see Jesus in the fullness of all that is true, good and beautiful in him, radiating a happiness that sweeps over them and inside them. Before this vision, the apostles were captivated by the mystery of Jesus. Now they fall in love with him.

For the first time in the history of creation we see humanity as God wanted us to be, fully transformed with the power and pleasure of divinity. We won’t see it again until we enter the kingdom of heaven. Even after the Resurrection, the beauty of Jesus’ humanity remained mostly hidden. Only here on top of Mount Tabor do we get to see Jesus as heaven sees him. But we see this future in a blinding light that hides more than it reveals.

The Transfiguration of Jesus reveals our own future to be transfigured. Such is the Father’s love for us!  And yet because of us, Jesus was not yet on the way to his kingdom in heaven but to his cross on Calvary. And that is another sign of God’s love for us, as the following true story about a father and his teenage daughter illustrates.

The girl was always late for supper. There was no reason for her tardiness, and no amount of discussion seemed to help. Finally, in desperation, her father said, “If you’re late again, bread and water will be put at your place for supper, and nothing else. So, please, be on time.” The teenager nodded, but wasn’t really listening.   A few days later she was late again. Her parents were waiting at table for her. When she came in there was a delicious steak and mashed potatoes covered with hot gravy on their dinner plates, and glasses of wine at the side. But at her place there was a lonely glass of water next to a single slice of bread on a bare plate. She sat down and stared at the dry bread. Then her father got up, took the girl’s bread and water and put them in front of himself. He took his own meal and put it in front of the girl.  Years later she said, “All my life I’ve known what God’s love is like by what my father did for me that night.“3

Jesus shows us by his Transfiguration on Mount Tabor the high calling for which we are destined. Then he takes our place, takes our punishment upon himself by going to Calvary and dying on the cross, so that we may have what Jesus has and be transfigured.