Homily for the Second Sunday in Ordinary Time at Mississippi Abbey

Homily for Second Sunday in Ordinary Time at Mississippi Abbey

Homily for the Second Sunday in Ordinary Time at Mississippi Abbey

At Christmas we recalled that communities are formed around a shared affection. Lawyers form professional organizations around love of the law; plumbers around love of water-delivery systems. St. Benedict forms his community around those who “truly seek Christ.” This shared affection precedes and undergirds all else in the community such as its rules and customs. We recalled that the Christ-child has not taught doctrine or a moral code. His presence unites otherwise disparate peoples in a unity of affection.

Perhaps ironically, the infant that so unites them has come to expose an alternative, an obstacle to the unity of shared affection. He has come to expose by His arrest, trial, passion and death what biblical anthropologist Rene Girard calls the scapegoating mechanism. 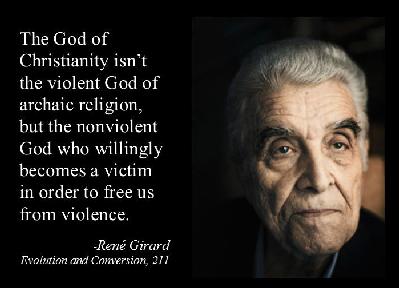 In primitive communities tensions over status and possessions would mount to a point where there would be a war of all against all. That, of course, destroys a community. Subsequently, they found that when tensions rose too high they would identify someone with an unusual feature—perhaps a disability, a different race or unusually attractive—and, beginning with an accusation, vent their rage on him or her. The mob would kill or banish the person. They found that in the wake of the elimination a great peace came over the community. It was a religious experience. Rather than face the horror of what they had done to the victim, they made the victim a god and every year they would sacrifice another human and a similar peace would come over the community. The sacred story that divinized the victim and legitimated this human sacrifice was always told from the viewpoint of the mob, never from that of the victim. The story of the passion and death of Jesus Christ uniquely founded a religion—a community—on a story told from the viewpoint of the victim, of the scapegoat. Here, though, the term “Scapegoat” is replaced by “the lamb of God.”

Scapegoating helped the mob avoid facing its spiritual poverty. It helped them avoid the demands of love. And it helped them defend their mistakes. 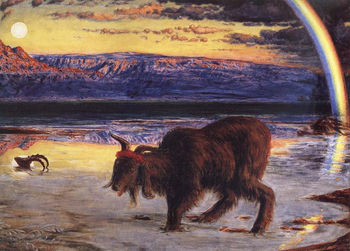 And today, John the Baptist points to Jesus as the one who takes away the sin (singular) of the world. Raymond Brown notes that “Sins” (plural) refer to sinful acts; “sin” refers to a sinful condition. The condition of Scapegoating is the sin of the world. It keeps us from becoming children of the God Who is love.

This condition centers on the temptation to escape suffering. The Lamb-to-be-slain faced this temptation in Gethsemane. It was His most personal and private moment. He was previously tempted externally in the wilderness, by religious leaders, and even by His disciples. In Gethsemane He was tempted interiorly. He was facing the demands of love. 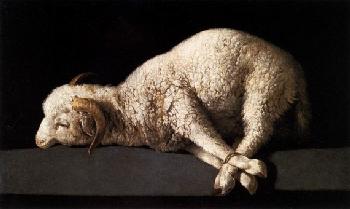 Girard says that the chief effect of the sending of the Spirit of Christ has been the gradual exposure over the last 2,000 years of the scapegoating mechanism. In the last century we have seen the scapegoating of Jews, African-Americans, Gays, and other minorities exposed and reduced in potency. It is gradual because scapegoating is a way of maintaining order and peace (individually and/or communally). It cannot be withdrawn all at once. It is the peace that the world gives. Another way of peace must replace it.

And so Jesus says, as we remember at every Mass, “Peace I leave with you, My peace I give to you; not as the world gives do I give to you. Do not let your hearts be troubled or afraid.”

The peace He leaves is one of shared affection; of sharing self with others. It is one of persevering at meeting the demands of love; of seeking the good of others for the others own sake. It is looking for the good news in others. It is self-sacrifice. 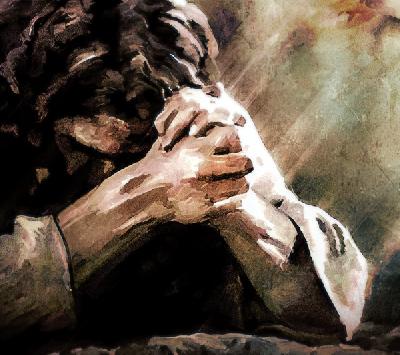 At Gethsemane Jesus did not blame His sleeping disciples or the on-coming soldiers. Instead He faced this in isolation. He faced it by prayer. And He arose from there and resolutely faced His captors.

Scapegoating began as a religious phenomena. A monastic community, being enclosed, highly structured, and living in solitude can be at a particular risk for falling back on scapegoating through exclusion or marginalization. Suffering distorts perception. We can forget the shared affection, the true seeking that brought each of us here and how singularly important that is. I have often found the wearing of a habit and gathering throughout the day in choir to be a way of recalling that the shared affection of preference for Christ is what matters most. Deliberately remembering this short-circuits spontaneous and incidental reactions of envy and contempt that can make us prefer self-will over self-sacrifice. It is in community that people were meant to meet the demands of love.