John the Baptist is preparing people to receive something. That something is MERCY.

Two popes of the late 20th century have recognized “the signs of the times” and have moved mercy to the center of the church's proclamation and practice. Pope John XXIII wrote often and deeply of his experiences of mercy in his spiritual diary. In his opening speech to the Second Vatican Council on October 11, 1962, he said that the point of the council was not only to re-affirm the traditional teaching of the church. He noted that the church has always done that and often with “great severity.” He stressed that “Nowadays the Spouse of Christ must make use of the medicine of mercy rather than that of severity.” 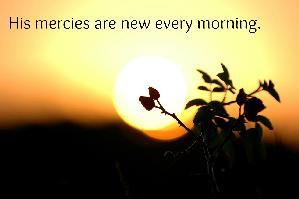 In 1980 Pope John Paul II devoted the second encyclical of his pontificate, Dives in Misericordia (“Rich in Mercy”) to this topic. The sainted Holy Father had lived in the midst of cruelty in communist Poland, and had grown up in the vicinity of Auschwitz. Yet, he grew up not to be a man who was defensively self-preoccupied, but one concerned primarily for the highest good of others. He grew up to be a pastor. Both pontiff's personally experienced the mercy of God.

The motto Pope Francis chose for this Extraordinary Jubilee is “Merciful Like the Father.” Taken from Luke 6:36, “Be merciful just as your heavenly Father is merciful,” it calls us to begin by reflecting first on our own experience of the mercy of God.

It was the experience of God's mercy, of being forgiven and of being loved out of all proportion to merit, that brought me to New Melleray. Hearing that they took a vow of conversion and seeing the very sober demeanor of men who knew they'd been blessed beyond what they could deserve, I thought the experience of mercy would connect us. 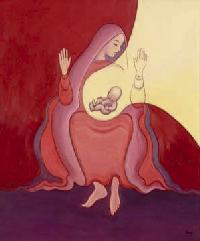 There are three Hebrew words commonly used in the Old Testament for mercy. Each has a nuance of meaning that each of us might identify with at different points in our lives. Remember that mercy is a virtue that requires someone who needs mercy; someone with sin or other imperfection.

The first word is hesed. It is the covenanted love that is mutual and enduring. In other words, God and self are faithful to one another by virtue of an interior commitment and thereby also by virtue of a faithfulness to themselves. It implies action on the part of the lover and the beloved, the giver and the recipient. “Mutual and enduring” means it is dependable. Is that your experience? When and where did you have that experience?

The second word is rahamim. It designates “womb-love.” It is a mother's love for her child. It implies a physical response, the compassion for another felt in the center of one's body. Isaiah, Jeremiah, and the Psalmist commonly attribute this to Yahweh to indicate forgiveness for a wayward child. With me I am sure that you feel you cannot count the number of times you have experienced this kind of mercy. But the number of times is much less important than the interior effect of it. It makes an impression. 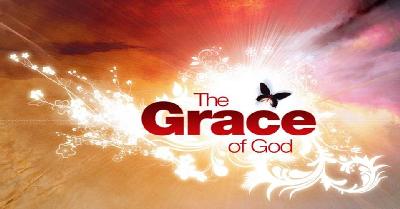 But the third Hebrew word for mercy has made the deepest, most life-changing effect in my life. It is the word hanan. It means “grace” or “favor.” It is a gift. No mutuality is implied or expected. The quality is not necessarily lasting, though it may be (and has been). It is dependent solely on the goodwill of the Giver. It commonly occurs between unequals. Have you experienced this? Where and when did it begin?

All three of these words are used by God when He defines Himself to Mosses in Ex. 34:6: “The Lord, the Lord, a merciful (rahamim) and gracious (hanan) God, slow to anger and rich in kindness (hesed) and fidelity.”

I think the second word, rahamim, a mother's love, would be a good one to reflect on during this Advent season. With the Blessed Mother we can wait and expect. The waiting is grounded in our felt need for mercy. Our expectation is for Jesus Christ, whom the pope called “the face of the Father's mercy.”

Pope Francis is calling us to reflect on our experience of this God and His mercy. And he is calling us to pass it on. With John the Baptist he tells us to adopt it as a regular attitude, promising that it can free us from the bondage of self. “All one needs to do,” the pope writes, “is accept the invitation to conversion and submit oneself to justice during this special time of mercy offered by the church.”

The message of today's gospel is repentance. It is a call to a “change of mind” or “change of outlook.”

Repentance is not remorse nor is it regret. Those refer to specific acts that a person wishes she hadn't done. No, repentance is something much deeper and thus more pervasive in a person's life. It is sorrow that one set her heart on something as “ultimate” that has been found through experience to be an illusion. Thus, one cannot truly repent unless one has an experience of what is truly ultimate. John the Baptist, though, is calling people to repent in preparation for just such an experience. He is calling them and us to open-mindedness about what matters most.

John Cassian, in his Third Conference given by Abba Paphnusius, discusses this call to repentance in preparation for an experience of God. The Abba describes three kinds of calls that might bring one to a monastic way of life. The first is a call directly from God such as Abraham experienced. The second is a call through the teaching and example of another human. Many of us came to the monastery as a result of reading Thomas Merton or the example of a nun we knew back when. The example of the seniors is the call that keeps on calling! 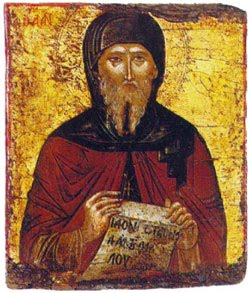 Abba Paphnusius elaborates on the third kind, the kind John the Baptist is issuing today. It is a call that arises out of need. The need arises out of the disillusionment we find in prosperity. The prosperity is most commonly that of our lives going as we wish them to go according to the standards of the world. Accompanying it is a disdain for God arising out of the conviction that we can wrest satisfaction and happiness out of this world if only we manage well. This, as John the Baptist tells us, is the desert through which we must clear a way.

So we don't voluntarily feel this need for God; it comes upon us suddenly in the midst of calamity. The example the Abba gives is the children of Israel who, on account of their sins, were handed over to their enemies. Then, their greatest asset became desperation.

Abba Paphnusius emphasizes this third kind of Call saying that, even though it seems inferior to the first two, it turns out fervent nuns for the same reason as the first two calls: fear of God and diligence in living the monastic way of life. These are prompted in every nun by one or both of two experiences: That of our own sins or the feeling that we cannot live up to the greatness of God's calling. The first asks us to admit what we have set our hearts on; the second asks us to be decisive about what we will set our hearts on.

In facing up to our sins we stop evading and let our past decisions upset us. We let them cause us to doubt ourselves. 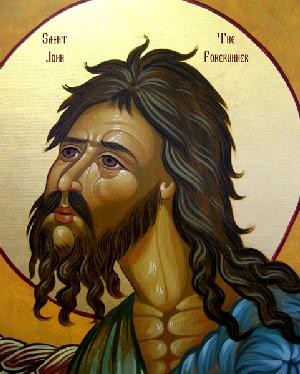 It is in the upsetting nature of this preparatory experience that each of us becomes convinced that she needs to be saved. She must know what she—personally—needs to be saved from and who the savior will be. She needs someone to believe in. It is at this point that we must decide whether to persevere or merely endure. To persevere is to live toward a goal; to endure is to put up with what cannot be avoided. It is now that we must know what we are persevering toward. To persevere—to keep living toward—we must live intentionally and nurture that intention with Eucharist and lectio. In other words, we must now know what we were saved for.

The decision to persevere prepares us for the answer to the Advent question: Why did it take the Incarnation to save us? It is because in order to persevere we needed both a reason and a model for this change.

The reason gave us a direction to go; the model shows us how. Jesus is the model. The reason is our happiness or “blessedness.” The direction for obtaining happiness is toward the Father; the Kingdom of Heaven. The imitation of Christ is how, the way. Knowing who saved us, from what and what for, we can now set our hearts safely on what is truly ultimate. We set our hearts on what He set His.