Last Sunday we accompanied Jesus during His temptation in the wilderness. Temptation is always a luring or enticing to evil. Thus, it makes us want to do evil. Temptation is to be avoided or resisted.

Today, we accompany Jesus in a Spiritual Trial. A Spiritual Trial is an experience in our relationship with God and things of God that causes anxiety or inner suffering and makes us wonder: Have I gone too far in daring to be a total self-gift to God? Is too much being asked of me? A Spiritual trial is a testing from God that must be gone through and endured in faith, trusting in God to help us through it and to understand it as a gift of love.

The Transfiguration prepared Jesus for a spiritual trial that would reach a peak in the Garden of Gethsemane. There, in the garden, He faced this trial alone. There He suffered so intensely that he sweat blood. And there it occurred to Him that He may be taking this devotion-to-the-Father thing too far. Nevertheless, in the end He decided, “Not my will, but yours be done.” And again, He did this alone. Spiritual trials are always undergone alone. 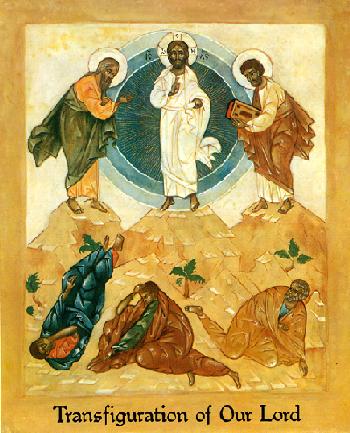 Encouragement is given to the disciples and to us in community. Spiritual Trials must be met with humility and it is always the secure who are humble. We receive this strength at Mass, in Chapter Talks, and hopefully in relationships. The trial, though, as it happened in Gethsemane, is undergone alone. It is undergone in faith.

As one Christian philosopher noted, the distinguishing characteristic of a True person of faith is that such a person always lives in absolute isolation from others in her relation to God. We monastic's call this “solitude.” Counterfeit faith, the philosopher says, “is sectarian, seeking in company with others to become instantly proficient by acquiring faith on the cheap without enduring the lonely spiritual trial.” In other words, he or she takes a political approach.

Our first reading today gives us the other great model of faith lived alone: Abraham. Abraham endured at least two great trials: leaving his homeland for an unknown land and the sacrifice of his son, Isaac. “Sacrifice” is the key idea in all of today's readings and in our call to contemplative monastic life. 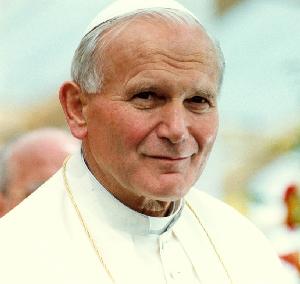 When conscience, the voice of God within us, speaks to us in a time of spiritual trial, it speaks to us in the voice of sacrifice. When Abraham raised his knife to sacrifice his only son, he was sacrificing what he most dearly loved. That love is what would have made it a sacrifice, rather than a murder. In Gethsemane and on Calvary Jesus sacrificed what he dearly loved and that was what made Him a Saving Victim rather than a chump.

St. Paul also calls us to sacrifice in his letter when he says, “Bear your share of hardship for the gospel with the strength that comes from God. … He calls us to a holy life not according to our works, but according to His own design.”

And that, Sisters, is what we are called to. And just as the exterior world could not see the love of Abraham for Isaac in his sacrificial act, so we cannot see the love each sister has in her sacrificial acts. St. Bernard said that empathy is the link between humility and love. With empathy we should see that something in our sister's interior is dearly loved and yet renounced, however awkwardly, in faith.

If we must jump to conclusions about one another, let us jump to that one.

One day a young child was dancing playfully in the center of the living room while her father was reading the evening news. Her whirling motion caught his attention. He watched her spinning around, her arms flinging wide and her hair tossing as she twirled gracefully about. Suddenly, in the delightful expression of her smile, and the graceful manner in which her soft hair fell across her cheeks, with the play of sunlight falling across her beautiful form, he experienced a moment in which he saw his little girl not as a child of seven, but as the grown woman she would be at twenty-seven. It was a wonderful moment, and frightening as well. Then she stopped in front of him, the light changed, and she was a child again. It was wonderful because he saw what a beautiful woman she would become. It was also frightening because he could not hold on to his little girl forever, and he knew the pains the child would experience in growing to maturity.

In the Transfiguration of Jesus we also catch a glimpse of the future: a revelation of Jesus in the fullness of glory, in all his loveliness; but it is also a glimpse of our future. Br. Simeon Leiva-Merikakis writes, “The mystery of Jesus’ Transfiguration is the unique moment in time when the Father seduces our hearts with the beauty of his Son.”1 In ecstasy, Peter cries out, “It is good for us to be here…” The Greek word he uses is kalon, which means not only good, but beautiful, wonderful, an overwhelmingly delightful rapture, a moment that Peter wishes would go on forever and ever. For a short time the three apostles see Jesus in the fullness of all that is true, good and beautiful, radiating a happiness that sweeps over them and inside them, ravishing their hearts. Before this vision, the apostles were captivated by the mystery of Jesus. Now they fall in love with him, and see the future.

For the first time in the history of creation we see humanity as God wanted it to be, fully transformed with the power and pleasure of divinity. We won’t see it again until we enter the kingdom of heaven. Even after the Resurrection, the beauty of Jesus’ humanity remained mostly hidden. Only here on top of Mount Tabor, for a brief moment, do we get to see Jesus as heaven sees him. But we see this future in a blinding light that hides more than it reveals.

“As the rays of light burst forth from the body and clothing of Jesus, the voice of the Father bursts out of the bright cloud as it did at the baptism of Jesus. The Father’s [words] here and at [Jesus’ baptism are] almost identical. Once again we hear the only thing that the Father is ever recorded as saying in the New Testament: ‘This is my beloved Son, with whom I am well pleased.'”2 Remembering this experience many years later, Peter writes, “[We] do well to be attentive to this [vision] as to a lamp shining in a dark place, until the day dawns and the morning star rises in your hearts” .

The Transfiguration of Jesus is a revelation of our own future. For God has destined us to be conformed to the image of his Son. We also will be transfigured. Such is our Father’s love for us! And yet because of us, Jesus was not on the way to his kingdom in heaven but to his cross on the hill of Calvary. And that is another sign of God’s love for us, as the following true story about a father and his teenage daughter illustrates.

The girl was always late for supper. There was no reason for her tardiness, and no amount of discussion seemed to help. Finally, in desperation, her father sat down with her and said, “If you’re late again, bread and water will be put at your place for supper, and nothing else. So, please, be on time.” The teenager nodded, but wasn’t really listening. A few days later she came home late again. Her parents were waiting at table for her. When she came in she saw a delicious steak and mashed potatoes covered with hot gravy on their dinner plates, and glasses of wine at the side. But at her place there was a lonely glass of water next to a single slice of bread on a bare plate. She sat down and stared at the dry bread. Then her father got up, took the girl’s bread and water and put them in front of himself. He took his own meal and put it in front of the girl. Years later she said, “All my life I’ve known what God’s love is like by what my father did for me that night.”3

Jesus, the Father’s Beloved Son, in whom he is well pleased, shows us by his Transfiguration on Mount Tabor the high calling for which we are destined. Then Jesus takes our place, takes our punishment upon himself by going to Calvary and dying on the cross, so that we may have what Jesus has and be transfigured. But, oh, how we need a change of heart like that of the teenage girl. 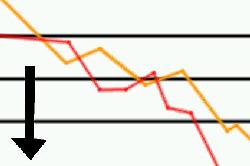 Today our economy is in crisis. Will the markets slowly continue to recover? Or, are we moving into a new era of recession that will last a long time? Our economy reached a high that was created by easy credit, a high that was unsustainable because it was not built on real assets but on debt. Governments are trying to restore the economy, to boost it up by bailing it out with bigger loans, to save it at all costs. If they have some success, will it happen all over again? Ultimately, there’s a greater flaw in our hearts than in our economy: the lust of the eyes, the lust of the flesh and the pride of life. We need a change of heart even more than a change of economy.

Our real assets do not consist in this world’s goods. The Transfiguration and the Crucifixion of Jesus show us what is of real value. A change of heart does not consist in making better, safer investments, in what we have, but in sharing our goods, investing for eternity, being transformed into the image of Jesus who gave up everything so that we might receive everything that has eternal value. Lent is a time for a change of heart so that we may become like Jesus. Then we will see him as he is, in all his loveliness. We will be loved by the Father, truly pleasing to him. And best of all, like the apostles, we will fall deeper in love and the future will be ours forever.

3. Rev. Bill Bausch, in A World of Stories for Preachers and Teachers.