The first speaks to our status as contemplatives. Just before this event Peter professed that Jesus was “the Christ of God,” the Messiah. Having witnessed the Transfiguration, he addressed Jesus as “Master” and wanted to build a memorial. He had seen the glory and was filled with admiration. This is very important for our contemplative discipleship. Admiration is “what we do.” It is the absolutely necessary pre-condition to becoming a Follower. It is also the opposite of envy. As we will see at the Triduum, “Pilate knew that it was out of envy that they handed (Jesus) over.” The capacity to admire, then, separates Followers from others. On Ash Wednesday, in our refectory, we read a short essay by Danish Christian philosopher Soren Kierkegaard. He wrote about the difference between those who merely admire and those who go on to follow Christ. In his book “Sickness unto Death,” he wrote, “Envy is secret admiration. An admirer who feels he cannot become happy by abandoning himself to what he admires chooses to be envious.” Envy will affect our relationship with Jesus and the Father, or anyone else, if three conditions are present: if the relationship is highly important to us; if the person is near to us; and if the person is similar to us. In short, if we are playing God, we will see the real God as an intruder. In order for admiration to happen, at least one of those three conditions must be absent. In other words, we must be able to acknowledge whole-heartedly that we are in the presence of something greater than ourselves. This is why St. Benedict set down the Steps of Humility precisely as he did. As Kierkegaard wrote, “Admiration is happy self-surrender; envy is unhappy self-assertion.” 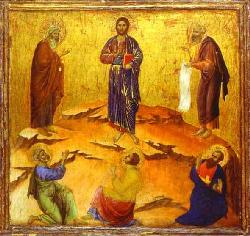 Self-surrender brings us to a second outcome of the Transfiguration event. This pertains to our status as consecrated. Jesus, together with Moses and Elijah, admired the Father. The Father was of utmost importance to them, He was near to them, but Jesus acknowledged Him as “greater than I,” . For Jesus, in anticipation of the Cross,to shift from admirer to follower He had to abandon Himself to what He admired; He had to make an irrevocable decision. That is what He did on the mountain. So, too, must His Followers.

This is what we have done. This is what the Church requires of us because it believes we are capable of it. Everyone here, married or professed religious, has made an irrevocable decision. They made it in response to a call. A Call is directed to the heart. Most of all, the call is more important than the person. This must be experienced as true if one is to make and keep an irrevocable commitment. Why? 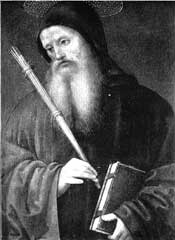 The Church, the Body of Christ, asks us to make a final decision in relation to persons, not to things. The freely-entered, interpersonal nature of this decision distinguishes the commitment from being one of bondage to another or of mere adherence to a norm. And the interpersonal nature makes it apparent that one’s self-understanding forms the stable foundation for a decision that will hold sway over the rest of one’s life. St. Benedict, in his list of ‘Good Works,‘ says we must “Hour by hour keep careful watch over all you do,” . From the day we profess our vows it is clear that no decision can be successful if it conflicts with the course we have freely set for our lives by our vows. Success in life depends on thorough fidelity to this truth about oneself. Accurately understanding our dependent relationship to God is the self-understanding we must have to make an irrevocable commitment. The strength to keep it must come from doing it “for the sake of the kingdom.” This is our happy self-surrender; this is our consecration.

Making a life-decision operates the same way as all human decisions: It is the exclusion of some possibilities and the preference for others. This is where we must “keep it simple.” The one truth finds its expression in one decision. This is because the one truth is more important than self. Each of us has a scripture or other inspiring verse that seems to sum up this one truth for us. We often put it on our profession card. St. Benedict gives us the simple rule-of-thumb that guided his life decision; it is one that unites us as consecrated contemplatives: “Prefer nothing whatever to Christ.”