Jesus and his apostles crossed the Sea of Galilee to find a solitary place where they could rest a while. In his pride, Napoleon Bonaparte didn't know when to stop and rest. He was defeated near the small Belgian town of Waterloo in 1815, but his downfall really began three years earlier when he invaded Russia. Marching two thousand miles from Paris to Moscow, his army's supply line was stretched to the breaking point. A bitterly cold Russian winter swept down on Napoleon's soldiers. They were tired, freezing, and hungry. When the Napoleon finally ordered a retreat, his decision came too late for the French army of 420,000 troops. Snow and ice, starvation and disease, exhaustion and unrelenting attacks by the Russian forces decimated 300,000 of his soldiers. Blinded by his desire to be a glorious sovereign, Napoleon made a fatal mistake. He did not know when to pause and renew his strength.

When Jesus sent his apostles to preach repentance, to heal the sick, and to cast out unclean spirits, they were so successful that people followed them back to Jesus. They crowded around, leaving no leisure time even to eat. The last time this happened the relatives of Jesus tried to seize him saying, “He is out of his mind.” He was working too hard, racing the clock, living in a rush, trying to do more than time permits. It was hectic. Jesus wanted some quiet time with his apostles in a solitary place where they could be alone for a while to renew their strength, just as people do today by going to a monastery for a few days, or even by joining one.

So they retreated by boat across the Sea of Galilee to find a solitary place away from the noisy crowd. What could be more appealing to the apostles than time alone with Jesus? But like Napoleon's troops, their retreat would not be successful. While they were rowing four miles across the lake, the crowd ran ten miles around the lake, gathering even more people as they went. When the boat arrived at the other shore it was no longer a solitude. The crowd was even larger than before. Unable to hide their irritation the apostles said, “Send them away!” And why not? It was Jesus himself who suggested they go to a solitary place. Resting and rising, working and sleeping, business and vacation belong to the natural rhythm of life. Napoleon neglected it and his dreams of sovereignty over many nations perished. 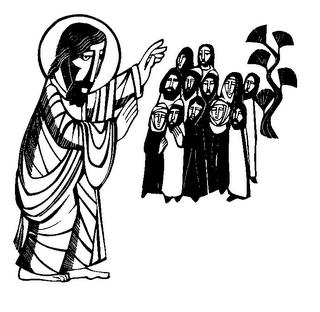 But for Jesus sovereignty over people and nature was not a goal to be achieved. It was a reality to be revealed. Under his rule all things work together for good, even when the balance of life is disrupted. By seeking time to rest and pray, Jesus taught us the wisdom of stepping back to renew our strength. But sometimes our responsibilities, people's demands, and unexpected circumstances disrupt our lives in spite of our best efforts. Jesus is about to show that the Providence of God is able to bring good out of everything that happens for those who love and trust in him.

Jesus did not react with irritation and impatience when his retreat to a lonely place did not go as planned. Instead, He felt compassion for the people, the kind of tender love a mother feels for her children when they are hungry and troubled. Jesus and the apostles sought a lonely place to eat by themselves. They end up in a place with more than five thousand people whom Jesus feeds with a few barley loaves and two fish. The apostles were irritated and anxious. But Jesus reveals that in the Providence of God all things work together for good for those who love him.

In monasteries we try to live a balanced life not only of prayer, reading and work but also of resting and sleep. St. Benedict provides more time for resting and sleep than for anything else. He writes that the novitiate is a place where novices will study, eat and sleep; the community will rise at the eighth hour of the night with their rest completed; after the midday meal they will rest on their beds until the office of None. But even in a well balanced day things don't always go the way we want. Sometimes newcomers can't adjust to our life not from lack of rest but from lack of trust. They haven't given up being governed by their own self-will, their own sovereignty. Their dreams of becoming monks or nuns fail because they do not trust everything to the tender love of God.

In years past, Fr. Canice and Fr. Joseph Knapp were novice masters at New Melleray. They wrote notes about the postulants and novices who left the monastery from lack of a little patience and trust in God. They write: “Michael is sincere but hard headed; the brother next to Bernard got on his nerves; John left in a rage today over a delay in reception of the novice's habit; Edward was afraid of farm animals; George left to enter the Carthusians-now he's married; Raymond became intoxicated and left the next day-a real bum; Clarence is frequently crying-kissing statues-saying he trusts no man; our life was too strenuous for Richard; Kieran has illusions that the communists are attempting to persecute him; David is lazy-self-willed; Charles had a hard time getting up in the morning-he had no relish for this life; Norman finds everything hard and boring; Joseph was a good man with a strong back but a weak head; Francis left the day after arriving; Matthias had habitual loud belching and nervousness; Gary was very anxious over his money; Patrick left for the Carthusians, but didn't stay; Andrew is not submissive; Edmund is scattered brained-lazy-but a good boy; Gerald has uncontrolled fits of quiet laughing and lacks the spirit of sacrifice; James finds obedience too hard, he went to Grand-Chartreuse; 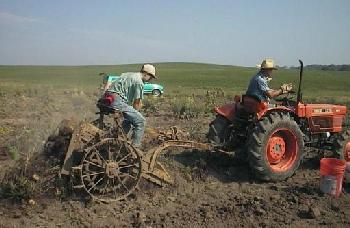 Larry found the abbey too cold in the month of June; Peter is a good boy but without much piety; Philip is arrogant and over-bearing; Daniel wants to apply to the Carthusians; Ryan refused to reveal his age; Chris is scrupulous-not at peace; John experienced dryness at prayer; Alex concealed that he was on parole; Donald left for the Camaldolese; Herbert mumbles and shakes in choir; Lawrence decided to seek greater sanctity elsewhere.” We can't persevere in our monastic or Christian vocations by our own will power, but only by the grace of God, by letting go of self-will to live with love under the reign of God.

St. Benedict wisely writes, “If a certain strictness results for the amendment of vices or the preservation of charity, do not be at once dismayed and fly from the way of salvation, whose entrance cannot but be narrow. For as we advance … our hearts expand and we run the way of God's commands with unspeakable sweetness of love.” May we be steadfast, trusting the Lord to bring good out of our frequently hectic lives, and to provide us with the food we most need, the Bread of Life and the rest we need as well.

For when Jesus saw that the people were coming “to make him king, he withdrew again to the mountain alone.” He was already king, with sovereignty over people and nature, and with an enormous task ahead of him. But he knew it was time to get away and rest awhile. The tender love of God takes care of us, giving us the Bread of Life and times of rest.