As a young man fresh out of college, unchurched, and working and dating, I often used the lyrics of popular songs as inspiration in place of scripture. I recall one song from that time that spoke to me. It said, “Late at night, the big old house gets lonely; I guess every form of refuge has its price.” Jeremiah and Jesus say that today. And St. Paul gives us the specifics.

What the lyrics and the readings tell us is that INTENTION is very important to the kind of person we become. It forms the second of two aims of our hearts: to avoid a break; and so it forms where we seek refuge. The secular term for what it forms is “character”; the spiritual term is “sanctification”. Intentions form our choosing, and choosing is more specifically what the lyrics and today’s readings are about. St. Paul tells us that the choice is specifically whether to believe in the resurrection of Christ and from there in the promise of our own resurrection. 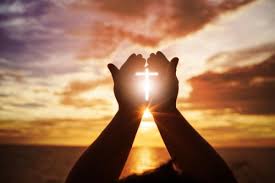 What do we seek refuge from? We seek refuge from being confronted with our inadequacies and consequent dependence on something else; in others words, from humility. Jeremiah says “cursed” is the one who seeks refuge (i.e., protection) in human cleverness, in managing well. Seeking refuge in managing well happens when satisfaction and self-promotion is one’s chief intention. This intention is formed when we forget first principles (i.e., the grand design…and Designer) and think in terms of causes that are close by (who can promote us, who has distressed us). Jeremiah says the price for seeking refuge here is lack of divine nourishment. Eventually hope is dashed. 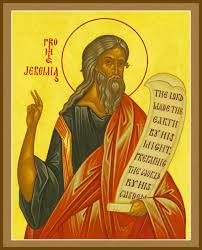 “Blessed”, Jeremiah says, “is one who trusts in the Lord”, who seeks refuge in the Lord. The price for this can be a “separateness” from those around us, even fellow monastics. That can be very painful. But “separateness” is what the word “holy” means. “Blessed” or “Happy” is not often our first reaction.

The same can be said for Jesus and His “Sermon on the Plain”. The idea of being poor, hungry, weeping, and hated does not make a good first impression.  But both men are talking about the object of our faith, hope, and love. These beatitudes are a way of disarming our hearts. Before we can feel “blessed”, we often must feel the “woe” of being rich in some respect, full and satisfied, merry, and well thought of by those who trust in themselves and others. (Our hearts are well-guarded!) When we have “wrung-out” the things of this world, when we have sought refuge in them and ended up woeful, we are ready to feel blessed by nothing more than the presence of God.

But first, Jesus says, we must disarm our hearts so they can pursue the first aim of the heart: to unite with what it loves. 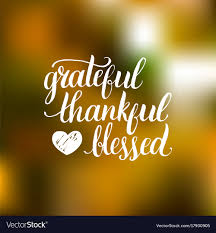 Perhaps the great challenge in all of this is the one St. Paul alerts us to. The refuge we seek for being poor, hungry, weeping, and hated comes in the next life.  That is part of the price we pay for seeking refuge in the Lord. It separates us from non-believers. “Your reward will be great in heaven.” Jesus says. We have to wait. Then we will be united with what we love.

That is why Paul emphasizes faith in the resurrection of Christ and thereby our own resurrection. It is not belief in the resurrection as an event, but in the One who raised Jesus and has promised to raise us. The Christian life is not primarily a task to be accomplished, or an ideal to be achieved. It is a fact to be lived out. Living with that intention is a gift and it sanctifies. 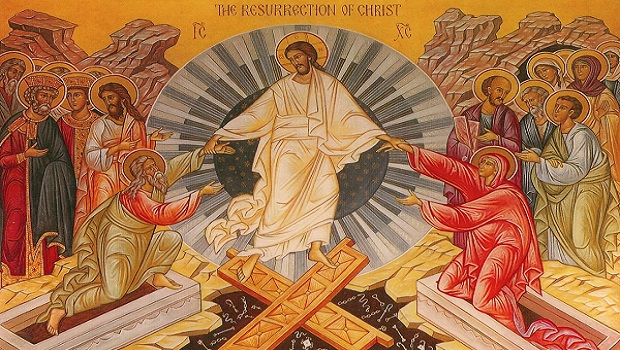 If you count all the verses before and after this one we chanted at Lauds this morning, you will find that this one is at the very center of the bible. Remember this: “It is better to take refuge in the Lord, than to trust in humans” (Ps. 117 [118] .8).