Solemnity of Saints Peter and Paul 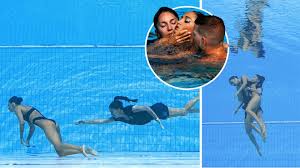 This past week, there were pictures of a woman swimmer who had become unconscious being rescued by her instructor.  The dramatic scenes of her being pulled to safety were captured by someone taking films of the event.  The swimmer was unconscious and no longer resisting the danger she was in.   Only her instructor was alive to what was happening.

The images captured the situation most of us are in.  We are oblivious to the dangers that threaten us, unconscious or in denial about the real evils that imprison us.  We walk around, absolutely convinced of the rightness of our views even when they are slowly destroying ourselves.  No one can tell us we are in any error.  We live in a closed system constructed by our self-deception.  Interventions fall flat.  If someone does not admit they have a problem, no amount of therapy is going to make a difference.  Scientists can predict environmental catastrophe, but the forces of habit and needs for productivity cloud our attention. 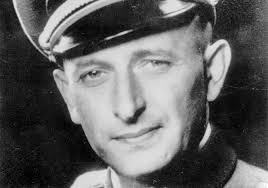 Some years ago, Hannah Arendt wrote a book about the trial of Adolph Eichmann in which she coined the phrase the banality of evil.  Eichmann did not look or act like a monster.  She said he was terribly and terrifyingly normal.  Evil had become the commonplace functioning of the system, unrecognizable because it had made thinking and personal responsibility unnecessary.  It was the coexistence of normality and bottomless cruelty. The gates of the netherworld close in around those who have lost contact with their humanity, their human sensitivity. They are not some remote apocalyptic challenge, but an imminent lure to betray what is the source of our true freedom.  Coming out of the prison, Peter recovered his senses and said ”Now I know for certain that the Lord sent his angel and rescued me from the hand of Herod.”

Both Peter and Paul knew they had been rescued.  They came face to face with the Lord.  Saul, why do you persecute me?  Who will rescue me from this body doomed to death? Thanks be to God through Our Lord Jesus Christ!  Peter, who do you say I am? Do you love me?  They were pulled out of their blindness to the reality of God and the gates of the netherworld to breathe the Spirit who raised Christ from the dead.  They were restored to the spiritual senses which detect the cruelty done to humanity in the name of normality.

Paul had been a man so devoted to the integrity of the law as a system that he felt entirely justified in persecuting and killing the followers of the Way.  Peter was “the first responder” who took the initiative in responding to Jesus.  His impulsiveness was fueled by fear which was uncovered in his denials of Jesus.  Paul now consults with others.  Peter is remarkable for his ability to reform his own behavior and learn from the wisdom of others.  They did not receive the role in the Church from their natural virtues of eloquence or management,  from flesh and blood.  They were brought to new life through the revelation and gift of God’s forgiveness.  It was because they knew they did not deserve this grace that they were able to let this new life prevail against all systems that work to confine and imprison the human spirit.  Their lives were poured out as a libation to bring liberation to a world still unconscious and not able to really breathe or love on its own.