Solemnity of St. Bernard of Clairvaux at Mississippi Abbey

Homily for the Solemnity of St. Bernard of Clairvaux at Mississippi Abbey

A Native American chief was nearing the end of his life. H was trying to decide which of his three sons should succeed him as chief. He called them together and told each to journey to a distant mountain, climb to its summit and bring back the thing the son thinks will be most helpful in leading the people.

After several days the first son returned with flint stones saying they would be good for arrow and spear tips for hunting and defending against enemies. “Our people will never live in fear,” he said.

The second son returned a few days later reporting that while journeying to the peak he went through a forest rich with wood for fires so the people would be warm in the winter and able to prepare food.

The third son returned empty-handed. He reported, “When I got to the summit I found nothing worth bringing back. Then I looked out over the horizon. In the distance I saw a beautiful land of mountains and meadows, with fish and animals. It was so very peaceful. I was late returning because it was so beautiful to see.” 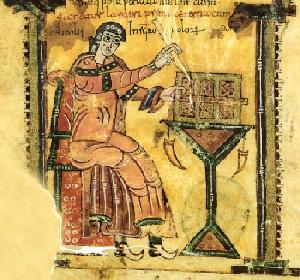 Burning desire is what brought each of us to this new land of monastic life. It is the shared affection that, when honored in one another as most important to us as a community, actually forms us as a community. And today we remember our Father and great theologian of desire, St. Bernard of Clairvaux.

Desire is at the heart of all spirituality. It powers it. The whole concern of spirituality is with how we focus desire. Desire begins with awareness of our incompleteness. We can try to fill it with defenses and prosperity as the first two sons did, but the most fundamental human desire is for transcendence, for freedom from the bondage of self. This happens, as our first reading shows, when the value we once placed on other things begins to change and our emotions follow along in the transformation. For this we need what the third son found: openness to the future.  That is what St. Bernard offers us.

Doing well at being human at least partly means being well moved. Thus the “Song of Songs” begins with saying “Draw me after you…” (1.4) Bernard writes, ‘She who asks to be drawn wills to be drawn; she would not have asked if she possessed the power to follow her loved one of her own free will. For…as long as one is burdened with this mortal body … cramped by necessity and tormented by sinful urges…one is certainly not free to follow the bridegroom wherever he goes” (Sermon 21.1). Bernard says this request to be drawn will be answered “with a desire that is vehement… an instilled eagerness to advance in holiness” (Serm. 58.2). In short, he tells us that we are “moved by the same Spirit as the Son” (Serm. 8.9). Today’s gospel says that the goal of desire is to become one mind and one heart just as are Jesus and the Father.That is the very essence of the imitation of Christ. 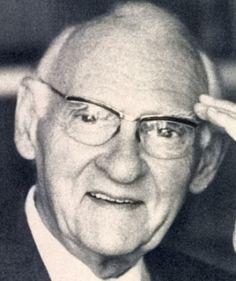 Bernard writes about being “well moved.” Our first reading today emphasizes his concern with that. The intrinsic value of wisdom is preferred to riches. In the second reading Paul is moved more by his need for a savior who can give “citizenship in heaven” than the short-term satisfaction of “earthly things.”

Bernard is saying that our desires lead us to form intentions. Intentions are like a torch that lights up our path so we can identify obstacles. Obstacles and lesser desires that routinely come up in earthly life make it necessary to launch a variety of projects to deal with them. Bernard is telling us that our intentions with these everyday projects must be harmonious with the dominant direction of our life.This dominant direction/intention is the torch in whose light we form our affections and beliefs and evaluate obstacles and everyday projects. This dominant direction will determine the sort of person we will become. It is what marks one as a person of integrity.

St. Bernard teaches that the dominant direction of a Christian’s life is union with the bridegroom: Jesus Christ Who takes us to the Father. Is our core desire harmonious with that? Each person has a natural core desire that she must know. For those drawn to community life this is often a desire to belong…to belong to a community of shared affection for what matters most. Bernard urges us to beg for an increase of our desire so that we are drawn to love what we can never lack when we love it. To this we make our vow so well described by Hans Urs von Balthasar:

“True Love wants to outlast time. For that reason it wants to rid itself of its most dangerous enemy: its own free choice. Hence every true love has the inner form of a vow; it binds itself to the beloved.”

After all, we become what we love.