Solemnity of St. Joseph and Jubilee of Br. Walter

Solemnity of St. Joseph and the Jubilee of Br. Walter

Greatness is sometimes hidden in humble packages. Albert Einstein did not speak until he was four years old, and could not read until age seven. His teacher called him “mentally slow and adrift in foolish dreams.” The famous French sculptor, Rodin, who carved that great work of art called “The Thinker,” was described by his father as an idiot. Three times he failed to gain admittance into art school. Beethoven’s teacher said he was “hopeless” as a composer. Winston Churchill suffered a lifetime of setbacks starting when he failed sixth grade. Rudyard Kipling was rejected by the San Francisco Examiner with the comment, “You just don’t know how to use the English language.” Like all of these so-called “losers” who went on to such stunning success, St. Joseph must have considered himself a loser. First he was faced with the trauma of realizing Mary was pregnant, and later he was unable to protect the child Jesus except by fleeing his homeland with Mary and the child to become refugees in Egypt. His contemporaries would have laughed at him if he had told them about his dreams.

Joseph took Mary into his home. She bore a son, and Joseph named him Jesus. An ordinary carpenter, a devout wife, and a child. It was a family hardly worth noticing, unless you knew that the boy was the Son of God, and Joseph’s wife was the Mother of God and would become Queen of the Universe, and Joseph himself was the guardian of God incarnate, and of the Church that is the very Mystical Body of Christ. Their greatness was hidden in humble packages. 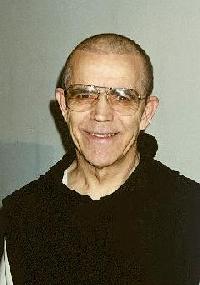 Nor did anyone sit up and take notice when a youthful twenty-two year old lad of German descent came to join New Melleray in August of 1946. Two and a half years later Br. Walter made his first profession of vows on March 19, 1949, the feast of St. Joseph. Fifty years have passed by. Today the Cistercian Order and the Church itself breaks silence in order to take notice of Walter’s fidelity. We celebrate his continuing perseverance in a life entirely dedicated to prayer and to service of his brothers in community. It is a Jubilee, which means “a shout of joy.” Even the season of Lent is interrupted so that we may celebrate the Solemnity of St. Joseph and Walter’s 50th anniversary.

Br. Walter, your life has something in common with the life of St. Joseph. St. Joseph was probably quite a young man when he took Mary into his home. Rabbis at the time of Christ taught that men should be married between the ages of 13 and 19 . Our mental images of St. Joseph as an older man with a streaks of gray running through his beard come from the art of medieval painters. They did not think that a youthful, handsome lad would be put in the same house as a virgin consecrated to God. But in the catacombs Joseph is always shown as a young beardless man, hardly much older than Mary. To these two youngsters the Savior of the world was entrusted. And like the Savior, they lived their lives in virginity, following a path that neighbors would have ridiculed if they had known about it. Chastity, virginity, and celibacy are not popular virtues in our culture today. But in the theology of John Cassian the pursuit of chastity is the centerpiece of monastic asceticism because it prepares us for contemplation. That is why we take notice, and raise a shout of joy on the 50th anniversary of your profession of vows, especially that of consecrated celibacy. It is a gift that likens you to St. Joseph.

You have something else in common with him: poverty and heavy responsibilities. You had to take on responsibility early in life. Leaving school at the tender age of 12, you helped your brother Victor run the family farm after the death of your father in the middle of the Great Depression. You experienced poverty and hard work, milking cows by hand, and plowing fields behind four horses, or five if the ground was hard. That extra horsepower made a big difference. And when you came of age, following the example of your older brother, Fr. Martin, you entered the Croisures.

I heard you say that you had a secret motive in your heart. You wanted to escape the sweat and tears of farming in those difficult years. But you didn’t escape it, because, five years later, when you joined New Melleray, the Lord, who has a sense of humor and who is our true novice master, put you to work on the monastery farm, at the dairy barn.

Like St. Joseph the Worker, your life manifests the value of manual labor. Monks ought to live by the work of their own hands. At the age of 75, when most people have been retired for many years, you continue to serve the community by caring for the sick in our infirmary. The three brothers you take care of also live in humble packages. What is more humbling than being in a wheel chair all day, dependent on others? But there is tremendous greatness in those three monks, and in the brothers who care for them. We thank you for your labors of love, year in and year out, for over half a century. For this the Cistercian Order, the Church, and everyone here present raises a shout of joy.

We are encouraged by your example. We know that within the humble package that forms the envelope of your life on earth, there exists a greatness that comes from God, that will only be seen in all its splendor when we are gathered together in the kingdom of heaven. There it will be seen what a stunning success your life has been. May God keep you in holiness, and bless you all the days of your life!

Now, let us bless our new Jubilarian and witness the renewal of Br. Walter’s vows.