Solemnity of the Nativity

Homily for the Solemnity of the Nativity

The Scripture readings for the Day Mass of this Solemnity are very heavy in their content and don’t make for easy listening.  They take us from before the cosmic story got under way, all the way through the final consummation in the exaltation of Christ.  They are almost too much to digest, They stop us in our tracks.  Narratives of shepherds and mangers and magi appeal more readily to our imaginations.  These have generated centuries of creativity in art, music and literature.

But perhaps it is important for us to stand still and silent before the mystery we are celebrating.  In most Orthodox Christian churches, there is an iconostasis—a wall of icons separating the congregation from the interior of the church where the mysteries are celebrated.  It proclaims:  this is another world.  A world where mystery and the unseen dominate.  The very recognition of this difference is what begins to let that world appear.  Not as a parallel or alternate world.  Not as a private or subjective world.  But as the real depth of this world.  What is visible lures us into an acknowledgement of the invisible. 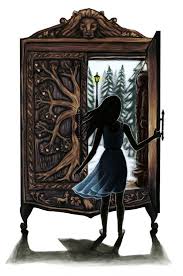 Literature, especially “children’s” literature, is comfortable with confronting us with the need to cross the threshold from the everyday to the mysterious.  Alice in Wonderland, the Narnia stories of C.S. Lewis, Tolkien, and Harry Potter all have doors, closets, holes which are threatening and challenging invitations into another world.  Entering them by taking the risk opens the way to life-changing adventure.  The world of the normal must be shed before the new world can be perceived.  Seeing the world differently requires that we become different ourselves.

Entering the world as transformed by the incarnation of Christ means assuming a defiant approach to this world.  Attending to the sacred, the holy and mysterious, and the invisible will mean defying the standards and expectations of a world dominated by its own logic.  It cannot be contained by a world which operates on principles of indifference to the needs of the underprivileged, of a meritocracy in which those who have will get more because they really deserve it, of technology which would only be slowed by concern for personal values; of adoration of the profit motive which reigns over all considerations.

This voice of defiance finds expression in the very excesses of this season.  Everything in excess: lights, travel, food, liturgy, cards and greetings, gifts.  We exchange cheery wishes with strangers on the street.  It seems to be what the season and feast call for.  The real nature of our humanity breaks out and we sense what our humanity might be capable of.  Hidden capacities are brought into the open and made alive.  They are redeemed. 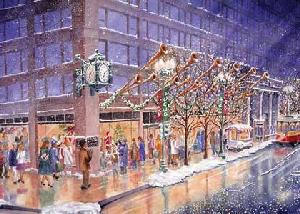 St. Bernard says that we share three qualities with God that have not been lost, only covered over: Freedom, Immortality, and Simplicity.  Simplicity is the spontaneous manifestation of the whole of one’s being in presence and action.  Our paramount experiences of joy are also experiences of simplicity.  There is no division or withholding.  Everything is in excess.  We are called to live in and from the excess of God.  To live in the simplicity and joy that is our true and redeemed nature.

Jesus Christ is Himself the ex-cessus of God—God sent His son into the world.  But our freedom is the freedom to accept or ignore Him.  He was in the world, and the world came to be through him, but the world did not know him.  He came to what was his own, but his own people did not accept him. Perhaps part of the reason they did not accept him was because they were stopped in their tracks by the excess of the grace he brought into their lives.  It requires humility to receive when and where we know we are undeserving. 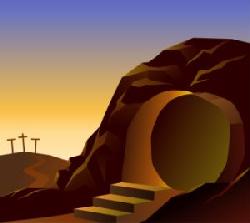 It would totally change our lives.  It seems safer to keep life within limits, within controllable bounds.  Mercy, generosity, love, forgiveness live only in excess.  They overrun boundaries.  What we most need and want is what we are most afraid of.  Humility and simplicity are the forms in which God makes himself known. No one has ever seen God.  The only Son, God, who is at the Father’s side, has revealed him.  Christ did not come in humility as a feint, as a pretense to lower Himself to our level.  It is His very nature to be humble, to receive the unmerited and excessive love of the Father, and to be transformed in that love.  (We never sense that we deserve the love of another.)

Without humility and simplicity, we cannot see God.  We will not have the receptors or hard-wiring that sensitizes us to His presence among us. They are the nature we share with Him in our humanity. In humility and simplicity we can say:  We have seen His glory.  All the ends of the earth will behold the salvation of our God.