The Feast of the Chair of St. Peter

Without too much effort most of us can probably recall a time or times in which we thought we had a good insight into the situation, only to discover that we were mistaken. There are a number of possible reasons. I may not have been paying attention to what was happening. There may have been a subtle nuance in the situation that I overlooked. All the information necessary for a correct understanding may not have been available. The list can be extended. If we shift attention from more mundane concerns to discerning the presence of God and his action in our lives, the challenge to insight goes beyond our natural capacities.

Put yourself in the company of the disciples at Caesarea Philippi when Jesus asks them who people are saying that he is. The answers they give make sense in the context of their time and culture. If we were not looking back through two thousand years of Christian history, could any of us have done any better? When Jesus asks them who they say that he is, Peter answers that Jesus is the Messiah, the Son of the living God, but Jesus is clear that Peter did not figure this out on his own. It was God’s choice to grant Peter the faith to see beyond the conventional expectations of his situation into the truth of God’s revelation. 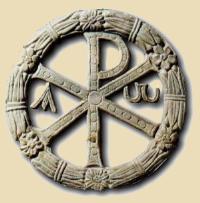 Peter’s gift of faith was not meant for him alone. Because of it, he was the foundation on which Christ would build his Church. It isn’t necessary to read much further in the gospel to see that the foundation was not as firm as the image of a rock might lead us to expect. But are we limiting ourselves to conventional expectations? The New Testament does not present Peter as fulfilling conventional expectations of an ideal leader, either ancient or modern. The evangelists are candid in presenting Peter’s shortcomings. Peter too was aware of his shortcomings, to the point of tears. Yet he continued in the faith that Jesus was the Messiah, the Son of the living God, and he remained the rock on which Jesus built his Church.

That does not mean that Peter was not misunderstood. He was challenged by some in the community when he baptized Cornelius and his household. Nor does it mean that Peter was always right. Paul corrected Peter at Antioch when he saw that Peter’s behavior was denying the gospel. Controversies and misunderstandings are nothing new in the life of the Church. Even a cursory reading of the New Testament reveals that they have been with us from the beginning. Perhaps we too easily overlook the fact that faith in Jesus as the Messiah, the Son of the living God has brought the Church through centuries of misunderstandings and controversies. By conventional reckoning the Church should no longer be in existence, but here we are.

There is certainly no lack of misunderstandings and controversies in the Church today. For some the scandal has been too great and in a variety of ways they have given in to discouragement. If we limit ourselves to conventional wisdom, helpful as it is, that is probably inevitable. As for Peter and the other disciples so too for us, following Jesus calls for strong faith. Let us ask God to strengthen our faith as he strengthened Peter’s faith.