The Solemnity of Saints Peter and Paul

Solemnity of Saints Peter and Paul

It is characteristic of God’s revelation that it is never simply some information about God that we lacked before. God’s revelation is always a personal revelation, and because revelation is about who God is as a person, it is also revelation about who we are. When Jesus asked the disciples who they said the he was, he was not only asking about his own identity. Implicit in his question was who they said they were. Peter’s answer that Jesus was the Christ, the Son of the living God gave meaning to what it meant to be a disciple. Further, Peter was told specifically who he would be.

Paul’s encounter with Christ on the road to Damascus followed the same pattern. When Paul asked who it was that was addressing him, he was told that it was Jesus whom he was persecuting. It was an experience that transformed Paul to the core of his being. He was also told to go into the city and he would be told what he was to do.

Who Christ is for each one of us is also a revelation of who we are. If I know Jesus as an admirable person and an ethical teacher, I may well be inspired to lead a better life and become a better person. If I know Christ as the incarnate Son of God who has addressed me personally, all of reality, including my self-understanding, has been transformed. I no longer simply have a future that I need to figure out and work towards bringing into reality. I have a future that is beyond my figuring out and that is beyond my ability to bring about. My future lies hidden in God’s future and God’s future lies hidden in God’s freedom. 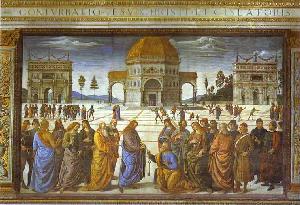 Neither Peter nor Paul knew what was in store for him when he began following Christ. None of the disciples did, and it had nothing to do with their intelligence. They discovered their future and their identity in the experience of following Christ. Revelation both of God and of themselves came through their successes and their failures, their joys and their suffering, their hopes and their disappointments. God’s revelation came through the stuff of life. It was revelation for them not because they could figure it out, but because Christ was present revealing who he was and revealing who they were. It is the same stuff that makes up our lives and it will be revelation for us not because we can figure it out, but because, if we look with the eyes of faith, we will see Christ revealing himself to us and revealing us to ourselves.

Christ asks each one of us, who do we say that he is? If we hear with faith and say with Peter that he is the Son of the living God and are faithful to that revelation, we will be able to say with Paul that we have competed well, we have finished the race, we have kept the faith.

The Solemnity of Saints Peter and Paul

Twin boys, newly born and cradled in a basket, were thrown into the raging flood waters of the Tiber. Their greatest danger, however, was not the river. The basket floated safely out of the main stream into a stretch of standing water and drifted to the shore. The heat of day, the cold of night and lack of food would have killed them, but their greatest danger was not exposure and famine. Lurking nearby was a wolf, quenching her thirst at the river’s edge. She caught the scent of human flesh and heard their cries, but the boys’ greatest danger was not a ravaging wolf, for she chose to nurse them, suckling them with her own milk and licking them with her tongue. That was how the twins, Romulus and Remus, were found and reared by a passing shepherd, a descendant of an aborigine named Latinus, seven hundred and fifty years before the birth of Christ. Those were the days when walled cities were being built for mutual protection. The boys grew and were seized by a desire to build a city of their own in the place where they had been exposed to die. A multitude of Latins and other shepherds joined them. But the greatest danger the twins faced was not from hostile clans. The greatest danger was in their own hearts. Each brother wanted to rule the city and to name it after himself. Inflamed by the passion of evil ambition their dispute grew hot and led to blows. Remus fell, killed by his brother. Romulus became ruler of the new fortified city, and named it Rome. Conflicting ambitions continued to mark the rule of Rome down the centuries: kings against patricians, a senate of patricians and two consuls against the underprivileged plebeian class. The rise of powerful military commanders dividing ambitious senators against each other and causing civil wars until Julius Caesar prevailed. Ambition drove Caesar to seek more than the title of a king. He wanted to be a god. Within two years he was he was assassinated by his friends. Civil strife continued until Caesar’s adopted son, Octavian, defeated Mark Antony and became the first Roman emperor, Caesar Augustus, during whose reign Christ was born in Bethlehem. It was during the reign of Nero, the last emperor of Caesar Augustus’ line, that Peter and Paul were martyred in Rome. The beginnings of the Roman Empire, built on ambition, were paralleled by the beginnings of Christianity built on the mystery of Christ’s love on the cross. Imperial Rome rose and fell, but Christian Rome, sanctified by the blood of martyrs, endured. Peter crucified upside down, and Paul beheaded by the sword did more to ennoble and sanctify Rome than all the ambitions of the emperors and patricians. 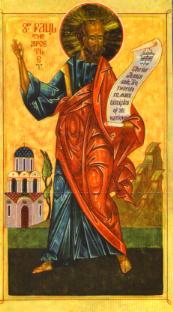 Pope St. Leo the Great, celebrating this feast day in the fifth century, says to Rome, “[Peter and Paul] have given you a better and happier foundation than [Romulus and Remus] who first laid your walls. The one whose name you bear defiled you by murdering his brother. But [through] our founders … you are exercising your influence over lands and people more remote than during the time of your greatest imperial might.”

Before Peter and Paul sanctified Rome by martyrdom they were first sinners, as ambitious as any Roman aristocrat. The disciples of Jesus argued about who was the greatest, who would sit at the right and left in the kingdom, what they would receive for following Christ. Saul, too, was so extremely zealous to advance beyond many of his own age that he more than anyone else persecuted the church violently and tried to destroy it. Jesus warned against ambition: the first will be last, let the greatest become as the youngest, and the leader as one who serves, to enter the kingdom one must become as a child. Yet his teaching did not prevent Peter from swaying like a reed in the wind, from being unmanned by the passing remark of a maidservant, from stumbling into a sin so great that St. Bernard writes, “perhaps there has been none greater”

It was not the teaching of Jesus that gave his disciples strength to overcome the dangers of the evil thoughts coming out of their hearts. It was from Christ’s love in his Passion that they received their strength as Christians. The suffering of Jesus pierced Peter with a loving but sorrowful glance. It converted Paul on the dusty road to Damascus with the words, “Why are you persecuting me?” When the mystery of Jesus crucified is the source of our love, he strengthens us against self-seeking ambition and evil desires. Willingness to give up everything with the naked Christ is the principle of recovery by which those guilty of terrible sins may not only be saved but even become holy.

Peter and Paul were sinners before they were saints. Like so many others they followed the dangerous passions of their own hearts until Jesus showed his love for them upon the Cross. Then they willingly gave up everything to be with Christ. They sanctified the soil of Rome with their blood because they did not cling to the glory of Rome with their hearts. For they had a better homeland, citizenship in heaven, where Christ gives what emperors desired and lost, participation in his divinity.