The Twelfth Sunday of Ordinary Time

One day several years ago, I was taking a walk and found a little sparrow lying on the ground with a broken wing. He looked terribly vulnerable lying there on his back in the middle of the path, his little heart beating like mad as he watched me approach, and I said to myself; “I can’t leave him there. I have to help him, at least set him some place where the cats won’t get him.” So I bent down to pick him up and no sooner had in my hand than I saw his little body start shaking all over, go rigid, and then become perfectly still. He was dead. My sincere efforts to help a little bird had evidently induced in him a massive heart attack. I said to myself: “Ooops . . . . I guess I need to learn more about how to be helpful to a sparrow.”

Recently, at a meeting in Rome with thirty other monks and nuns from all over the world, I was talking one night at supper with a monk from Sri Lanka about the United States’ military intervention in Iraq. He had a definite opinion on the matter, but what struck me most was the anxiety awakened in him by our country’s actions in Iraq. He seemed actually to be quite afraid of the United States. When another American monk at the table tried to reassure him that our president’s intention was to help the people of Iraq; to assist them in establishing a more democratic form of government, the monk from Sri Lanka got very quiet and still —  a sign, I realized, that these reassurances were making him even more frightened than he was before.

I tell you a story about a sparrow and about a monk from Sri Lanka, because they have something in common with each other, and with us who are gathered here this morning: I mean the condition of vulnerability. We are all vulnerable. We are all sparrows lying in the path of mighty forces over which we have little or no control.

In today’s gospel we see Jesus who has come as Savior to the weak and the vulnerable. Jesus has come to show us a path to salvation from all the danger and uncertainty of life in this world. Jesus has come to help. The problem, and it is the age-old problem is—how. How do you help those who are very weak, and vulnerable and afraid?

Peter thinks he knows how, and in the presence of all the disciples triumphantly declares of Jesus: “You are the Messiah!”   Now, Peter is excited about the arrival of the Messiah, in part, because of his sincere love and concern for the weak and vulnerable in Israel. He wants to help. His announcement that the Messiah has come is very exciting. Does it help?

In Israel, the figure of the Messiah was associated with national and political aims. Individuals rumored to be “the Messiah” were generally soldiers or politicians. The Messiah that Israel looked for in the future, was often envisioned as a king. Consequently, Peter’s announcement that the Messiah had arrived, while it might come as good news to the poor in Israel, was very likely to enrage the man who happened to be presently reigning as king. Is that going to be helpful?

Three wise men once announced that a King had been born in Bethlehem, and they rejoiced, but Herod, hearing the news, began trembling like a sparrow. He was really frightened and that was a problem, because when men are frightened they tend to get aggressive, and this man had an army at his disposal with the result that, the next day, many of the most vulnerable people in Israel—every first born male under the age of two—were killed pitilessly by the sword. The three wise men’s announcement that a great King had arrived was a memorable moment—very edifying. Did it help?

President Bush declared American soldiers the “liberators” of thousands of helpless Iraqis victimized by Saddam Hussein, but Iraqi’s couldn’t remember inviting these liberators and were so frightened at the sight of American soldiers entering their country en-mass, they began shooting at them—and they are still shooting at them. Our intention was to help. How do you help people who are very weak and vulnerable? It’s not as simple a task as it may first appear.

Maybe there are puzzles in life that only God can solve. The good news of today’s gospel is that God has solved the problem, not by sending a messiah but by sending THE Messiah: Jesus Christ the unique and absolutely sovereign Lord. The Son of God, Savior of the weak and vulnerable of all nations and all times—is going to die. He is going to willingly die on a cross, be forsaken by the world as a failure, and three days later be raised up to life everlasting which will be shared with all who believe in him. The Messiah reveals to us how GOD helps the weak and the vulnerable—He becomes one of them. Who in Israel – who in all the history of the world foresaw this?

Pilate will give expression to humanity’s astonishment at such a Messiah: “Behold the man“, and his torturers: “Behold – The King of the Jews!” Brothers and sisters—behold the man; look at Jesus your Lord and know who the Messiah is. We don’t know what salvation is, unless we know who Jesus is.

And so, in today’s gospel, Jesus asks the disciples, and he asks us: “Who do you say that I am?” Do you suppose I am a soldier or a politician who fights for a cause until he wins? And if you were to learn that I never in my life took up arms or commanded an army; never sought or exercised political power and that I died disgraced at the hands of petty and vindictive men—would you be ashamed of me? I came not as the messiah the world looked for, but as the Son of God, and I accomplished completely accomplished completely the work God gave me to do. If you believe this, then rejoice with me; in my birth in Bethlehem, my childhood in Nazareth; in my teaching and miracles; in my trials and persecutions; in my rejection and inglorious death—and know WHO you are calling “The Messiah.”

The Twelfth Sunday of Ordinary Time 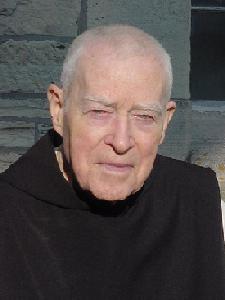 In the gospel this morning Jesus is again teaching his apostles. His lessons are trying to bring them to the realization that it will be difficult to promulgate his teachings and that they will have enemies who will seek to kill them. This is a forewarning. Jesus was not asking them to follow him without realizing the danger involved. “Do not be afraid,” he says, and he repeats it three times. Enemies can destroy their bodies but there is only one to be afraid of, one who can destroy both body and soul. He assures them, “Everyone who acknowledges me before others I will acknowledge before my heavenly Father.”

We know about the fear that enveloped the apostles at a later time when Jesus was arrested. We know, too, how that fear of being apprehended was dispelled when the Holy Spirit, the Advocate, descended upon them and then they fearlessly preached and converted thousands that day.

In the first reading, Jeremiah cries out, “Terror on every side!” He was fearful, even though he put his total reliance on God, “For to you I have entrusted my cause.” He is a faithful witness to God’s power.

Who among us cannot vouch for the fearlessness of St. Paul? He went from fearing the growth of the new Church to his conversion, after which he had no fear. Jesus dispelled all the charges brought against Paul and protected him in his travels. These are examples of faith in God. They are proof that reliance on Jesus’ teaching and complete trust in his word are not in vain.

Fear! In these times and in so many ways fear is prevalent. The fears that troubled the apostles and Jeremiah were different than present ones, but persecution of the faithful continues. Fear can be world shaking. Anyone today can vouch for that. But even more, it can be a particularly personal fear.

Fear of a great disaster, fear of upcoming surgery, fear of death, and who can count the cost of fear? It actually disables some people. Fear can cause depression, especially fear of abandonment by God. It is very difficult to dissuade someone who is caught up in such fear to rely on God. The examples of the readings today ought to buoy up those bent on despairing.

An answer: turn your fears over to God, and let go. A mistake is made, however, if we turn it over to God and do not let go completely. Put fear in his hands, he will take care insofar as your trusting is without fear of his non-compliance. Today we will receive the strength for that complete trust as we receive Jesus in the Eucharist.