The Twenty-Sixth Sunday of Ordinary Time 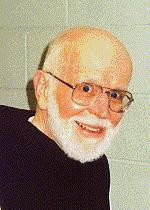 When the followers of Jesus complained that someone — not one of the disciples—was exorcising demons in his name, Jesus said, “Do not try to stop him. Anyone who is not against us is with us.” In Luke’s account Jesus said in the same context, “Any man who is not against you is on your side,” .

The disciples were making an age-old complaint. In the Book of Numbers, as we heard in the first reading, God took some of the spirit that was on Moses and bestowed it on seventy elders, so that they prophesied. But two additional men, Eldad and Medad, were on the list of elders. Even though they were not present with the others, God’s spirit came to rest on them, too. Joshua, Moses’ aide, complained, saying, “Stop them!”

Why do in-groups complain when God gives gifts to others? As if there were limits to God’s spirit. The story of salvation consistently shows that God’s Spirit has no limits. God’s Spirit keeps showing up where we didn’t expect it—and can’t control it. The saving story teems with examples. God didn’t choose Jesse’s oldest son to be king, even though that would have been expected; instead, God chose the youngest son—the least likely.

God did not choose to have his own son born into a powerful family. Instead, the Spirit entered into an unsophisticated village girl, betrothed to a poor carpenter; they would raise Jesus in obscurity, and God’s Son would die a criminal’s death. 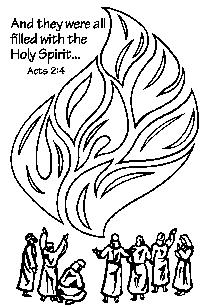 After the resurrection, one of the first big issues that faced the fledgling church was how Paul, who had vehemently persecuted Christians, could be telling the truth when he claimed to be an apostle. How could he speak in God’s name? What could be more unlikely?

Did Peter and the others remember Moses saying, “Would that all the people of the Lord were prophets! Would that the Lord might bestow his Spirit upon them all.”
Paul himself noted the same kind of squabbling in the early Church: “When someone says, ‘I belong to Paul,‘ and someone else says, ‘I belong to Apollos,‘ is it not clear that you are still at the human level?“. He continued, “Neither he who plants nor he who waters is of any special account, only God, who gives the growth,” .

In our lifetimes, the Spirit still shows up where we don’t expect it. Certainly, no one expected Rosa Parks to be so obdurate in refusing to give up her seat and stand at the back of the bus. Certainly no one who had grown up with Jim Crow laws could have expected that such a simple act would give rise to the Civil Rights movement that changed American society forever.

When Angelo Roncalli was elected pope, he was not a young man. He was expected to be a caretaker, someone who could keep things going the way they always had. Instead, he called the Second Vatican Council.

Dorothy Day, Martin Luther King, Jr., Cesar Chavez, Oscar Romero, Mahatma Gandhi, Mother Teresa of Calcutta—each of these did the unexpected. Prompted by God’s Spirit, each did God’s bidding in an unorthodox way. And each was surrounded by people who couldn’t see their vision and tried to stop them. But Jesus said not to stop those who ere working wonders in his name. That amazingly tolerant—and wise—answer came from one who knew God’s loving Spirit intimately. 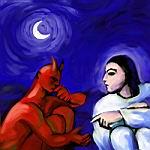 But wait! In Matthew’s gospel Jesus says, “He who is not with me is against me, and he who does not gather with me scatters,” . That seems to create problems. However, Jesus was responding to the Pharisees, who claimed that the miracles of Jesus came from “Beelzebub, the prince of demons“—in other words, by the power of Satan, not of God. Their denial of the presence of God’s Spirit in Jesus was unforgivable: “Whoever says anything against the Son of Man will be forgiven. But whoever says anything against the Holy Spirit will not be forgiven either in this age or in the age to come,” . Strong words indeed! Those who do evil are against us. Those who do good things in God’s name are with us. There are no limits to God’s loving Spirit.

The Twenty-Sixth Sunday of Ordinary Time

The first son “repented” before he went, which indicates that his thoughts and words had changed before he started pruning the vines and pulling the weeds. He did not go to the vineyard in spite of saying, “No.” Rather, he went to the vineyard because he changed his “No” to “Yes.”

If we first say “No,” we may stand a better chance of eventually realizing our need to repent. Our initial “No” may make us more honest about Gospel demands and our own limitations. For if we pronounce an unthinking “Yes,” we may assume that to be faithful and to live the values of the Gospel are easy.

I propose that we deliberately make our first response to the Gospel “No,” and that we list all our reasons for refusing Christ. It is too hard to take up the cross. If we love our enemies they will only take advantage of us. If we don’t worry about tomorrow, the bank and the creditors will take care of it. Let us be candid about how hard the Gospel is.

In our candor let us also acknowledge the kind of world that our “No” to the Gospel produces: children with distended stomachs, stockpiles of weapons that can obliterate life on earth, obsessive fear about money, violence in streets and terrorism.

Perhaps then we will follow the pattern of the son who told his father he would not work in the vineyard. I picture the son walking off to some favorite place on a hill where grapes grow. He is relieved that he has spoken his mind, glad he is free for the day. But as he looks down, he sees his father working alone and realizes how much pruning and weeding and planting need to be done. He remembers what his father had done for him, and the wine and the grapes they’ve shared at the family table. He starts running down the hill,
“Father, I’m coming. Here, let me help the vineyard.” His father looks up from a vine, his face bright.