Homily for the Third Sunday in Lent at Mississippi Abbey

I am told that there is a weekly program on TV now in which a young woman is portrayed as vehemently anti-religious. She uses the story of Abraham and Isaac that we heard last week to justify her verdict. She tells her parents, “Love God? I hate God!”

About 10 years ago a mock trial of Abraham was held in New York. Lawyers argued both sides of the case and a jury found him guilty of manslaughter (It should have been “Ram–slaughter”).

In both instances the people failed to see the most fundamental life-lesson behind the story and the whole bible. It is this: “Love God first and love everyone and everything else for the sake of God.” That, St. Augustine said, is the order of love. That is the theme behind today’s Ten Commandments. That is Jesus’ point in telling the moneychangers to “Stop making my Father’s house a marketplace.” What Jesus understood about human nature -and did not trust- is that it struggles with a divided heart. 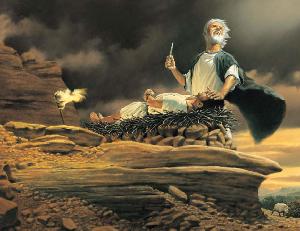 And why shouldn’t one have a divided heart, a variety of loves? The answer is given in the preamble to the Commandments: “I am the Lord your God, Who brought you out of the land of Egypt, the place of slavery.” This is the only motivation for keeping these precepts. We have actually experienced His presence and thus His love, and His goodness. It contrasted sharply with our previous life. It is a power that we do not have. It must permanently impress us as important.

The freedom given is freedom from the bondage of self. The problem with human nature that Jesus sees is self-deception. Sin carries with it an anesthetic. We try to prop up the false self stolen in the Garden of Eden using what Freud called “defense mechanism”, lies. They are lies from the father of lies about what constitutes the true, authentic good that we live for. They are lies about what we should love more than God. So, as John Paul II said, the “law of freedom is the truth about the good.” The truth is to set us free… so the Commandments cannot be coerced.  That is why we must first experience liberation before we undertake the Ten Commandments. Liberation lets us understand the Commandments and choose them on the basis of that understanding. In that way, John Paul tells us, we get a freedom from being 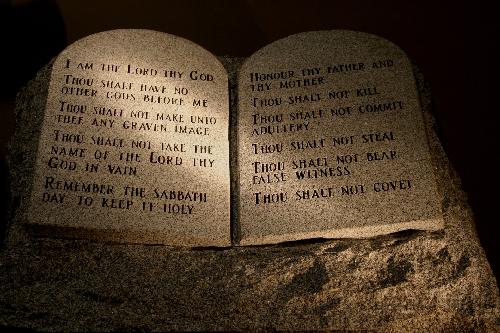 “acted upon” (“circumstances made me do it.”) and a freedom to act through oneself (“I have decided to do thus.”). We are free to act from within self rather than from outside influences. So, the freedom given at the Red Sea was the freedom to act from oneself that prepared them for the principles of the Ten Commandments. It prepared them to understand them and accept them as their own. It still required sacrifice, but the sacrifice was not an imposition, but a response to the presence, goodness, and liberation of God.

With that freedom we can observe the Commands following the pattern of our father-in-faith, Abraham: we can love God first and all else for the sake of God. The first four commandments are about loving God first by loyalty and imitation. The remaining six are about loving all else—in particular our neighbor—for the sake of God. With the first four they form a community unified around a common love. The Israelite community had to answer questions that we, too, must answer: Can God’s people, having experienced His love, endure periods of emptiness and unfulfillment? Can we resist the temptation to go back to the familiar but fatal past? Can we maintain hope in the face of seemingly insurmountable obstacles?

Being a community is important because we help each other remember our liberation, avoid self-deception, and order our love by a God-given way of life. “We, who are on the road, must have a code that we can live by.”

Homily for the Third Sunday in Lent at Mississippi Abbey

Jesus’ mission was to make God known. It is good that it also reveals us to ourselves because we humans are reflective beings, always watching ourselves, trying to do the life-thing right. So we take ourselves seriously.  Lent is a time the Church sets aside for exactly that: taking ourselves seriously. Only humans are capable of taking themselves seriously. That is because of our rationality and our ability to love. These are central to how we think and how we move ourselves to act. They provide us with motivations, reasons we give for what we do and don’t or won’t do.

Taking self seriously means we do not take ourselves as we come. We want our thoughts, feelings, choices, and behaviors to make sense. We want to get things right. We commonly use stories and models to guide us in this. Yet, the ultimate source of authority for getting things right lies not in reason, but in the will (i.e. the heart; in what we love and care about). St. Benedict calls this care, preferring. He tells us to “Prefer nothing whatever to Christ.” 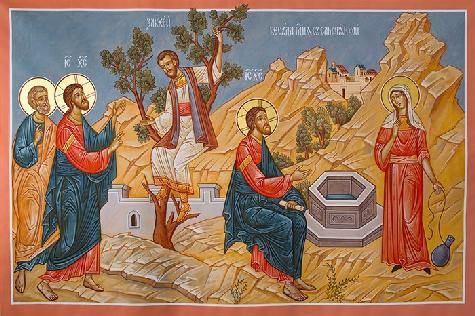 In preferring, we are valuing and relating. Valuing/Preferring is giving meaning to things. That determines our relation to it. Lent is a time to look at our relationship to things and to God; at what we value and how much we value it.

So Jesus refers to 5 husbands the Samaritan woman had. They are the 5 idols the Samaritan people had worshipped, i.e. preferred to everything. Each was called Baal, which is Hebrew for “lord” or “husband.” When it comes to “preferring,” Jesus is saying that this is something to take seriously. He calls us to take seriously what we prefer, what we place our hope in. “Where did our love go?”

That our love went to “all the wrong places” is a given to Jesus; it is peripheral to the story. The point of the story is this: The woman realized that Jesus “told me everything I’ve ever done.” Christ revealed her to herself.          And when He told her her story, she knew that she was or could be forgiven. He revealed God to her. That’s the point. (Remember when that happened to you?) 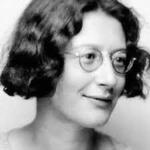 Mystic Simone Weil once wrote that if you really want to know a person, ask the person, “What have you been through?” You see, we take ourselves seriously because we have been through a lot…and some of it is secret. There are choices we have made, feelings we have had, and things we have done that reveal what we really care about.  We do not believe these can be forgiven and that we can be loved anyway. And those secrets are the burden of sin that we all carry. We forget that we are people in transition; becoming what God made us to be. The desire to be loved is the thirst that cannot be slaked. And when Jesus told her her story, she could lay that burden down. She was free…free at last. Somebody knew what she had been through…and loved her anyway. The Father was revealed to her.

When we hear our story told we feel forgiven of our inadequacies. We feel –at last- that we belong; we are united. “Our salvation is made know through the forgiveness of our sins.” So it is the spirit that is freed. The secret is no longer a secret! When we are dissatisfied with our falsehood, we can begin our return to truth. Now, we can worship in spirit and in truth.

So the woman runs to tell her people that “he told me everything I’ve ever done.” “I’ve been forgiven!” And they were eager to get some of that; they identified with her. They proclaimed that they, too, believed not a doctrine, but believed in Him. That’s what Jesus was thirsty for. They recognized Him as truly “the savior of the world” because He did what a real husband would do: He loved them anyway. And in doing that, He made God known. Now that’s the Living Water!