Homily for the Thirteenth Sunday in Ordinary Time at Mississippi Abbey

In today’s gospel, two women are healed as a result of faith. Jairus’ daughter is raised to life following her father’s faith; the woman with the hemorrhage is healed as a result of her own faith. One can choose which woman she identifies with. For nuns and monks, I recommend the woman with a hemorrhage. I recommend the woman for two reasons. First, St. Bernard described faith as a way of knowing. Bernard describes faith as “a voluntary and certain foretaste of truth” that is not clearly understood…but is believed and acted upon because faith without works is just not faith. Living according to reason and the senses, we are never satisfied by them. This is because reason and the senses cannot see the sufficiency of grace. Faith does.

The woman’s initial act of faith was to come out of the crowd. She came out of a crowd where she was ostracized as unclean – today we might say “uncool.”  She came out from a crowd knowing only about the futility of her efforts at human aid.  That futility and social ostracism gifted her with a quality I would wish on anyone in search of a relationship with God: it gave her desperation. Desperation happens when all hope in human resources, especially one’s own, has been dashed. She came out of this crowd and she stealthily touched Jesus’ clothing, convinced she would be healed; convinced of the sufficiency of grace. 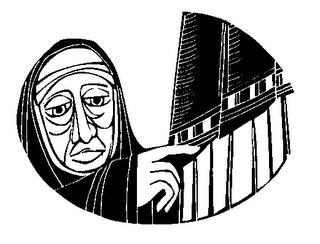 The second emphasis and the second reason I recommend this woman for monastics to identify with is that I really believe that the key point in her encounter with Jesus is not her physical healing. It is the woman’s Call. Jesus calls her out of the crowd just like he called Zacchaeus, the blind man Bartimaeus, and others. They were desperate, too. He singles her out. She is addressed in words meant only for her. She is addressed in a most personal, intimate term that defines her relationship, her new belonging; she is called “daughter.” Think about what that word means to you.

As nuns and monks, we reached out of the crowd, needing something, looking for something we knew the crowd didn’t have, but that we in faith believed Jesus Christ did have. Then we were called out of the crowd and addressed as “Daughter”. At the moment of that address we received a mission and became a person. We belonged. With a call we become about something bigger than self. However vague we may have perceived this mission, however weak we might have felt for pursuing it, we responded in faith, since all human means toward a purposeful life had failed us.

Faith is the interior driving force of monastic life. The life of faith is the life Jesus Christ lived. It was His mission to teach that to humanity. Faith in the Father was the interpretive key by which He saw everything that happened to Him…and, if we are to answer our call, it must be how we see all our experiences of community life.

Some of those experiences may be aggravating. That will distort our perception. As John Prine once sang, “Broken hearts and dirty windows make life difficult to see.” That perception will seem like a higher truth. So we take a vow and practice a virtue called ‘fidelity”; Faithfulness. Fidelity is our response to the call, not the community. By fidelity we avoid forsaking the call and instead grow more deeply into it. It guides and shapes our freedom so that it works on behalf of the calling.  It stabilizes and solidifies our relationship with the Caller, the source of power for our response. By fidelity that relationship will always be what matters most. It will matter most because of “the gracious act” that St. Paul mentions. That gracious act reveals this gracious fact: that we could never love as much as we have been loved.

Homily for the Thirteenth Sunday in Ordinary Time at Mississippi Abbey

Homily for the Thirteenth Sunday in Ordinary Time at Missisippi Abbey

A highly-respected spiritual author, Margaret Silf, relates a story in which, at the beginning of time, God resolved to hide Himself within His Own creation. As He was deciding how best to do this, His angels gathered around Him.

He told them, “I need to find a place that is not too easily discovered, for it is in their search for Me that My creatures will grow in spirit and in understanding.”

One angel suggested, “Why don’t you hide yourself deep in their earth?” God pondered this and then said, “No, it will not be too long before they learn how to mine the earth. They will discover Me too quickly and will not have had enough time to do their growing.”

“Why don’t you hide yourself on their moon?” a second angel suggested. God considered that for a while and then said, “No, it will take a little longer, but they will eventually discover how to fly through space, explore the moon, and again discover me too soon, before they have had time to do their growing.” 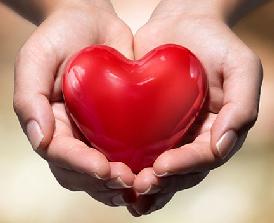 There was a long silence as the angels were at a loss for ideas. Then one piped up, “I know! Why don’t you hide yourself in their hearts? They will never think of looking there!”

“THAT’S IT!” said God. And so He hid Himself in the hearts of every creature until that creature has grown enough in spirit and understanding to risk the great journey into the secret core of its own being.

Today’s gospel tells us how to grow in spirit and understanding sufficient to take the risk of the journey. It begins by determining if the end of the journey is worth the risk. Father and mother, son and daughter are worthy and right things to love. But love for them is subordinated to love for God, the end of our journey.  Here we are being called to the cardinal virtue of justice, wherein we give God His due and everything else gets its due from its relationship to Him.

And we are called to the virtue of courage when we are asked to risk our own ideas about our life. It is then that we take up our cross—our experiences that we would not have chosen for ourselves—and pursue the difficult good. 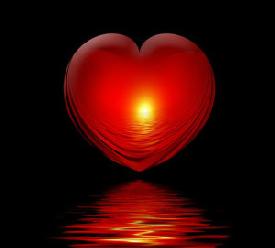 “Whoever finds his life” i.e., seeks to organize her life around experiences of the agreeable, “will lose it.” Losing reliance on such things for the sake of Christ is the virtue of temperance, a virtue that moderates the affections of the heart and thus how we respond to and use what is presented to it.

And prudence affects our receptivity to Christ, to the prophet who speaks out against the status quo, and to the righteous and the needy.

This is a short guide to finding the God hidden in our hearts. All of these things Christ did and we imitate Him though not by mimicking His actions.  We imitate Christ exactly to the extent that we experience God the way He experienced God,i.e., as loving and liberating Father.

We are being called here to an interior journey. It is deep and it is personal. It is personal precisely because it is about value, about what matters most and the valuing of all else—even mother and father—in relation to what matters most. Think back to the early days of your vocation, when you were engaged or discerning a call to monastic life. Re-live the excitement and the certainty that this journey must be made and that it would lead to the pearl of great price.

How do we situate ourselves before the ultimate? It is NOT primarily by obedience! It is by surrender. 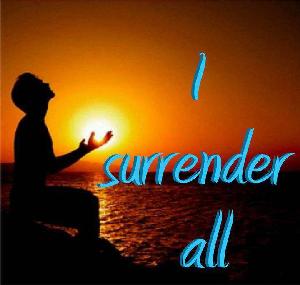 Benedict, in the Prologue says that “if you are ready to give up…” and in Ch 5.2, notes that obedience comes naturally to those who first surrender, i.e., “cherish Christ above all.”Surrender is the core of Christian spirituality; it is the soil out of which obedience should grow. Christ does not simply want our compliance, He wants our hearts. He wants us to surrender to His love. That is not easy for us. Love demands unconditional trust. That is why all who surrender obey, but not all who obey surrender.

In surrender we are choosing the particular desire in us that is stronger. When we surrender to the deepest desire in us—the one Jesus is calling us to today—we choose that desire and strengthen it. Day-by-day we encounter other desires that seem stronger than it at the time. With grace we take up that cross and prefer Christ. Every time we do, we strengthen that preference over others.

Only surrender to God’s love and surrender of our love can give us a relationship with the Father like that of Jesus.  Put another way, we will only surrender to one whom we are convinced loves us.

That’s what Jesus did. Go, and do likewise.