False assumptions lead to wrong answers. If you have two coins that add up to fifty-five cents and one of them is not a nickel, what are the two coins? They can't be two quarters. Nor three dimes and a quarter. Nor a half-dollar and five pennies. But if you thought that neither of the two coins can be a nickel then you made a false assumption. The puzzle says one of them is not a nickel, the fifty-cent piece, so the other coin can be and is a nickel. Another puzzle: if there are six apples on a table and you take away four of them, how many do you have? If your answer is two apples, you're wrong again! The question is not, “How many apples are left on the table?” but , “How many apples do you have?” You took four of them, so you have four apples. False assumptions lead to wrong answers.

The Sadducees had many false assumptions. They did not believe in the resurrection of the body, or angels, or eternal life, or the coming of a Messiah. Their answers to life's greatest questions are all wrong. At death life is changed, not ended. Heaven is full of angels and saints. The imperfect union of people in marriage gives way to perfect union in a heavenly marriage with God that is eternal. 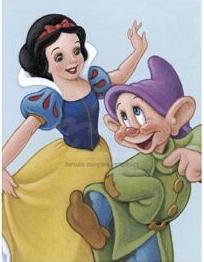 A seven year old girl told the story of Snow White, and how Prince Charming kissed her back to life. She asked her mother, “Do you know what happened next?” Her mother replied, “Yes, they lived happily ever after.” “No,” Suzie said, “they got married.” A comedian famous for his humor about marriage joked, “Someone stole all my credit cards, but I'm not going to report it. The thief is spending less than my wife.” A woman confided in her friend that she took her husband to many distant places around the world, but he keeps coming back! Fr. Ron Rolheiser writes that the disappointment and sadness experienced in many marriages is because of the finite and limited character of human love itself. We are made for the infinite. There is no consummation (sexual, emotional, psychological, or even spiritual) with another person that is so deep and fulfilling that it excludes all disappointment and feelings of emptiness. In this life we are always, in a fundamental way, in exile from each other. Heaven goes infinitely beyond what earth can offer. But not for the Sadducees who assumed there is no resurrection.

So when they taunted Jesus by saying, “A woman had seven husbands. In the resurrection, whose wife will she be?” Their answer would have been, “None of the seven, because she's dead.” But Jesus replied, “None of the seven, because she's alive forever, she is like the angels, and she is a child of God.” In heaven she is God's bride, sharing in God's own happiness. Who will she love in heaven? Everyone! Who will make her happy? Everyone, especially God and those she loved on earth. The false assumptions of the Sadducees led them to wrong answers about life's greatest questions.

With no hope for eternal life some Sadducees looked for rewards in this life, for material success, for wealth and power. But the best of the Sadducees loved God without thought of reward either now or later. They truly lived up to their name which means “the righteous.” They loved God for God's sake, not their own. They had the wrong answers about death. They had faith and love but no hope. Like these good Sadducees, C.S. Lewis began his Christian life the same way. 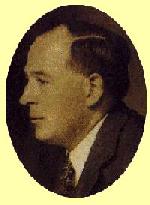 He compared his conversion to Christianity to a prodigal son who was brought in kicking, struggling, resentful, and darting his eyes in every direction for a chance of escape. When C.S. Lewis gave in and admitted that God was God, and knelt down to pray, he wrote that he was the most dejected and reluctant convert in all England. Why? Because now all his actions, desires, and thoughts had to be brought into harmony with God and his conscience. And when he examined himself seriously what he found appalled him: a zoo of lusts, a bedlam of ambitions, a nursery of fears, a harem of fondled hatreds. And yet the Divine humility of God accepted his conversion even on such terms. But like the Sadducees, C. S. Lewis writes that for a whole year he believed in God and tried in some stumbling fashion to obey him without any belief in a future life. He writes, “That year always seems to me to have been of great value, and it is natural that I should suspect a similar value among the Jews who were in the same position.” At their best, the good Sadducees were among the most selfless of believers. They loved God without any hope of resurrection and eternal life. 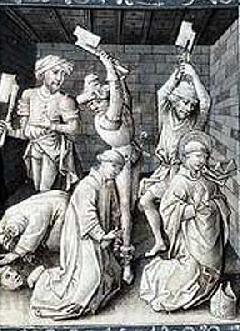 But their wrong answers to life's greatest questions left them unprepared to die. If there is no resurrection then death is the ultimate separation from God, to be avoided at all costs. Like the psalmist, they would complain to God, saying, “Will your love be told in the grave or your faithfulness among the dead? Will your wonders be known in the dark, or your justice in the land of oblivion?” (Ps 88:12-13). And being unprepared to die, they were not ready to offer life's greatest act of love which is martyrdom, like the Maccabees in today's first reading.

The hope that filled these seven brothers and their mother led them to the right answers about death and eternity. They said, “The King of the universe will raise us up to live again forever.” And, “We indeed are suffering for a little while, but after enduring brief pain, we will drink of never-failing life.”

True hope leads to correct answers about life's greatest questions. The God of Abraham, Isaac, and Jacob is our God, our eternal spouse who loves us. We are made for him. Our destiny is marriage with God in everlasting life.