Thursday in the Fifth Week of Easter 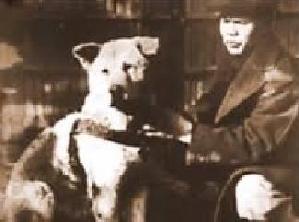 “Remain in my love.” Perseverance. In 1923 a professor of agriculture at the University of Tokyo in Japan acquired a young, golden brown, pure bred Akita dog named Hachiko. Every day the professor took a train to and from the University, and every evening his faithful dog was at the station to meet him when he returned. Two years later the professor died suddenly of a brain hemorrhage. He didn't return, but for almost ten years Hachiko kept coming back to the station every day at the same time, watching and waiting for Professor Ueno.

After seven years a major newspaper picked up the 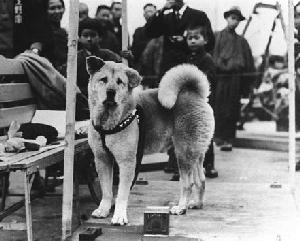 story of “faithful Hachiko.” The dog became a celebrity all over Japan. People came to see and feed him, and to be encouraged by his faithfulness. Two years later a bronze statue of Hachiko was unveiled in front of the train station with the dog himself present as the guest of honor, a witness to everyone of remaining in someone's love. Finally, on March 8, 1935, Hachiko died.

That's what it's like to remain in Jesus' love. Every day, we come together in this place out of love for Jesus to celebrate the Eucharist. We do this not just for ten years but for thirty, fifty, or even seventy years, longing for him, wanting to see him, to hear him, and to feel the touch of his caress. We remain in his love, and in our perseverance we will not be disappointed. 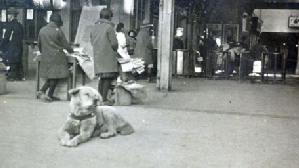 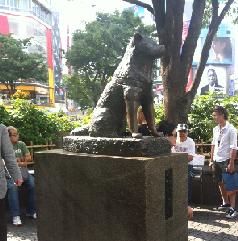