Tuesday in the Eleventh Week of Ordinary Time, Memorial of Bl. Gerard

Homily for Tuesday in the Eleventh Week of Ordinary Time, Memorial of Bl. Gerard 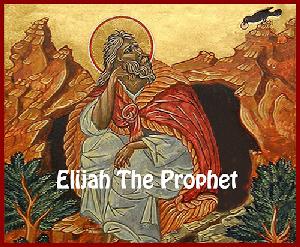 “Ahab said to Elijah, ‘Have you found me out, my enemy?’” “But I say to you, love your enemies.” In light of that command of Jesus, that came only many centuries later, Ahab was committing himself to loving and praying for Elijah.

Where would we be today, June 14, after the killings in Orlando, after the innumerable such killings in Syria, Nigeria, Iraq, if we had not this command as the way to respond: love your enemies, pray for those who persecute you? It has been said that this command is Christianity’s decisive contribution to human history. Love of enemies is the true—the only—Christian revolution, a

prophetic revolution.  A prophet is someone who unmasks violence. Elijah did that with Ahab, as Nathan had done with David—“You are the man.” That prophetic word reverberates in Pilate’s “Behold the man” presenting the scourged Jesus. Was Pilate, then, a prophet unmasking the violence of Jesus? But, yes, because Jesus’ non-retaliation and replacing forgiveness for revenge were felt as mortal violence against every purely human system of retribution. Jesus’ own prophetic revolution of love of enemies unmasked the violence of our hearts and of our politics. 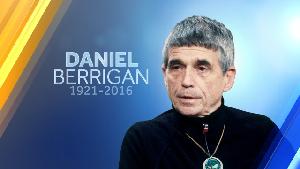 Recently Daniel Berrigan died.  Way back in the 1970s someone said, “The Berrigans are off base; they are talking about the Sermon on the Mount as though it were realizable now. What we really need is an ethic of the interim.” But an interim ethic would be nice, it would not be violent, would not be perfect, and would fill the interim with bodies aborted, abused, hacked, and gunned down. Or, if an interim ethic is still wanted, rain and sun are interim between seed time and harvest; they are blessings as much as they are objects of hope, promote and participate in the good outcome, and come with no strings attached, no discrimination. Sun and rain are love and prayer, for friend and enemy, the deserving and the guilty. Be perfect as your Father in heaven is perfect. “How great the goodness of God,” said Blessed Gerard on his deathbed, “that he should become a father to man. How great the glory of man, that they are children of God.”