Tuesday in the Fifth Week of Easter

Homily for Tuesday in the Fifth Week of Easter

“Peace I leave with you. My peace I give to you. Not as the world gives do I give it to you.”  What’s the difference: Jesus’ vs. the world’s way of giving peace?

Biblical anthropologist Rene Girard found that communities promote peace when tensions from rivalry are high by inventing a bad guy and all hostility is vented on him or her. It is called ‘scapegoating.” A victim was invented and either executed or driven out. This is what happened to Jesus. A mob participates and afterwards all is at peace again. Girard says scapegoating is “the sin of the world.” It lets us believe the problem is someone else. Jesus exposed it. Civil and religious groups use this mechanism, but to be effective they must not be conscious of it. They sincerely believe the bad guy is bad.

Shame, Thomas Aquinas says, is a fear of disgrace. Ones reputation is damaged and this is very painful because most people want to be good persons. Thomas, though, calls shame “a praiseworthy passion”; not a virtue…a passion. It is a spontaneous physical reaction, not a choice. He is referring to one’s interior sensitivity to shame when one realizes he has violated a legitimate value that he shares with others. It is praiseworthy because it can help one anticipate a situation and make a good choice. It can also inform one in hindsight and lead to repentance. In short, shame about the right thing indicates a good will and concern for honor. 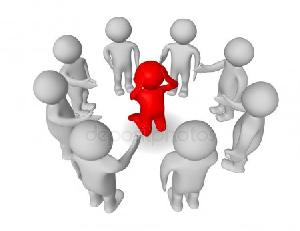 Exterior, public shame, such as we spoke about earlier and Jesus experienced, is a different matter. Jesus was in a peculiar position. Interiorly He felt no shame for anything. His conscience was clear. He was an observant Jew and lived the common life. Yet, He was exteriorly subjected to false charges and public shame. Aquinas notes that shame is more intense when those attributing it are acknowledged public opinion leaders who are regarded as wise. They can do serious harm to one’s reputation. The pain is intensified when the accusation is made before those connected to the victim and who live with him. Jesus suffered all this in addition to physical torture. This is the peace that the world gives…and it gives it for itself.

Yet before Pilate and those who mocked Him, Jesus showed a remarkable interior peace. This is the “my peace” that He promises. Where does He get it? He says, “I am going to the Father; for the Father is greater than I.” “I tell you this so that you may believe and so that the ruler of the world, who has no power over me, will know that I love the Father and do as He commands.” He gets it from devotion to One Thing.

What is this power? It is the complete self-emptying that makes Him entirely available to the Father. It is complete confidence in the goodness of God. It is an interior life that trusts in that God. This is the peace that Jesus gives. It is more difficult for those born with Original Sin.

And how does He give it that is different from the peace the world gives through scapegoating? He sends His Holy Spirit. That Spirit teaches us empathy for the victim, the kind Jesus showed to the Good Thief. The peace of Christ is given for the sake of others. Seeking the good of others for the others own sake is called Love.