Tuesday in the Fifth Week of Lent

Homily for Tuesday in the Fifth Week of Lent

We each have three tasks in life. We must decide what to believe, how to behave, and what to care about. The last is most influential: we care about what is important and something gets its importance from the difference it makes.

“Belonging” is important to Jesus. Who or what one belongs to determines the kind of person he is. It can determine what he believes, how he behaves, and what he cares about. It makes a difference. 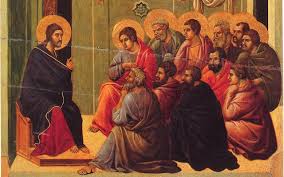 To belong means to be suitable, to fit in or be in proper relationship to others, to be a member, to be attached or bound by birth or allegiance. It is to be the property of something or someone. And it’s a good feeling to know; it gives security and often delights. Jesus asserts that he belongs “to the one who sent me” and that one “is true.”  Genuine Belonging includes living in the truth. So, Jesus describes the strength of His sense of belonging: “I do nothing on my own, but I say only what the Father has taught me.” The Father is with Him and has not left Him alone. So, the Father and the sense of belonging are important; they make a difference.

The sense of importance is the other key lesson Jesus teaches today. The Father—who is Our Father—is important-in-Himself. His importance does not come from how one feel about Him. This is in contrast to the importance-criteria of the Pharisee’s: the agreeable or satisfying. Pharisee’s change the object to suit themselves; Jesus changes Himself to suit the object. “I always do what is pleasing to Him.” Belonging, Jesus is saying, is a motivation. And this will be seen when He is “lifted up.”

“Belonging to what is above” means to center one’s life on responding to value, to the important-in-itself. Preferring it to the satisfying is often hard to do. We need a community to do it. So “because He spoke this way many came to believe in Him.” They showed their belief in behavior by inconveniencing themselves for Him. It was their way of being “lifted up.” They cared deeply about belonging to Him and to a community organized around the ultimately important-in-itself.  It made a difference.

Tuesday in the Fifth Week of Lent 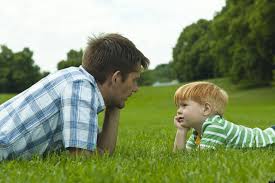 A child asked his father, “Daddy, is it really true there are only three places you can go when you die, purgatory, heaven or hell?” He replied, “Yes, that's really true.”

The Gospel is full of good news. But it also has some bad news because Jesus speaks the whole truth. Today's gospel is bad news for unrepentant sinners. Jesus says, “Where I am going you cannot come … you will die in your sins. … You will seek me and you will not find me.” There's a type of seeking after Christ that ends not in heaven but in hell. Some seek Jesus to trap him, to kill him. They seek without faith, without hope, without love. Jesus speaks the truth not to condemn but to save the sinner.

When a lay theologian, Frank Sheed, wrote an introduction to Catholic faith, he titled his book “Theology and Sanity.” He writes that without faith, without belief in what Christ has revealed, we are not living in reality. We are insane. A little child who believes that when we die there are only three places we can go, purgatory, heaven or hell, is already a theologian living in the truth, and that is very pleasing to Jesus and our Father.