Tuesday in the Fifth Week of Ordinary Time 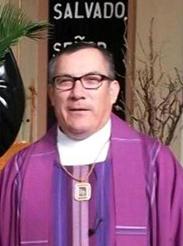 “Their hearts are far from me.” Last week a priest was arrested in Los Angeles. Fr. Erwin Mena wasn't your typical priest. After celebrating Mass he would push sales for a music CD he recorded and peddle a book titled “Confessions of a Renegade Catholic Priest” and sell an expensive video about Pope Francis. When the Pope came to Washington DC and New York, he collected money for travel expenses so he and his parishioners could make a pilgrimage to share in this historical event.

But the pilgrimage to the East coast never happened because he wasn't really a priest. He had been impersonating one for many years. Whenever an investigation of his activities threatened to expose him, he would take off with the money he had collected, only to turn up somewhere else. He honored God with his lips, but his heart was far from him. 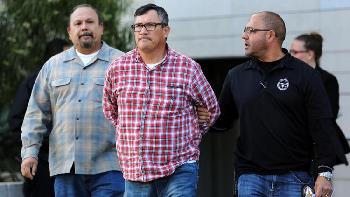 Eight years ago, the Archdiocese of Los Angeles began keeping a list of imposters and unauthorized priests and deacons. Erwin Mena was on the list from the beginning. But this is scary: the archdiocese now has 95 men on its list. How many more are there throughout all the 195 dioceses in the United States?

The prophecy of Isaiah repeated by Jesus continues to be fulfilled. “People honor me with their lips, but their hearts are far from me.” We are here this morning because of our love for Jesus. May our hearts always be close to him as we honor Jesus by our prayers and our lives. May we joyfully bear fruit for the salvation of the world, especially those who are far from him.