Tuesday in the First Week of Advent

Homily for Tuesday in the First Week of Advent

Who do people say that I am? They know how He sees things; they know how He routinely acts.  Jesus knows who He is; that’s why He perceives and acts as He does. He is clear about His identity.

Identity is the conscious, deliberate shape of one’s character. The constellation of lifelong memories, aspirations, sensitivities, relationships, and commitments form the core of who we know ourselves to be. These provide a sense of personal continuity that holds one’s life together. Thus, we know who we are…and who we are not. Life has not been a series of unrelated episodes or passing impressions. Instead it results from conscious commitments and deliberate fidelity to others and to a cause bigger than self. We conform ourselves to the highest good we know. We know it through a story and a community that lives out that story. The Christian story lived out in a Christian community gives us a solid, dependable sense of who we are and what we are about. It forms our conscience and bothers us when we act contrary to our identity. A bothered conscience, though, is not the same as contrition and repentance. 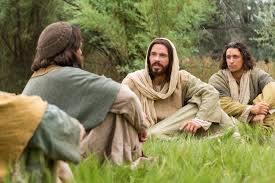 So, when we answer this question (“Who do people say that I am?”) we answer His follow-up question: “Who do you say that I am?” When a Christian answers that, she is affirming her own identity. Then she will be able to repent when necessary.

One forms her identity around what she cares about, what she is organized toward. That influences how she perceives the importance of things, what difference they might make. Our main moral dispositions move us to act in one way rather than another in the light of who we think ourselves to be. That is what we see in today’s gospel. We see what—or rather “who”—Jesus cares about and has organized His life toward. 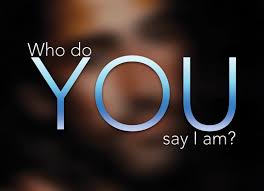 Having encountered Jesus Christ, one can be disposed in one of two ways. She must choose. In the journey of life, it is a choice of which road to travel and who to travel with. She will share with them the story by which they are guided to the destination of their choice. As a popular song of my younger years began: “You, who are on the road, must have a code that you can live by.” She must choose to be disposed to admire or to resent.

At our deepest level we are made in the image and likeness of Jesus. If we fail to admire as He does today, we doom ourselves to a life of hopelessness and futility.

Today’s gospel portrays Jesus’ knowledge of Himself, His identity: He is the child who can admire the Father.  Go and do likewise.

Tuesday in the First Week of Advent

Homily for Tuesday in the First Week of Advent

“Although you have hidden these things from the wise and the learned, you have revealed them to the childlike.”

Albert Einstein writes in his famous God Letter, “I do not believe in a personal God.  … The Bible is a collection of primitive legends which are pretty childish.” 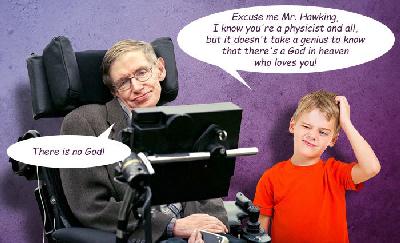 The English physicist, Stephen Hawkins, said, “Modern physics leaves no place for God in the creation of the Universe.”

The biochemist, Isaac Asimov, writes, “I don’t have the evidence to prove that God doesn’t exist, but I so strongly suspect he doesn’t that I don’t want to waste my time.”

And Mark Twain ridicules faith when he joked that, “The ideal life is good friends, good books, and a sleepy conscience.”  And, “Go to heaven for the climate, and to hell for the company.”  He concludes, “Faith is believing something you know isn’t true.”

In contrast, a child who believes, “God made us to know, love and serve him in this life, and to be happy with him forever in heaven”is more profoundly educated than the wise and learned of this world.