Tuesday in the Sixth Week of Easter

Homily for Tuesday in the Sixth Week of Easter 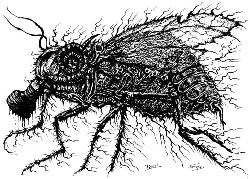 When St. Bernard was preparing to dedicate a church, it was filled with such an incredible multitude of flies that prayer became impossible. Not pleased by this interference from Beelzebul, St. Bernard excommunicates them.  Next day there were so many dead flies they had to be carried out with shovels.

A more recent story about the ruler of this world is a novel by William Golding titled, “Lord of the Flies.”  During World War Two a plane evacuating schoolboys from Britain crash lands on a deserted island. The pilot is killed, but the boys survive and find themselves alone without anyone to help them. They try to set up a few rules for civilization, but soon collapse into savagery from fear 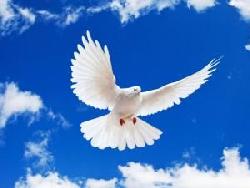 of a ferocious beast that roams the island. Eventually one of the boys, Simon, realizes that it’s a product of their imaginations.  The  real beast isn’t outside them, it’s within them.  When Simon, a Christ figure, tries to convince the other boys, they seize and kill him violently, just like Jesus.

Elsewhere St. John writes, “The whole world lies under the power of the evil one” (1 Jn 5:19), “[but] now the ruler of this world will be driven out” (Jn 12:31).  Beelzebul is within us.  Of ourselves we are helpless, we become the devil’s slaves.  But Jesus sends the Holy Spirit to drive Satan out, and to wash us clean by the passion and death of Christ so that God can reign in our hearts forever.