Tuesday in the Third Week of Lent 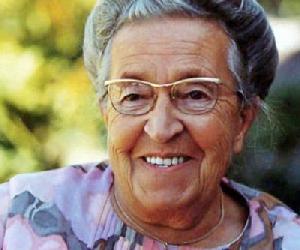 Corrie Ten Boom was in a Nazi concentration camp and saw her sister die from the cruel treatment they suffered. Forgiveness didn't come easy. Even after a heroic act of forgiveness from her heart she was still restless at night rehashing what had happened. She confided her feelings to a pastor who said, “After the bell ringer lets go of the rope the bell keeps on swinging, but slower and slower until finally it stops. So, also, our grievances when we stop pulling on the rope.”2

In the Catholic Catechism we read: “It is not in our power to forget an offense or not to feel it … but the heart that [forgives] … turns injury into compassion and … transforms the pain into intercession.”3

Henri Nouwen writes, “Forgiving does not mean forgetting. When we forgive a person, the memory of the wound might stay with us for a long time, even throughout our lives. But forgiveness changes the way we remember”4 and the way we act.