Confucius, lying on his deathbed, confessed to a disciple, “I have not been able to transform the essence of what is noble into deed.”  I’m sure many of us can identify with that sentiment; I know I can. But I believe that one of the things that drew me here drew each of us: an attraction to the noble. The noble is important… important in itself.

Confucius may have thought of the noble as a standard of being that was personally accomplished. Perhaps it had a tinge of a competitive sport. It did for us, too, when we first entered. Eventually we saw that it required the grace of God. 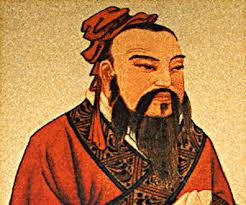 As for any serious Christian, the noble was a way of relating to God. Worship was serious business to us. What makes some call Christians “hypocrites” except their intuitive understanding that, to worship means to give all of oneself? That total self-donation is the noble that inspired us and made us receptive to a way of life that might transform that inspiration into deed…at least some of the time! We call that attraction, that inspiration a “vocation,” a call to follow the self-giving Jesus Christ and make a noble response. Today, St. Paul tells the Philippians and us how that is done.

It is done by kenosis, by self-emptying for the good of others. Noted Pauline scholar Michael J. Gorman calls this section of Philippians Paul’s “Master Story.” The pattern pervades all of Paul’s writings either explicitly or implicitly. The pattern of the Master Story gives us the key to the imitation of Christ. “Although He was in the form of God, He did not exploit equality with God, but emptied Himself…and humbled Himself.” The sense of the text is that Christ existed as someone with a certain status who did not do one thing, but did do something else, specifically, acts of self-humbling and self-emptying. And He did this freely. It is a path of downward mobility in sharp contrast to the Roman elite’s upward-bound race for honors. 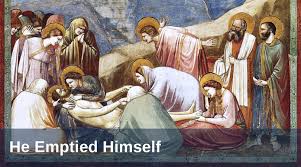 For those attracted by the noble, this is appealing. But appeal does not give power. Jesus could do it because He was free of Original Sin. We, burdened by this self-centeredness, find it pretty near impossible. You may recall that yesterday we talked about the dual function of humility: to restrain us and to empower us. 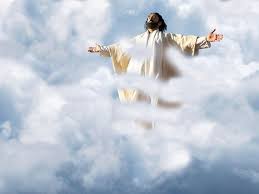 Yet we admire the noble and therein is the grace of God. We are given the grace of admiration, attraction to the noble, rather than resentment, the compulsive discounting of the noble and those who represent it. This admiration aids our receptivity. Our receptivity confirms our status as serious Christians with the freedom, the power, to sacrifice self for the good of others. So, Gorman makes the case that the Greek word for “although” can also be translated “because”; “Because He was in the form of God…”. “Because we are serious Christians, we do not act for selfish gain (restraint), but we act unselfishly for the good of others (empowerment).” When being a Christian is one’s identity, then the imitation of Christ is non-negotiable. Those whose freedom is defined by being in Christ must be conformed to Christ. This means we show a love for God, neighbor and enemies, and a God-like mercy and compassion. It also means we show a Christ-like self-sacrifice. The guiding principle for conformity then is “Because we are in Christ, we do not act for selfish gain, but we act selflessly for the good of others.”

And when this seems too difficult, we must remember the destination and conclusion to the Master Story: “Because of this God greatly exalted Him.”