Tuesday in the Twelfth Week of Ordinary Time

Homily for Tuesday in the Twelfth Week of Ordinary Time

At breakfast one morning, while we were hosting the students from the Lumen Christi Institute, I was witness to an exchange between two thoughtful young men, concerning whether or not it’s okay for a heretic to be burned at the stake.  “If”, one of the students said, “church teaching allows a man to be killed in self-defense, (that is for trying to kill the body of another), would we not be justified in killing a man whose false teaching might kill the soul of another?”  Nobody seemed quite ready to say they were sure about that.  Later, that same morning, at a conference concerning the value of St. Bernard’s teaching for us today, the question came up again, specifically: “Does the heretic who is deceiving others, know he is deceived?”  If he does not, then what he falsely teaches, he judges to be true.  He has made an erroneous judgment.  Are we to kill him for that?  Then, we looked at the worst case scenario: “What if a man who knows very well his teaching is false, knowingly, freely, and deliberately tries to kill the soul of another by propagating that teaching; a heretic in 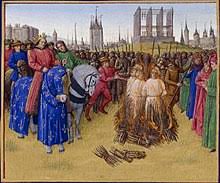 the darkest sense of the term – might we be justified in killing a person like that?”  The answer was not immediately clear, because we had just been speaking of Bernard’s teaching that the very Image of God in a human being is his freedom of consent, and that nothing, not even the most perverse and evil exercise of his free will, can alienate or destroy his capacity to give or withhold his consent which is the Image of the God in him, which, we realized might explain why everyone at breakfast was a bit ambivalent about having him burned at the stake.

A person impatient with such intellectual discussions, and just trying to enjoy his breakfast, might express Bernard’s insight more succinctly in Jesus’ own words from this morning’s gospel: 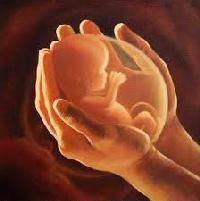 “Do unto others as you would have them do to you.”  Jesus’ teaching likewise expresses the heart of Christian Unity for which we are praying at this mass.  The unity of all Christians and of humanity rests on our acknowledging that each of us is a living Image of the Creator whose freedom finds expression in our human freedom.  Does an immigrant or a person of another Christian denomination seem alien to me?  Then, I need to remember that, even as his freedom of consent is inalienable and indestructible, so is the Image of God in him which is the source and pledge of his sublime dignity.  At this mass we pray that all our words and actions be expressions of this truth.

Tuesday in the Twelfth Week of Ordinary Time

Homily for Tuesday in the Twelfth Week of Ordinary Time 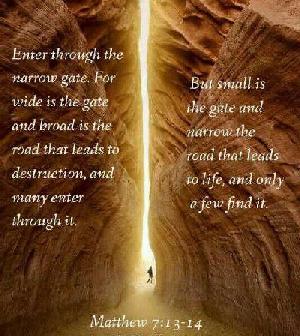 In St. Matthew we read, “Enter through the narrow gate” (Mt. 7:13).  But in St. Luke this saying of Jesus is much stronger: “Strive to enter through the narrow gate” (Lk. 13:24).  The Greek word for strive is agonizomai.  It means to fight hard, to do battle, and even to endure agony.  Do you want to be saved?  Then the war is on.  St. Paul says, “It is necessary for us to undergo many hardships to enter the kingdom of God” (Acts 14:22).

The title of one of Ralph Martin’s books is “Will Many Be Saved”.1 He writes that Western culture is in a post-Christian age.  It’s far more difficult to follow Christ now without the social and cultural supports we once had.  Many people are drifting along with the culture on the broad way. The point of his book is to stress the urgency of evangelization, because the Mystical Body of Christ is the only way we can share in God’s divine nature.  It is the narrow gate, and along the way there will be many sufferings and battles to win.