When the Israelites returned from exile in Babylon, they found their homeland occupied by foreigners…non-Israelites; people who did not share their faith in one God who made heaven and earth. The Canaanite woman was one such foreigner.

At the same time Matthew portrays Jesus as trying to impress upon His disciples the need for faith. He is met at His native Nazareth with a rejection of faith. So, He focuses on His disciples, letting them witness His feeding of 5,000 and then 4,000, walking on the water, and various healings.  At the same time, he gives His first two passion predictions. Faith will not just be a good attitude, but a firm belief that endures when one’s back is to the wall. Faith must shape their perception, disposition, and identity. As we saw last Sunday with Peter’s sinking in the water, it didn’t work out that way. It did with the Canaanite woman, though. 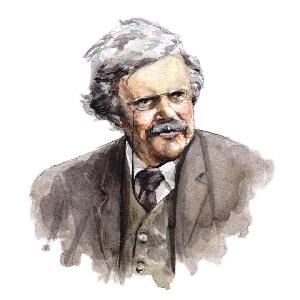 Christ possessed the power to dispense grace. He wanted the disciples to see this. He wants us to see this. To show us this power He gave us the sacraments, and today’s display of faith, brought to life by love. Faith is essential to a disciple’s character formation, to being affected by what matters most, by the important-in-itself. Because of that, their faith should distinguish them from the foreigners who are only affected by the merely satisfying.

God is love, so love is important in itself. The Canaanite woman’s display of faith was brought to life by love for her daughter. And that she found Jesus approachable would seem to indicate some measure of love for Him. G. K. Chesterton has noticed that it is the secure who are humble. The woman acknowledges being regarded as a dog because her love for her daughter is that great. And because of the security of her great love, and because she knows she does not have standing to demand mercy, she approaches Jesus admitting she is a dog and He is the Master. We see that it is the humble and faith-filled who receive spiritual healing. They are disposed or ready to receive it.

Notice that what attracts Jesus’ attention is neither her observance nor her obedience. Obedience, without charity as its end, deteriorates to mere political positioning. It is love, seeking the good of another for the others own sake, that gives life to her faith, moves her to humble submissiveness, and draws Jesus’ admiration. (By the way, this is the only place in Matthew’s gospel where Jesus uses the term “great faith.” Perhaps the next time any of us are in any way called a dog or the offspring of one, we should reply, “Thank you for noticing!”)

This mother-love causes the woman to be overwhelmed with grief for her daughter’s demon-possession. “Mother” is her identity. Like in a sacrament, God was hidden in that grief. And He was revealed to her and all who observed her in her humble act of faith. Faith is needed to find God in calamity. It is then that we make the pervasive and deep decision that He is what matters most and we allow Him to act. We abandon ourselves to Him.

What is important for those who observed her and for us today is this: She chose to live for, to abandon herself to, a higher value. That is a big change in disposition. When called a dog she rejected living according to the lower value of the satisfying & dissatisfying and instead lived for the noble. Her noble mother-love led to her act of “great faith” which came from the highest value: the holy, the important-in-itself.

The Canaanite woman gives us a crucial lesson today. It is a lesson of “preferring.” “Preferring” orders values in relation to each other. A person’s moral life and character are conditioned by this orientation to value, to the important-in-itself. It is a correct and radical change in perception, disposition, and identity. So the woman walked away with far more than a healthy daughter. She left with a new and authentic way of thinking, feeling, choosing, and acting. The virtue of faith gave rise to still other virtues.

And so today’s gospel teaches that she and we must prefer nothing whatever to Christ. 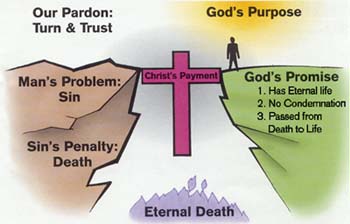 The word that best sums up Jesus’ salvific mission to the world is “Life”. He is “the bread of Life” and, like any bread, must be taken in. Indeed, St. John writes so that all may believe (i.e. “take in”) that Jesus is the messiah and thus have life by believing in Him. Then they will have eternal life through faith in Him as the revelation of the Father.

Both St. John and St. Paul encourage FAITH. The faith must be in the person of Jesus Christ. But the faith must be shown in love, that is, concern for the good of the other for the others own sake. Faith is intellectual; love is affective, it is felt and motivates deeds. It is an interior experience; it is in contrast to “Sin and Death” which is self-centered living. Things die when they are radically separated from their proper orientation or purpose. One can place her faith in either self-satisfaction, or in imitation of the God Who is Love.

I recall when I first returned to the church and started going to daily Mass & communion before going to work. Over time I started to notice an interior change, a change in what I set my heart on, on my purpose in life. Overall there was a change of intention. There is a change in faith.A major difference here is that we usually intend what we feel we have the power to control. But imitating Jesus Christ requires more power than mere intention can provide…so it puts one in need of a greater power. There is a shift in faith.

So there was identification with what…or better, Who…I took in. I wanted to be like Hm. This brought about a change in the intention of my life. I want the freedom baptism gives not to sin, not to be separated from God. (This is not the achievement of a sinless state, but rather the development of a conscience.) After all, it is by a series of identifications with another that one’s moral values are acquired and that thus constitutes personality. Taking in “the Bread of Life” leads to this identification with Jesus Christ and the power for unselfish giving of self that He exemplifies. If such giving is to be done, it will be done in the measure of the power He gives. That will be our vocation. 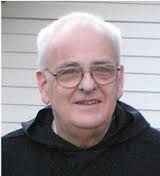 There were, according to Michael Casey in his new book, Grace: on the journey to God, five moments in this new faith, this new power that are like a conversion or a call of vocation: 1. A strong experience of affection; 2. An illumination of the mind or clarity; 3. A strong assent of the will; 4. A strong and consistent transition of daily practices; and 5. A lifelong perseverance of belief, trust, and practice. All of this I—and we—found consistent with a regular “taking in” of the Bread of Life, and identification with Jesus Christ. It gives us the baptismal freedom not to sin. In other words, we’ll still make mistakes, but we won’t have to defend them.

“This is eternal life: To know the only True God and Jesus Christ whom He sent” (John 17:3). It is of “surpassing value.” 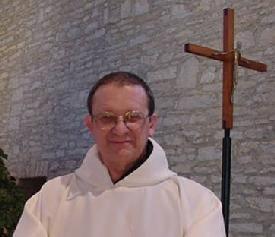 Following Christ, we have come to the monastery to set the world on fire, but then we were confronted with this question: “Do you think that I have come to establish peace on the earth? No, I tell you, but rather division.”  This division begins interiorly. The fire is desire.

God desires to liberate us by drawing us to his Son. We have these vague desires in our hearts both for God and for what the world holds as important. A “world” is a context which defines what matters and that makes certain courses of actions stand out over others. It is a story that gives sense to our lives. Our monastic separation from the world calls us to repeatedly decide which side we are on, which story we will live out. “The world” says to live for satisfaction. We can’t help but acknowledge the deceptive attractiveness of that idea. Christ says to live for values that are pervasive, enduring, and deep. If we choose this, we choose a story in which we are encouraged to pray intensely that our graced desire for God be strengthened, so that it comes more and more into harmony with God’s desires.

As one scholar put it, “The struggle that results from God’s … call of grace and our finite ability to respond is the central dynamic in the process of conversion.” Struggle is a good sign that the heart, our affectivity, is being engaged. Our desire is becoming deliberate. If it is not, there will be little change, little conversion.

Conversion in us means being torn out of one mind-set or world and being placed in another. The first is that of fallen humanness, the second is divine. This is the division Jesus brings. He brings poverty and insults. There is no earthly reason why a person should prefer poverty and insults to riches and honors.

So the reason lies elsewhere. Bearing the poverty of our personal resources and the insults to our most cherished values is a type of martyrdom. In the marital and monastic ways of life one does not accept martyrdom out of loyalty to an institution. One does not die for Mississippi Abbey or New Melleray Abbey, or the Order of Cistercians or even for the Catholic Church. One dies for a relationship.

This relationship is born in us, as it was in Christ, when at baptism we are declared to be the Beloved of God. We respond by falling in love with the person of Jesus.  Yielding to the attractiveness of Christ makes it possible to yield to the non-attractiveness of His way of poverty and insults. This yielding consists in emptying ourselves.

Jesus tells us there is a baptism He must undergo and He is in aguish until it is accomplished. Christ is the truth. In the struggle of conversion—the struggle with dark spirits and those of light—we must resort to the truth. When a dark spirit tempts us to doubt that we are the beloved of the Father, the surest way to dispel it is to ask the simple question, “Is it true?” 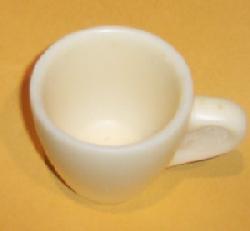 We need two attitudes to do this: firmness and freedom. In firmness we join with Jesus and confront the Dark Spirit saying, “I know who you are.” And in freedom we realize that with this we have done our part. The rest is up to God.

In choosing which side of this division we will take, we become –like Christ—a cup. A cup must be empty before it can be filled. If it is already full it cannot be filled again except by emptying it out. Apart from being hollowed out it cannot receive. This is especially true of God’s word, Jesus Christ.

He can take root only in a hollow. And if He is preferred, we will receive His desire…and we will set the world on fire!