Homily for the Twenty-Eighth Sunday in Ordinary Time 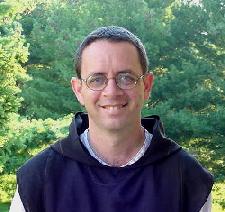 In about 1998, Architectural Digest, came out with a special issue celebrating the industry’s “100 Best Interior Designers” which featured the new design team: “Dilger and Gibson”, recognized that year as one of the most promising young interior designer teams in the whole world. They had just recently completed the renovation of a penthouse apartment for Elton John in Atlanta, Georgia, and not long after, were hired for a similar project by the rock star Bon Jovi. By all industry standards, the design team “Dilger and Gibson” had arrived; they were living the dream—and then, Fred Dilger woke up. One morning he sat up in bed and said to himself: Here I am at the end of the rainbow, is this all there is? Fred, deciding he was going to make God the center of his life, resigned from his partnership at the head of Dilger and Gibson, and not long afterward made an appointment to speak to me who at that time was serving as Vocation Director at Holy Spirit monastery, about 45 minutes east of Atlanta. Monique Gibson, his young, ambitious design partner didn’t waste a lot of time trying to talk Fred out of his conversion to Christ, and moved quickly to consolidate her position as the proud CEO of a successful company. 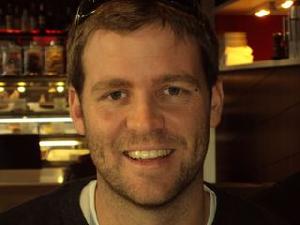 Fred entered Holy Spirit Abbey as a postulant a month or so after our first interview, and from that time forward there began to appear in the Guest Section of the chapel some of the most beautiful and curiously dressed people the monks had ever seen set foot in our church who, as it turns out, were friends and collaborators of the now infamous interior designer who had fallen from his pinnacle, and who just had to come see for themselves the spectacle of Fred Dilger in a monk’s robe. It was clear that, from their perspective, Fred Dilger’s fate had suffered a horrific reversal. Having stumbled on the path of a breath-taking forward and upward movement, he was now falling hopelessly backward. In their view Fred had “turned back”; he was going backward; going way way back; back to belief in God, to membership in the Roman Catholic church; to the embrace of ancient dogmas, church authority, bishops, and priests, abbots and monks – oh my. I mean, “Catholic Tradition” – give me a break. That whole idea is so five minutes ago right? 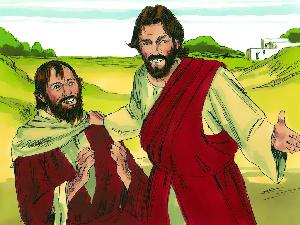 But who, in this picture, is going forward, and who is going backward? Brothers and Sisters, that is THE question at the center of this morning’s gospel. Ten lepers are miraculously healed by Jesus – nine of them, realizing they have been cured, proceed on ahead. They don’t give thanks. They do not address themselves to Jesus. They never look back, but eagerly forge on ahead. Are they getting ahead? Where are these guys are going? To celebrate? Back to the world? – to pursue the adventure of romance? To new careers and the pursuit of personal ambitions? Is that the way forward? One leper only is said to have “turned back” or, in the view of the other nine, turned and began walking in the wrong direction. The world and its all its promises of happiness; of personal fulfillment, entertainment, and pleasure – all this, was awaiting him up ahead. But he walked away from all that, backward – toward Jesus. And, think about this: what if returning and meeting Jesus face to face, he is inspired to become Jesus’ disciple. Where does that leave him? Might it be that it is this one grateful leper who is actually advancing in life, going forward and making real progress toward blessedness and the prize of life that never ends? The answer is implied by Jesus’ own reaction upon meeting this leper; this odd-man-out, going backward toward God. “Where are the other nine?” Jesus asks. “Did this man alone return to give thanks to God?” Evidently, it is not at all clear to Jesus that the other nine lepers are advancing or getting ahead in life. Might they actually be moving away, bodily and interiorly moving away from the center who is God; the center who is the source and guarantee of lasting happiness and of all meaning in life? 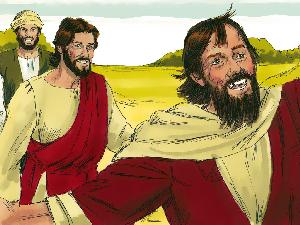 This week-end we are hosting four men who you might say are walking in the company of those ten lepers healed by Jesus. These are men who have been touched by God’s grace; whose hearts have been moved by a personal experience of God’s tenderness and mercy; a spiritual touch vouchsafed to them by our good God which is subtly transforming them and might give their life a new direction. Pray for these men as they complete their discernment retreat with us this morning and engage the challenge of discerning what direction their lives will take. And may each and every one of us here this morning be healed of the leprosy of sin, and being touched by God’s mercy have the wisdom to discern which way in life is taking us backward and which way will take us forward.