One day a little girl said to her mother, “When I grow up I want to be a nurse.” Seeing an opportunity to inspire her daughter with a desire to achieve great things in life, her mother replied, “Yes, honey, you could be a nurse. You could even become a great surgeon, or a highly respected lawyer like your father, or a world famous fashion designer. Maybe even president of the United States. You can be anything you set your heart on.” As the child took in all these possibilities her eyes opened wide and she asked enthusiastically, “Can I really be anything I want?” “Yes,” her mother replied. Excited, the little girl said, “Oh, then I want to be a horse!”

When Jesus was invited to the home of a prominent Pharisee, he was confronted with the same problem faced by the girl’s mother: how to inspire a desire for true greatness.  The child’s desire was naïve, beneath her dignity as a human being, and fortunately impossible. But the Scribes, the Pharisees and even Jesus’ own disciples were also naïve in their desire for places of honor and positions of power that will perish. Like the little girl’s desire to be a horse, their desires were not too great but too small. They didn’t know the place to which they were called at the wedding feast.  Do we?  What is our place? 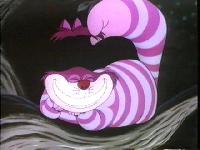 Mark Twain once observed that cats are able to exalt themselves and get away with it. A cat will sit on the softest chair in the living room as if it was head of the household. A few thousand years ago, cats were worshipped as gods, and apparently they have never forgotten it!  But to be like God is not their destiny. We are the ones who are called to share God’s nature and to have a place at the divine wedding feast.  What is our place?

When Jesus was invited to dine in the home of a leading Pharisee, all eyes watched him closely, not to follow him, but to pull him down while lifting themselves up. He alone was really worthy of the highest place of honor among them. Jesus in turn was watching them, noticing how they took the places of honor. So, he reminded them of a saying in the Book of Proverbs, “Claim no honor in the king’s presence, nor occupy the place of great men; for it is better that you be told, ‘Come up closer!’ than that you be humbled before the prince” (Prov 25:6f).  What is our place at the divine wedding feast?

Turning to the host Jesus described the path to true greatness.  “When you give a feast invite the poor, the crippled, the lame, the blind.”  Because that is what his heavenly Father does.  God invites to the divine wedding feast not those who exalt themselves, but the oppressed, the brokenhearted, the humble, those who serve with faithfulness and love after the pattern of his Son. 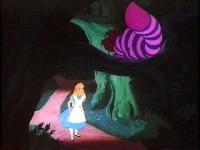 In the story of Alice in Wonderland, Alice says to the Cheshire cat perched on the branch of a tree, “Would you tell me, please, which way I ought to go from here?”  The Cat replies, “That depends a good deal on where you want to get to.” Alice says, “I don’t care much where.” “Then,” replies the Cat, “it doesn’t matter which way you go.”  There was at least one guest at the Pharisee’s house that evening who really cared which way he was going. Like the good thief on the cross he saw that true greatness is to be with Jesus in his kingdom. So, he boldly expressed the deepest desire of his heart in front of everyone, saying, “Blessed is the one who will dine in the kingdom of God!”  He wanted a place at the heavenly wedding feast.

We know where we are going, and we know the way, but what is the place to which we are invited at the divine wedding feast?  \Our place is that of the bride, we are God’s bride!  You can’t find a place higher than that!