Mark’s gospel began back in January with Jesus calling us to “Repent and believe in the gospel”; In other words, a call to let the good news affect us. Today, re: that affecting, Moses, James and Jesus tell us of the importance of the interior life. Jesus tells us that things that come from within us, from our hearts, are what defile us and, by implication, they can sanctify us and make us friends.

In order to sanctify us, our interior life must be governed by wisdom of heart. Wisdom is how we make distinctions. Moses commands a series of observances for the Israelites to follow. He tells them that if they follow these commandments of the Lord God, they will “give evidence to other nations of their wisdom, intelligence” and of their nearness to their God.

If ritual observance is evidence of wisdom, is Jesus contradicting this by telling us to have faith in Him? St. Bernard helps us understand. We are called to “taste and see that the Lord is good.” In the Bible, to taste means to experience; to find a way to take the experience into the heart. Bernard tells us that intelligence or knowledge refers only to understanding; wisdom refers to affection. Wisdom doesn’t just “know”; it savors what it distinguishes, it savors the taste thus making it an experience taken into the heart. In other words, in wisdom the Israelites and we may know what matters most, carry

out rituals to express it, and set our hearts on it. To the point of Jesus’ teaching on ritual, Bernard writes, “Too often we do good without tasting its savor, obeying only reason, or bowing to some circumstance or necessity.” Bernard is saying this is where wisdom and observance meet. Observance should occasion savoring. What one loves, what one savors sets the direction for one’s life. It governs how we experience life by giving us faith. That is why God gave us the two great love commandments (and they are commands!).

Our actions will be directed toward what we love. Each of the vices Jesus listed today has objects of love that are inferior to and incompatible with love of God and neighbor. As objects of love, they will not make us happy, and that’s what He wants for us. Jesus is calling us to interior renewal. Bernard says continual Interior renewal is the reason for the existence of monastic life. Renewal consists of three things: right intention in the mind, purity of affection in the will, and mindfulness of good actions in memory. To do these we need a way of life that will guide our appreciation of the good, foster the right kind of desires, cultivate the proper kind of love, and we must develop attachments that will not destroy us. 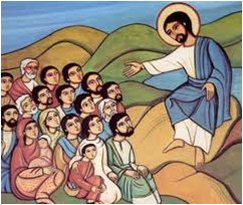 Notice I said “We”. This is important: Three key phrases occur in each of today’s readings. First, “Moses said to the people…this is a great nation…”. Second, James addressed “Dearest brothers and sisters.” Third, “(Jesus) summoned the crowd again and said to them, ‘Hear me all of you…’” In each of these phrases custody of the heart, defense against the vices, requires a community. It requires friends. This is because living by the secular claim that moral values should be decided by each individual, not a code or community, arouses anxiety. Each individual finds this to be a burden. One’s moral standing is important to her. When one “makes up” a morality it lacks authenticity. It is hard to defend. It does not connect her to others.

For those of us in the vowed life—baptismal, marital and monastic—the authenticity is given to us. Morality, the formation of our hearts, is not a matter of one’s own shaping, but of allowing self to be shaped by the community way of life. Remember CSNY: ”You, who are on the road, must have a code that you can live by.’” We don’t have to create a code, i.e., values, principles, or virtues. Instead they constitute the way of life that we take for our own. Most of all, because this way of life is tested and given to us, we have confidence in its worth. 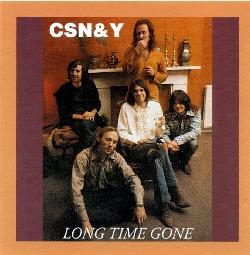 This is wisdom. As community we share it in good-will out of a common love for the One who is guiding our hearts today. And that makes us friends. It makes us character friends because Jesus is teaching us to set aside the question “What should I do?” and instead, together, ask “What should we become?”

Wisdom’s goal is interior peace through loving possession of the truth. And that is what must come out of the heart.

“Being an imposter is a tough habit to break.” Dr. Robert French, a psychologist, joined New Melleray in March of 1945, taking the name Br. Richard. But he wasn't really a psychologist, he didn't even have a high school diploma, and his real name wasn't Robert French. He was the Great Imposter, Ferdinand Waldo Demara, Jr. In 1938 as a husky, round faced youth of 16, Waldo, who wanted to be called Fred-or anything else but “Waldo”—dropped out of Central Catholic High School in Massachusetts and joined the Trappists in Rhode Island. At the outbreak of World War Two he left the monastery and enlisted in the Army. Not to his liking, he deserted the Army and joined the Navy. Soon he went over the hill again, this time to the Trappists at Gethsemani. But Fred was lazy, more of a Gyrovague and a Sarabaite than a Cenobite. He wanted the habit of a monk without the discipline, so he abandoned the rugged monks in Kentucky and joined New Melleray. But we were no easier. He only lasted two months with us before running away a third time, not only from us but also from himself. This amazingly intelligent, unschooled pretender assumed a variety of identities, always wanting to be “Somebody” by becoming “Somebody Else”. He wanted to be called “Doctor” without the hard training and education it requires. Faking a PhD from Stanford University he taught psychology at Gannon College in Erie, PA, and then philosophy at St. Martin's College, in Olympia, WA. At length the FBI caught Waldo and sent him to eighteen months in prison for desertion from the Army and Navy in time of war. 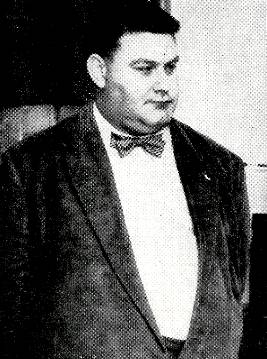 After he got out of prison, his life as a Master Imposter moved into high gear. He went to Canada and met a young surgeon named Dr. Joseph Cyr. Fred stole the doctor's identity and credentials. Then he snuck off to join the Royal Canadian Navy at age 29. Without a background check, he was commissioned as a surgeon-lieutenant on a Canadian destroyer and sent to Korea. He bluffed his way through some minor operations until one day he was confronted with a South Korean soldier who had a bullet near his heart. Demara went to his room with a textbook on surgery and proceeded to speed-read the operation he was now forced to perform. Without hesitation young “Dr. Cyr” opened the man's chest, removed the bullet and sewed him up. The operation was a complete success. He acquired such a lustrous reputation for saving lives that the Royal Navy issued a press release about him. When the real Dr. Joseph Cyr read the article he notified authorities. Embarrassed by their mistake, the Royal Navy quietly dismissed Waldo in 1951 and sent him packing to the United States.

Back home a newspaper reporter asked Fred about his future plans. He said, “I don't know… Being an imposter is a tough habit to break.” In 1955 posing as Dr. Benjamin Jones, he was employed in a Texas penitentiary until a prisoner recognized him. So he fled Texas and turned up at a high school in North Haven, a small island off the coast of Maine. There, the chubby, 250 lb. teacher with a Harvard accent using the name Martin Godgart, taught English, French, and Latin. People liked this jolly Santa-Claus-like teacher so much that when the state police came in February, 1957, and led the imposter away the islanders were sorry to see him go and wanted him back. But Fred Demara said it wouldn't work. He was too lazy to earn a teacher's certificate and he enjoyed his deceptions too much. When he died in 1982 at the age of 60 due to heart failure and complications from his diabetic condition, which had required both of his legs to be amputated, Fred was a lonely, deeply depressed man. His physician described Waldo as a broken man who had wasted his talents. He wanted a doctoral degree without earning it, or a monk's habit without the labor of humility and obedience. 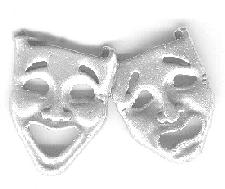 The Great Imposter is an archetype for anyone afflicted by sloth and deception. Fifteen hundred years ago St. Benedict wrote that a monk should not wish “to be called holy before he is holy; but first to be holy, that he may really be called so” (Ch. 4:62).

Jesus was impatient with creative hypocrisy. When he called the scribes and Pharisees “hypocrites” he was saying, “You actors, Scripture may be the lines you quote, but it is not the script by which you live.” Hypocrisy is a tough habit to break. 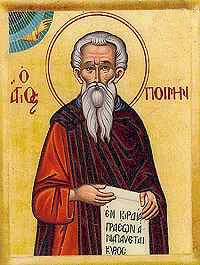 Every sin is an act of self-deception. Yet, St. Gregory of Nyssa teaches that it is difficult or even impossible to overcome all sin. He writes, “Whose eye is without sin, whose hearing is without reproach, who is a stranger to the pleasure of gluttony, who is pure from all sins occasioned by touch. One is envious … another arrogant … another given to anger or lust. Who can say his heart is clean from all these interior movements of the soul?” Jesus knows we are tempted many times a day. A good person is not someone who is never tempted, or who never falls, but one who seeks the grace of God to resist temptation and who falls less often and gets up more quickly.

A brother came to the desert father, Abba Poimen, and said, “Father, I have all sorts of tempting thoughts and because of them I am in peril.” The holy monk replied, “Spread out your shirt to stop the wind from blowing.” “I can't stop it,” he said. The wise old monk told him, “Neither can you prevent evil thoughts from coming into your heart. Your work is to resist them.” Purity of heart is a tough habit to acquire and being an imposter is a tough habit to break. The slothful never make the effort. They are hearers but not doers.

Blessed are you if you never give up seeking the grace of purity of heart every day. You will see God.