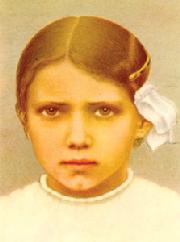 Jacinta said, “Oh, hell!” Little six year old Jacinta of Fatima wasn’t swearing. She was expressing what she saw, saying, “Oh, hell! Hell. How sorry I am for the people who go down there.”

In chapter four of his Rule for Monasteries, St. Benedict writes that we should “Be in dread of hell.” There are 162 warnings about hell in the New Testament, and over 70 of them are warnings by Jesus who would never deceive us. One of them is today’s parable: “The rich man cried out, ‘Father Abraham, have pity on me … for I am suffering torment in these flames.'” 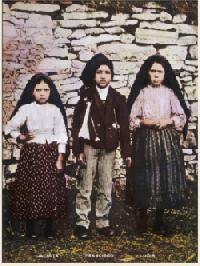 How are we to take the story in today’s gospel of the rich man and Lazarus? Is it altogether fiction, or is it a parable about a real place? Does that kind of hell really exist? On July 13, 1917, three Portuguese children, Jacinta, Francisco, and Lucia, saw a vision of exactly that kind of hell. Lucia writes: “As Our Lady spoke she opened her hands. Rays of light seemed to penetrate the earth, and we saw a sea of fire. Plunged in this fire were demons and souls in human form, like burning embers, all blackened, now raised into the air by the flames … now falling back on every side like sparks in a huge fire, amid shrieks and groans of pain and despair, which made us tremble with fear. We looked up at Our Lady, who said to us so kindly and so sadly: ‘You have seen hell where poor sinners go!'”1

Commenting on this vision Lucia, the oldest of the three, said, “Some people, even the most devout, refuse to speak about hell. Yet God did not hesitate to show hell to three children, one of whom was only six years old. Jacinta often sat thoughtfully on a rock, and exclaimed: ‘Oh, hell! Hell! How sorry I am for the people who go down there, burning alive like wood in the fire.’ Shuddering, she would kneel down and recited the prayer that Our Lady had taught us: ‘O my Jesus, forgive us. Save us from the fires of hell. Lead all souls to heaven, especially those who are in most need.’ Jacinta said, ‘Tell everybody what hell is like, so that they don’t commit any more sins and won’t go to hell.’ “2 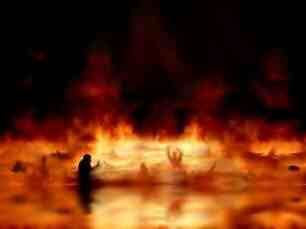 I fear hell. Even St. Bernard was struck with this fear. He writes in Sermon 16 on the Song of Songs: “I dread the thought of hell. Terror unnerves me at the thought of a world tumbling to ruin, the immense fires and uncontrollable storm. I am terrified of the pit that swallows up sinners, where demons roar. I recoil in horror from the gnawing worm, the rolling fires, the smoke and sulphurous mist, the whirling storms; I recoil from the vastness of the dark. Who will turn my eyes into a spring of tears, that I may avoid that weeping and gnashing of teeth, the unyielding shackles, the heavy bonds that burn and never consume.” 3 He concludes, “Let us go down into hell alive, so that after death we may escape it.” 4 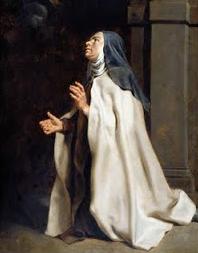 There is another account of hell described by St. Teresa of Avila, the great reformer of the Carmelites in the 16th Century. Here is what she writes in the 32nd chapter of her life: “While I was in prayer one day, I suddenly found that, without knowing how, I had seemingly gone down to hell. … My bodily pains were unbearable, and I saw that they would go on without end. This was nothing next to my soul’s agony, a constriction, a suffocation, an affliction with such a despairing and tormenting unhappiness that I don’t know how to word it strongly enough. I was left terrified, and still am now in writing about this almost six years later. From this experience also flow my great impulses to help souls … It seems to me that in order to save even one [soul] from such appalling torments I would suffer many deaths very willingly.”5

We are a happy people! We have life and freedom, we eat and sleep, we work and play, we talk and laugh. We love God and our neighbor. But in our happiness we need to have that good and holy fear of hell that Jesus warned us about when he said, “They will be thrown into the outer darkness; there people will weep and gnash their teeth” (Mt. 8:12). 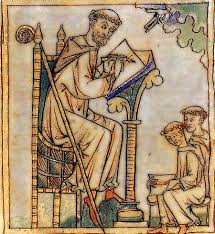 But fear should not lead us to despair. Many stories in the Gospels teach us how willing God is to forgive sins and save us from hell. Like the parables of the prodigal son who was embraced by his father, and the tax collector who prayed, “God be merciful to me a sinner,” and was forgiven, and the story of the good thief who heard Jesus say, “Today you will be with me in Paradise.”

With so much mercy how is it possible, then, for anyone to die unforgiven and go to hell? St. Bernard teaches that it is because of stubbornness in evil. In St. Bernard’s sermon on Conversion6, he describes three steps in the hardening of our hearts: first, the devil tempts us to shut our eyes to our own frailty, making it easy to fall; second, he tempts us to deny our sinfulness after a fall, so that we will not confess it; and third, he tempts us to stubbornly continue repeating our sins. Stubbornness in this life becomes eternal stubbornness in hell. Stubbornness is our greatest danger.  It is a lot easier to stubbornly persist in sin if the reality of hell is denied altogether. Disbelief, denial of hell’s existence, leads to presumption, into thinking that all sins are forgiven even without repentance.

How can we help one another to avoid hell? By loving Christ and one another, especially by receiving the Eucharist together as often as possible. By being quick to repent and confess our sins so that the devil’s stubbornness cannot take hold of us. And by praying for perseverance. Every repetition of a Hail Mary in the Rosary is a prayer to persevere in grace, now and at the hour of our death. If we do this we will hear the Lord say to us what was written by the prophet Isaiah: “Thus says the Lord who created you: ‘Fear not, for I have redeemed you; I have called you by name, you are mine. … You are precious in my eyes, and honored, and I love you,'” (Isaiah 43:1-4).