Fraternal correction! Very few do it well. Some of us prefer to nurse a grudge to the point of explosion, or we find release by complaining about someone behind the person’s back, or we might react to an offense by inflicting an icy silence, or we can be mean and try to get even. It is a rare gift to uncover a sensitive area and talk about it in a kind and reasonable way. St. Teresa of Avila teaches that the quality of our relationships is a better indication of our relationship to God than dwelling in the heights of mystical prayer.

Christ teaches us to practice fraternal correction saying: “Go, point out the fault when the two of you are alone,” . If we show love to someone who has done wrong, we are more likely to encourage reconciliation and a change of heart. 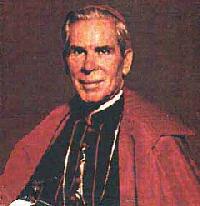 Henri Nouwen in his book, The Genesee Diary, tells a story about Br. Anthony Weber. Brother Anthony overheard a hired construction worker using the name of Jesus in a profane way. Brother went over to him, put his arm around the man’s shoulders and said, “Around here we love that name.” Embarrassed and shamed by this tender correction the man replied, “I do, too.” He listened. That was the end of his profanity. Br. Anthony won the man’s heart and a change in his conduct.

William Blake writes in his poem A Poison Tree, “I was angry with my friend, I told my wrath, my wrath did end. I was angry with my foe, I told it not, my wrath did grow.” Fraternal correction really is a difficult thing to give and receive. Few do it well. Once in a little village church, an altar boy dropped a cruet of wine. Irritated, the village priest gruffly told the boy to leave. He did, and later that boy became the man who established communist rule in Yugoslavia, Marshal Tito. In the cathedral of a large city another altar boy made the same mistake. The bishop, with a warm and forgiving smile shrugged his shoulders and gently said to him, “Someday I hope you will be a priest.” That boy became Archbishop Fulton J. Sheen. Showing love and expecting goodness from those who make mistakes brings out the best within them.

In the year 2001, the tragic events of 9/11 left our country shocked and angry. Asked how we should respond, perhaps the wisest answer came from a four year old girl, Laura Beth Kulbacki. Quoted in the Nov. 19th issue of Newsweek she said, “Why don’t we just tell them our names?” It is harder to harm someone you know by name, who looks for what is best in you.

Christ teaches fraternal correction, not only to do it well, but to receive it well. Charlie Brown was unwilling to listen, “I don’t want to know, leave me alone.” Elizabeth Barrett Browning, an English poet who died in 1861, was a gifted woman. By the age of ten she was reading Shakespearean plays, Milton’s Paradise Lost, and Dante’s Inferno. As a teenager she taught herself Hebrew, Greek, German and French in order to read Scripture and literature in the original languages. 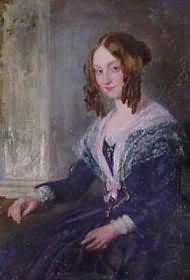 Yet, she experienced great suffering: migraine headaches since childhood, chronic respiratory disease, and a permanent spinal injury at age fifteen while saddling a horse. Nineteen years later she witnessed the drowning of her favorite brother. She was emotionally shattered and blamed herself. For the next five years she lived in deep interior pain, rarely leaving her room, distracted only by writing poetry about the suffering of slaves in the colonies and of children laboring in coal mines and textile mills. Then, at age thirty-nine, joy broke through her misery and isolation. The poet, Robert Browning, wrote to her, “Dear Miss Barrett, I love your verses with all my heart, and I love you too.” During the next twenty months they exchanged over five hundred love letters, keeping their romance a secret from her father who had forbidden her to marry anyone. They had to marry without his knowledge, and a week later Robert and Elizabeth moved to Italy. Her father refused to give his blessing, and never spoke to her again. For ten years until his death she wrote beautiful letters to her father every week, expressing her love and asking for reconciliation. He never replied. Returning to England for his burial she looked for some sign that her love had touched his heart. What she found was devastating. He had kept all her letters but never opened one of them. He was unwilling to listen, “I don’t want to know, leave me alone.” The existentialist Jean Paul Sartre said hell is other people. But, perhaps hell is simply  spending eternity alone, stubbornly nursing a grudge.  Giving and receiving fraternal correction is a difficult thing. But when two people come together to work out their differences Christ is there in the midst of them, helping them see the goodness in each other. Isn’t that what heaven is like, discovering the beauty and goodness in God and one another?

When Flannery O’Connor was asked why she wrote novels about bizarre people and events she replied, “In a deaf world you have to shout.” But a deaf world often does not hear even when you shout. 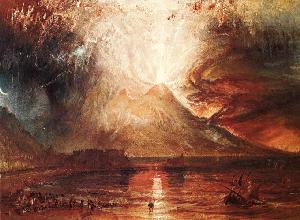 The explosion of Mount Vesuvius, a volcano in Italy, blasted superheated gas across the Roman city of Pompeii in the year 79 AD, killing everyone in its path. And shortly afterwards volcanic ash and lava buried the citizens who had been buying and selling in the market place. The rich died in their luxurious baths. A baby was encased in its wooden crib. Seven adults and six children were caught trying to flee, clutching their throats, choking and gasping for clear air until they were petrified in hot lava. For months the volcano had been shaking and rumbling; for weeks a plume of smoke drifted from the top. But people let their possessions hold them back from fleeing to safety, merchants clung to their businesses and families to their homes. No one was wise enough to understand the danger and sound an alarm. They all miscalculated the power of the volcano and died.

On April 14, 1912, the allegedly unsinkable Titanic smashed against the side of a giant iceberg. Captain Smith, completely ignoring all reports of icebergs dotting the Atlantic shipping lines, set his ship at full speed ahead, hoping to arrive in New York City a half day early. 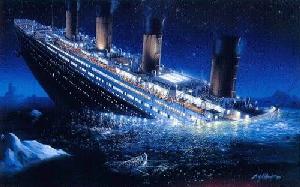 Then, twenty minutes before midnight, a towering mountain of ice loomed up in the path of the world’s largest ocean liner on its maiden voyage. The pilot frantically tried to turn away but it was too late. The starboard side of the tiny Titanic repeatedly banged against the giant iceberg. It sank beneath the frigid waters two and a half hours later, taking over fifteen hundred people to an icy-cold grave. Families were divided, women and children to the boats, while husbands and fathers were left on the decks to die, all because Captain Smith miscalculated the danger ahead. He was not wise enough to sound an alarm and stop the boat, or redirect it to safer waters.

Early on a bright Sunday morning in December of 1941 dive bombers rained destruction on our battleships at Pearl Harbor. The surprise attack killed over two thousand sailors. Japan, hoping to destroy the power of the U.S. Navy, caught the battleships at anchor but missed the entire aircraft carrier fleet which was at sea. A sleeping giant awoke with a roar of pain and anger. There were signs of what was coming, 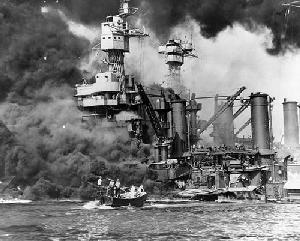 but no one was wise enough to sound the alarm. Sailors paid the price with their lives when authorities miscalculated the shrewdness and daring of a distant foreign emperor.

The Book of Wisdom teaches that, “The plans of mortals are unsure, …they are scarcely able to grasp the things of earth, still less able to grasp the things of heaven” (Wis. 9:14-16). But Christ knows what is coming in heaven and on earth. In today’s gospel he sounds the alarm and points the way to eternal safety. Large crowds walked with Jesus under the hot sun along the dusty road to Jerusalem, thirsting even more for his wisdom than for water. Suddenly he turned and shocked them with this warning: “If you come to me without renouncing all your possessions you cannot be my disciple. Yes, even your family and your own life! Unless you carry your own cross and come after me you cannot be my disciple.”

Christ sounds an alarm. The prince of this world is at war with us, and he is far stronger than we are. But Jesus cannot lead us to safety if we let anything hold us back from following him. Today’s gospel is a call to renounce all else rather than renounce Christ. At chapter today, Fr. Brendan said there are some who professed to be atheists, but there are millions who live as if God did not exist. The cost of discipleship is very high. But the cost of not following Christ is much higher-it is to lose one’s life forever.

Nothing was as shocking to those who were walking along the road with Jesus than hearing this warning: “Unless you carry your own cross and come after me you cannot be my disciple.” To people living in the Roman Empire “carrying a cross” was not a religious metaphor. It was a reality, a common sight. It was the death march of a person on the way to crucifixion, a dead man walking, stripped of all possessions, without honor, cut off from relatives and friends, about to die. Jesus, who sees the dangers of this world, sounds the alarm and urges us to let nothing hold us back: suffer the loss of all possessions, of all honor, of family, and of life itself even by a painful death as Christ’s disciples following him to the kingdom of heaven 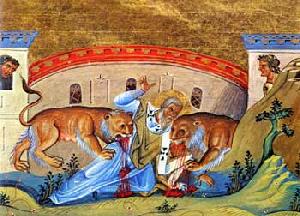 St. Ignatius of Antioch on the way to his martyrdom in the Coliseum writes: “Let me be fodder for wild beasts…. Now is the moment I am beginning to be a disciple…. Come fire, cross, battling with wild beasts, wrenching of bones, mangling of limbs, crushing of my whole body, cruel tortures of the devil-only let me belong to Jesus Christ” (Letter of St. Ignatius to the Romans). I don’t think I have the strength to do that. But I can ask for that strength, the grace to renounce even my own life for love of Christ.

A volcano, a giant iceberg, and a surprise attack are singular dangers, not often repeated. But the war against us by the world, the flesh, and the devil is a daily, never ending martyrdom. Christ sees our danger, and sounds the alarm. But he wants us to follow him freely, out of love, not out of compulsion. Like St. Paul in his letter to Philemon, Jesus “prefers to do nothing without [our] consent in order that [our] goodness might not be by compulsion but of [our] own free will” (Philemon 14). 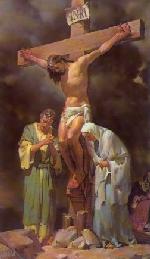 We have no lasting city on earth, the towers we build here will not long endure. Christ calls us to follow him to a better city, to the safety of our true homeland in heaven.

Discipleship is the grace to give up everything rather than be separated from Christ. Mary, his mother, suffered a parent’s martyrdom when she met her Son carrying the cross to crucifixion. But she gave up Christ on earth to be united with Christ in heaven. When we renounce everything for love of Christ, we receive everything because of his love for us. What is the cost of discipleship? Giving him our whole heart. What is the blessing of discipleship? Receiving the gift of Christ’s whole heart to us forever.