Wednesday in the Eleventh Week of Ordinary Time

Homily for Wednesday in the Eleventh Week of Ordinary Time

In the life of St. Paul, written by the Dominican Fr Jerome Murphy O’Connor, there is a scene, described with stunning realism, which has haunted me ever since I read it several years ago.  Fr. Jerome suggests there is good reason to believe that St. Paul was actually present in Jerusalem the day Jesus died – and very likely took no interest in the event; or even took any notice of it.  Fr. Jerome writes: “It would be a mistake to suppose that on the day Jesus died, all Jerusalem stopped what they were doing in order to witness his execution.  Rather, on that particular day when Jerusalem was inundated by thousands of Jewish pilgrims preparing for the high Holy Days, the sight of a condemned man accompanied down the street by a few Roman soldiers would have engaged little interest or attention on the part of anybody.”  That procession which Christians believe was prelude to the salvific event of history, was probably scarcely noticed by the people on the street that day. 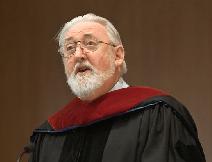 Jesus was not a monk, but Fr. Jerome is reminding us that Jesus is founder and exemplar of what has come to be called “the hidden witness”.  But this suggests that witnessing to God invisibly might actually be essential to the vocation of a disciple of Jesus Christ.  Jesus says in today’s gospel: “Be careful not to let your righteous acts be seen by men.  Take care that your giving be done in secret.”  Well, all right.  But under Pope Francis there has been a new impetus to experience and spread the joy of the gospel.  So – how does the joy of the gospel find expression in one whose witness to Christ – is hidden from view?

Dom James Fox, of Gethsemani Abbey, who spoke of the hidden witness more passionately than any Cistercian of the last century, tells the story of a sister who over the course of her entire religious life labored in obscurity as the community dishwasher, lived out her life, died in obscurity and was buried.  And then, one day a little blind boy inadvertently walking across her grave found his sight suddenly and completely restored and began yelping and singing and dancing around the graveyard.  Where is the joy of the gospel – in the hidden witness? 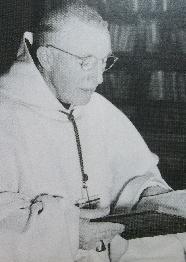 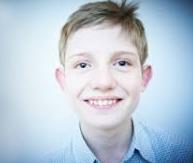 It is hidden.  Hidden, because no one can seem to remember seeing it especially evident in the sister washing the dishes.  Hidden, because she never possessed that joy as something to be enjoyed herself but only to be given to someone else.  An authentic witness, because she didn’t hide the joy in herself.  She hid it in the little boy who proclaimed it to the world.

Wednesday in the Eleventh Week of Ordinary Time

Homily for Wednesday in the Eleventh Week of Ordinary time 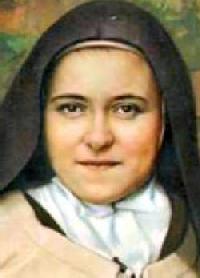 To shine or not to shine, that’s the question! Jesus warns us, “Beware of practicing your piety before men in order to be seen by them.”But he also says, “Let your light so shine before men that they may see your good works and give glory to your Father who is in heaven.”So, what are we to do?

When Dom Philip O’Connor was abbot in the 1950’s he taught this bit of wisdom: “Don’t do something just in order to edify others; but also, don’t omit to do something because it will edify.”  What matters is our motivation. St. Thérèse of Lisieux said, “Our Lord doesn’t look so much at the greatness of our actions, but at the love with which we do them.”

Yet, as unworthy servants we often act with mixed motives, from love of God and self-love. So St. Benedict teaches us, “To attribute to God, and not to self, whatever good we see in ourselves, and to recognize that the evil is our own doing, and impute it to ourselves.”Do this and then let your light shine because the world desperately needs real Christians. A popular song from the 1950’s titled “Glow-worm”when applied to Christians expresses this very well: 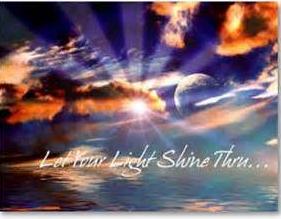 Lead us lest too far we wander

Hey there, don’t get dimmer, dimmer

Light the path below, above,

And lead us on to Love!