Wednesday in the Second Week of Lent

Homily for Wednesday in the Second Week of Lent

The gospels have been about humility this week. Today Jesus teaches us about the virtue as it relates to competition. In the carnival of life, status and rank are sideshows. The true significance in life is in the Paschal Mystery. Jesus is patiently teaching his followers –us- that self-sacrificing love is to be the focus of our lives.

The idea of focus goes right to the heart of humility as the contrast of competition. Humility (self-emptying) is the virtue Christ is most known for. Humility is the art of being human when the human is clear about what matters most. “Being clear” is a matter of being focused. “What matters most” is known by what makes a difference. We focus on that. After the temptations and after the Transfiguration Jesus was clear about what matters most and His attention was ordered to that. It was time for the disciples to do the same. 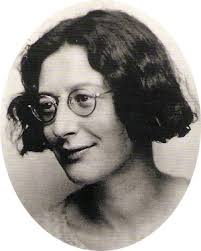 French philosopher Simone Weil noted that the task of the humble person is to turn his attention to what matters most with the conviction that such attention will not go unrewarded. It will make a difference…a BIG difference.  Given our propensity for distraction, worry, and a divided heart, when we –like Jesus- consent to directing our attention and love to God, we are given the power to succeed in doing so. This power to direct our attention to God is not to be taken for granted by according it to self.

St. Bernard said that the focus of our thinking in humility has three elements: recognition of self as one is; recognition of God, and recognition of our relation to God. These three elements will be addressed next Sunday in the preamble to the Ten Commandments: “I am the God Who brought you out of Egypt, the place of slavery.” So we see self as in need of being saved; God as the savior; and our relation to Him is as one who is loved and liberated. Humility is directed away from self and to what is greater than self.

When St. Benedict wrote his Steps of Humility, he was trying to foster an attitude toward certain facts and the significance we find in them. Those facts are in the RB Prologue and first step. It is about mindfulness; what we pay attention to. It is NOT self!

The longing for absolute good and the power to direct attention and love to it must be what bonds a community. It is in that longing and the received power of attention that equality within the community exists. Each is to accord value in himself only to what is transcendent. And that value must be accorded to each other. That is what we are given freedom for. A person is humble if they do not cherish their own gifts more than that of others. It is then that one is able not to be served, but to serve.

Wednesday in the Second Week of Lent

Homily for Wednesday in the Second Week of Lent

On his way to be crucified, Jesus tried to tell his disciples about the agony he was feeling, “We are going up to Jerusalem where the Son of Man will be handed over to be condemned, mocked, scourged, and crucified, and then raised on the third day.”  They didn’t respond to his distress.  Instead, they were thinking about power and honors.

Yet, for all his inner agony, Jesus treats them with humility and kindness.  He asks, “What do you wish?”  St. Benedict urges monks, especially the procurator of the monastery, to put on the kindness of Jesus. He writes, “If goods are not available to meet a request, let the procurator offer a kind word in reply, for a kind word is better than the best gift,” (RB 31:13f). The disciples had their eyes on a banquet cup full of spiced wine, so Jesus offers them a chalice, but not the kind they were expecting.

One day Charlie Brown was fleeing from the wrath of Lucy who was threatening him with her raised fist: “I’ll get you, Charlie Brown, I’ll get you, I’ll knock your block off.”  Suddenly he stopped running and wheeled around. “Wait a minute,” he said,“Hold everything. We can’t carry on like this. We have no right to act this way. The world is filled with problems. People hurting each other, people not understanding one another. Now, if we as children can’t solve our minor problems, how can we expect …..”  At this point Lucy interrupted Charlie Brown’s preaching with a stiff punch that knocked him to the ground. She said, “I had to hit him quick. He was beginning to make sense.”That little scene captures the high calling of Jesus’ disciples: to speak the truth and to suffer for it; to stand in harm’s way without ever doing harm; to win hearts not by force of violence or striking back, but by love; to suffer and to die for others, just like Jesus.