Wednesday in the Third Week of Lent 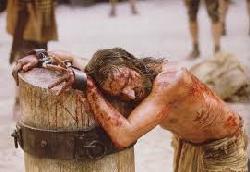 “I have not come to abolish, but to fulfill.”  The sacred scriptures foretold the passion and death of Jesus.  He knew that not one lash during his scourging at the pillar would be lacking, not one thorn piercing his head would be missing, not one slap across his face would be stopped, not one bit of spittle would be held back, not one word of mockery would be omitted, and not one minute of his crucifixion would be over until all was fulfilled. 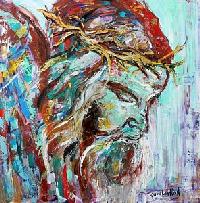 At his baptism Jesus made a commitment to suffer and die for us.  But it was a commitment he had to keep making over and over again. Here, in the Sermon on the Mount Jesus repeats his commitment when he says, “Not the smallest part will pass from the law until all things have taken place.”  He makes it again after cleansing the Temple when he says: “Destroy this Temple and I will raise it up in three days.”  Every time he told his disciples how he would suffer greatly and be killed he was renewing his commitment.  He spoke of it during his Transfiguration.  He described it in the parable of the vineyard.  He affirmed his commitment when Mary anointed his feet.  And he struggled to keep it during his agony in the garden: “Abba, Father, not my will but yours be done.”

We also need to keep making our commitment to follow Jesus not just once, but over and over again until the day we can say with deepest joy, “It is finished!”