Wednesday in the Thirty-Fourth Week of Ordinary Time

Perseverance!  Postage stamps have a beautiful quality: by sticking to one thing they reach their goal.

For eighteen years William Wilberforce, a Christian politician in England, perseveringly introduced anti-slavery motions in Parliament, but always meeting with defeat.  Discouraged, he nearly gave up until he read this message from his friend, John Wesley: “I don’t see how you can continue your glorious enterprise opposing that abominable practice of slavery. Unless God has raised you up for this very thing, you will be worn out by the opposition of men and devils. But if God is for you, who can be against you? Oh, be not weary of well-doing. Go on in the name of God and in the power of his might.” 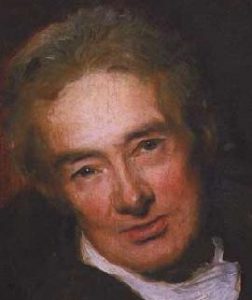 He did. Finally, in 1807, the British Parliament passed his motion to abolish the slave trade.  But that didn’t free the existing slaves.  It wasn’t until twenty-six years later that England finally approved William’s motions to free all slaves.  He died three days after seeing his great victory for human rights, for freedom.

May we in our turn be as persevering in praying and working for an end to the abortion of children, not only to secure their lives, but ours as well.  “Failure is not always a mistake. The real mistake is to stop trying.”1