Wednesday in the Thirty-First Week of Ordinary Time

This is a hard saying! “If anyone comes to me and does not hate his own father and mother, wife and children, brothers and sisters, yes, and even his own life, he cannot be my disciple.” Jesus can't be preaching hate. What does he mean?

But it's still a hard saying. In a recent campus shooting, a girl was asked if she was a Christian. 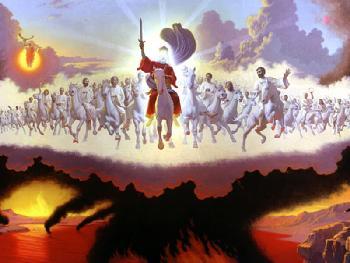 She could have said no to save her life. Instead, she said, “Yes.” And she did this after the person ahead of her was shot to death for saying yes.

St. Paul writes that “[All] who want to live a godly life in Christ Jesus will be persecuted” (2 Tim 3:12). We are given these hard sayings to prepare us for severe trials, even death. For those who die in Christ Jesus can say, “Oh death, where is your victory? Oh death, where is your sting?” (1 Cor 15:455). Our enemy, Satan, with twenty thousand troops is stronger than we are, but prepared by Jesus, “We are more than conquerors through him who loves us” (Rom 8:37).