Wednesday in the Twenty-Eighth Week of Ordinary Time

Homily for the Twenty-Eighth Week in Ordinary Time 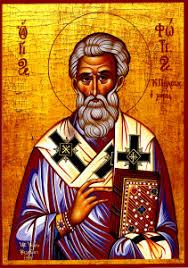 Jesus accuses the Pharisees and Scholars of the law of being great sinners..  Yet, St. Gregory of Nyssa teaches that it is difficult or even impossible to overcome all sin.  He writes, “Whose eye is without sin, whose hearing is without reproach, who is a stranger to the pleasure of gluttony, who is pure from all sins occasioned by touch.  One is envious … another arrogant … another given to anger or lust.  Who can say his heart is clean from all these interior movements of the soul?”[i]  Jesus knows we are tempted many times a day.  A good person is not someone who is never tempted, or who never falls, but one who seeks the grace of God to resist temptation and who falls less often and gets up more quickly.

A brother came to the desert father, Abba Poimen, and said, “Father, I have all sorts of tempting thoughts and because of them I am in peril.”  The holy monk replied, “Spread out your shirt to stop the wind from blowing.”  “I can’t stop it,” he said.  The wise old monk told him, “Neither can you prevent evil thoughts from coming into your heart.  Your work is to resist them.”   Such purity of heart is a tough virtue to acquire.  But blessed are you if you never give up seeking the grace of purity of heart every day. You will see God.

Wednesday in the Twenty-Eighth Week of Ordinary Time 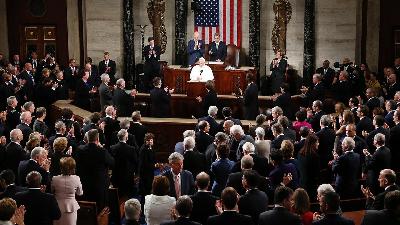 Following Pope Francis' address to the U.S. congress, one heard comments of people who were a bit disappointed that on this singular and historic occasion the pope only touched on certain very significant issues such as abortion, same sex marriage, and religious freedom. He addressed them, but you had to be really paying attention to catch the few passing phrases eluding to them.

Others expressed appreciation and some relief that the pope didn't use the occasion to ascend a “bully pulpit” and clobber the congress with the butt end of Catholic moral teaching. One such person I spoke with said: “Such an address would only have been divisive.” I appreciated the point and I agree that, spoken in the wrong way, a moral lecture by the pope on that occasion would have been counter-productive. But I wanted to ask the person: “Is the pope then not supposed to be divisive?” Like ever?

A glance at today's gospel confirms that Jesus himself could on occasion express himself in the strongest terms with evidently little concern that such talk might be divisive. He taunts the Pharisees pitilessly for the airs they put on, taking the first seats in synagogues. He calls them: “unmarked graves”. 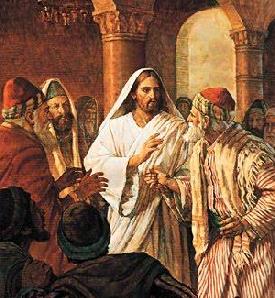 Observing Jesus' own example, one is obliged to ask: Are there limits to the “tolerance” we prize so highly today? We champion dialogue. Are there certain conditions that must exist before dialogue can actually be fruitful. Theologians such as Jurgen Habermas and Joseph Ratzinger challenge us to be honest about the fact that aspects of some world religions are “derailments” and “pathologies” whose real falsehood and danger to souls needs to be frankly acknowledged. But then, witnessing to truth in the face of such aberrations of true religion, how does one witness to love, the most important thing of all? Johann Baptist Metz has this to say about all such “God talk”: if it is in fact the true God you are talking about, then be aware your conversation is really about the suffering of the poor. God is the God of the poor who compassionates suffering. This is an interesting lense through which to look at today's gospel: Might we interpret Jesus' apparently harsh and insulting words as expressions of compassion; of God's own compassion and love for sinners whose attachment to dubious religious observances might cost them eternal life? Might a commitment to speak the truth with love allow us to speak the truth bluntly, with confidence that the division we are effecting will at last be only the separation of truth from lies?