Wednesday in the Twenty-Second Week of Ordinary Time

Homily for Wednesday in the Twenty-Second Week of Ordinary Time

In the Prologue of his Rule for Monasteries, St. Benedict writes, “First of all, every time you begin a good work, pray to the Lord most earnestly to bring it to perfection.” 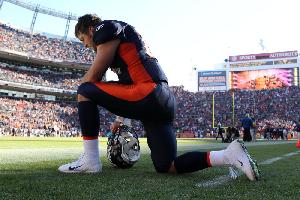 So it is that today all Cistercian monks and nuns are asking the Holy Spirit to guide our superiors as they begin meeting at the General Chapter in Assisi. They have important decisions to make for the welfare of the whole Cistercian Order.

But St. Benedict’s teaching is not just for his disciples. It is for everyone. Tim Tebow, a great professional quarterback, practiced it by dropping down on one knee in prayer on the football field in front of everyone before an important play.  His example has inspired so many people that his name is now a common word in the English language.  Tebowing means to pray in public before a good work by dropping to one knee with head bowed in reverence.

Tim Tebow didn’t stop praying this way after his football career.  He set up the Tebow Foundation to help children in need around the world.  There are many inspiring stories and images of Tim praying publically with children suffering from terminal illness.

I have to admit that I have grown rusty in my own practice of prayer before beginning good works.  It’s time to scrape off the rust.