Wednesday of First Week of Lent

Homilies help people in different ways: some are converted to better ways, some are strengthened in virtue, others wake up refreshed. If I fail to break open the readings for this evening’s liturgy, I hope that you at least wake up refreshed.

I have trouble remembering people’s names. Once I called Carolyn, a fellow student, “Mary” and a monk named David I called “Paul.” When someone comes up to me and says “Hi, Steve” I feel terrible when I can’t remember the person’s name, and have to reply, “Hi, uh, how are you doing?” On one occasion I couldn’t remember how to spell my own first name, which is Philip. I always use my middle name, Stephen. But I had to sign my full name on a government document and I couldn’t remember if Philip was spelled with one L or two!! When you are signing your name in front of a government official you don’t look up and ask, “Is Philip spelled with one L or two?” 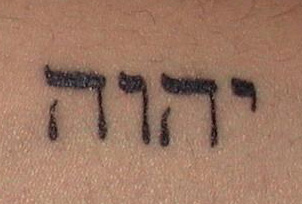 God’s name, Yahweh, is one we all love and remember. Other names for God in the Bible we easily forget: El Shaddai God Almighty; El Elyon God Most High; ego eimi I am; ho On The Being, the one who Is; Qadosh The Holy One. But the sacred name, Yahweh, is special because it is God’s own self-revelation to Moses. It is really like a nickname, a shortened form of a much longer name. Many of us have nicknames. Chris for Christina, Joe for Joseph. My father’s side of the family comes from Belgium. When my older brother and I went to a Norbertine summer camp for boys in central Wisconsin, the priests called my brother “Belge,” the Belgian. The kids misunderstood and thought they were calling him “Belch” (a fitting name because my Dad was president of Blatz brewery in Milwaukee). Since my older brother was “Belch” the kids called me “Burp“. These descriptive nicknames tell you something about the person: you’re Belgian; or you grew up on beer. 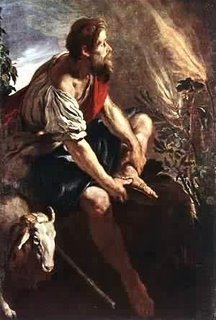 The Lord’s name, Yahweh, is a short form for a longer descriptive name. One day Moses prayed: “Show me your glory.” The Lord replied, “I will make all my goodness to pass before you and proclaim before you my name.” Yahweh put Moses in the cleft of a rock on Mt. Sinai, covered him with his hand, and passed by him proclaiming:

YAHWEH, YAHWEH, A GOD MERCIFUL AND GRACIOUS,
SLOW TO ANGER, AND ABOUNDING IN STEADFAST LOVE AND FAITHFULNESS,

BUT WHO WILL BY NO MEANS CLEAR THE GUILTY .

The story of Jonah is a story about God’s name. After Nineveh’s repentance, Jonah says to God: “I knew that you are a gracious God and merciful, slow to anger, and abounding in steadfast love, and repent of evil” He remembered God’s name as revealed to Moses, so he fled, because he didn’t want Nineveh to repent and be forgiven. It made Jonah angry, angry enough to die! 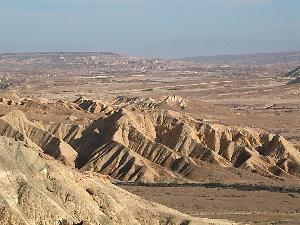 This revelation of God’s full name influenced the whole Old Testament. When Moses interceded with Yahweh for the rebellious Israelites in the book of Numbers, he appealed to God’s name: “I pray, let the power of the Lord be as you have proclaimed, saying: Yahweh is slow to anger, and abounding in steadfast love, forgiving iniquity and transgression…” .

When the prophet Micah saw the Northern Kingdom taken into exile he found reason to be hopeful because of the name of God: “Who is a God like you, pardoning iniquity, and passing over transgression for the remnant of his inheritance? He does not retain his anger forever because he delights in steadfast love. He will again have compassion upon us” .

When Jeremiah tried to divert the Southern Kingdom from disaster and exile, the Lord spoke through Jeremiah reminding the people of the meaning of his name: “Return, faithless Israel, I will not look on you in anger for I am merciful, I will not be angry forever, only acknowledge your guilt” .

After a plague of locusts, the prophet Joel called the people to repentance, saying: “Return to Yahweh, your God, for he is gracious and merciful, slow to anger, and abounding in steadfast love, and repents of evil” .

When Ezra asked the Lord to consecrate the people after the Exile, he addressed God by his whole name: “You are a God ready to forgive, gracious and merciful, slow to anger, and abounding in steadfast love” .

One Psalmist needing strength and consolation appeals to the revealed name of God: “O Lord you are good and forgiving, full of love to all who call…God of mercy and compassion, slow to anger, O Lord, abounding in love and truth, turn and take pity on me” . 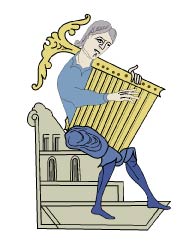 Another Psalmist rejoicing in forgiveness calls to mind God’s name: “Yahweh is compassion and love, slow to anger and rich in mercy. His wrath will come to an end, he will not be angry for ever. He does not treat us according to our sins, nor repay us according to our faults” .

Finally, a third Psalmist glorifies God by repeating that beautiful name: “Yahweh is kind and full of compassion, slow to anger, abounding in love. How good is the Lord to all, compassionate to all his creatures” .

The revelation and the memory of God’s name is at the heart of the whole Hebrew Scriptures. But who could have imagined that God’s name would take flesh and appear among us as Jesus, Savior?

Jonah is the counterpoint to this name of God; he wanted to die rather than see Nineveh forgiven. Jesus is the New Testament expression of God’s name; he loved us enough to die for us. And now, we are about to become one flesh with the sacrament of God’s name, with Jesus whom we love, so that we also may become merciful and gracious, slow to anger and abounding in steadfast love and kindness.