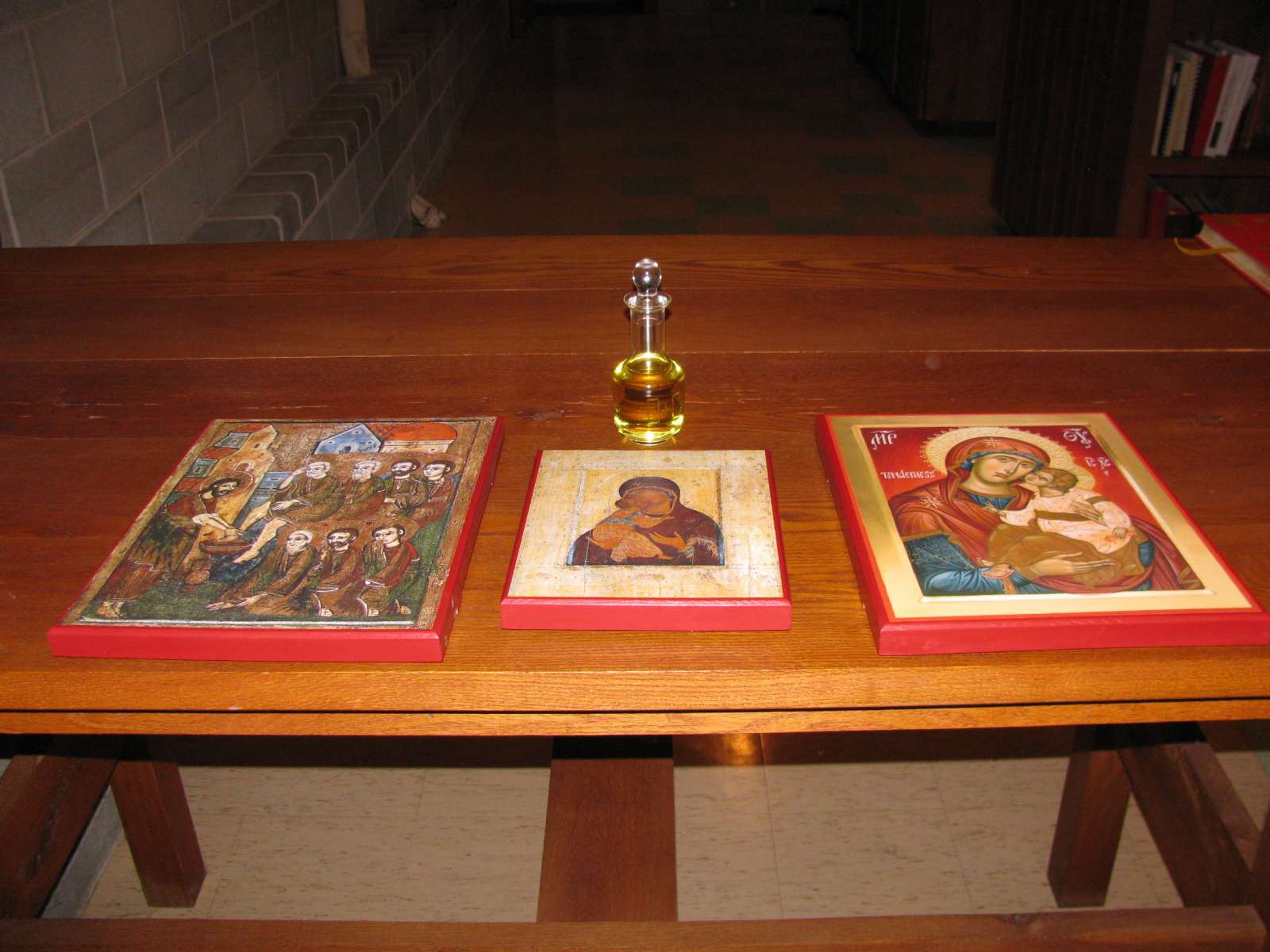 Thanks to the generosity of Christmas donors we have procured three new icons for the monastery. Fr. Mark blessed the icons after Mass today and they were then hung in the sacristy and the main stairwell.

Theotokos: The eleusa (tenderness) genre of icons has Christ embracing His Mother tenderly in a gesture of love. Her hand points to her Son in a gesture of humility and deference to Him as God.