Dr. David Brakke is the Joe R. Engle Chair in the History of Christianity and Professor of History at The Ohio State University. He is at New Melleray today and tomorrow to give us four conferences related to early monasticism in the Egyptian desert. 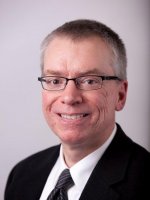 The specific topics are:

Dr. Brakke received the B.A. in English from the University of Virginia (1983), M.Div. from Harvard University (1986), and Ph.D. in religious studies from Yale University (1992). Professor Brakke studies and teaches the history and literature of ancient Christianity from its origins through the fifth century, with special interests in asceticism, monasticism, “Gnosticism,” biblical interpretation, and Egyptian Christianity. He is currently a member of an international team of scholars that is producing the first unified critical edition and translation of the works of Shenoute of Atripe (ca.348-465), the leader of a large monastic community in Upper Egypt and the greatest native writer of Coptic.