This afternoon our architects temporarily mounted two experimental fans in our church. One is mounted on a beam over the lectern and the other is in the area of the organ. This is part of our ongoing efforts to address the issue of warm moist air collecting in the peak of the ceiling, condensing on the boards, and dripping to the floor below. The fans are intended to circulate the warm moist air away from the ceiling. We are testing two different fan styles for noise and air flow. If we decide one of the fan styles is helpful then permanent installations will be done at measured intervals near the peak of the ceiling (rather than beneath the beams as currently mounted). 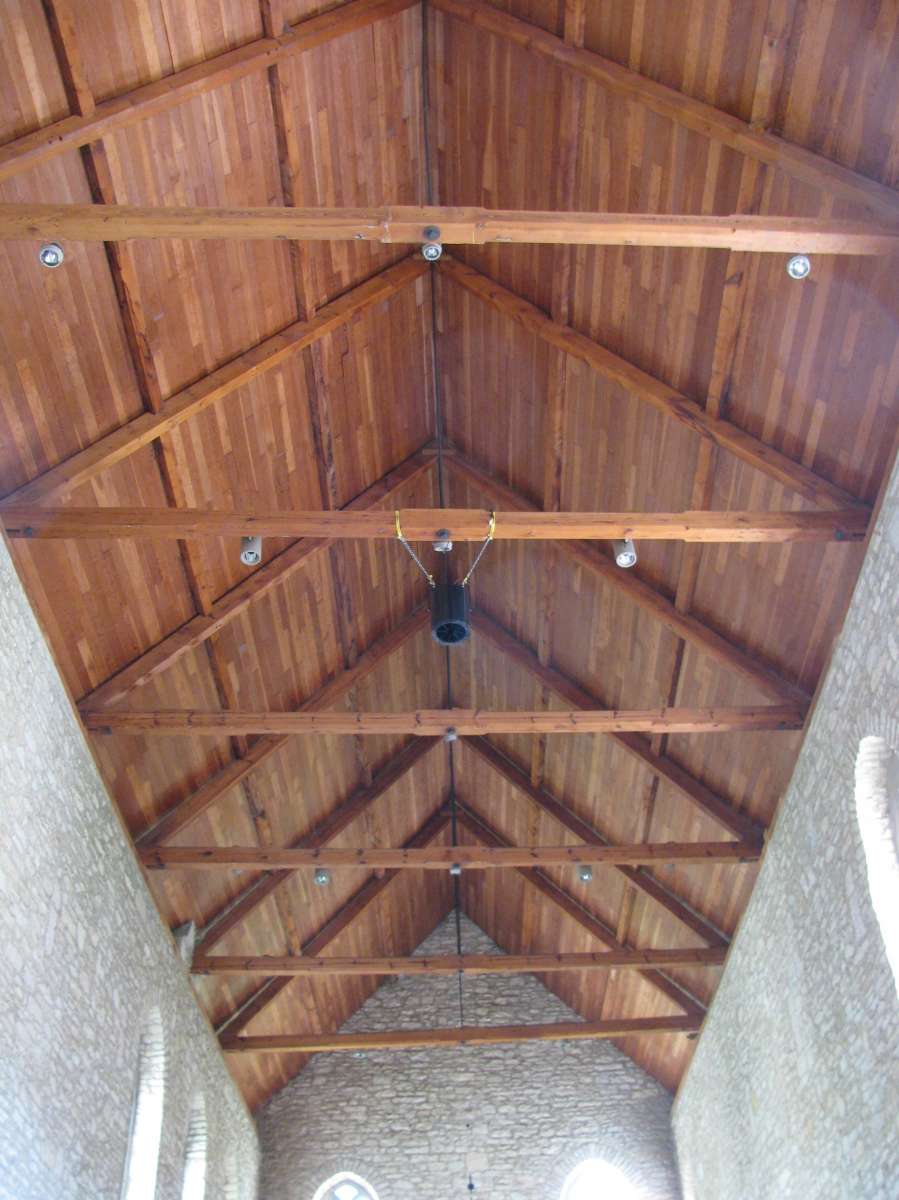 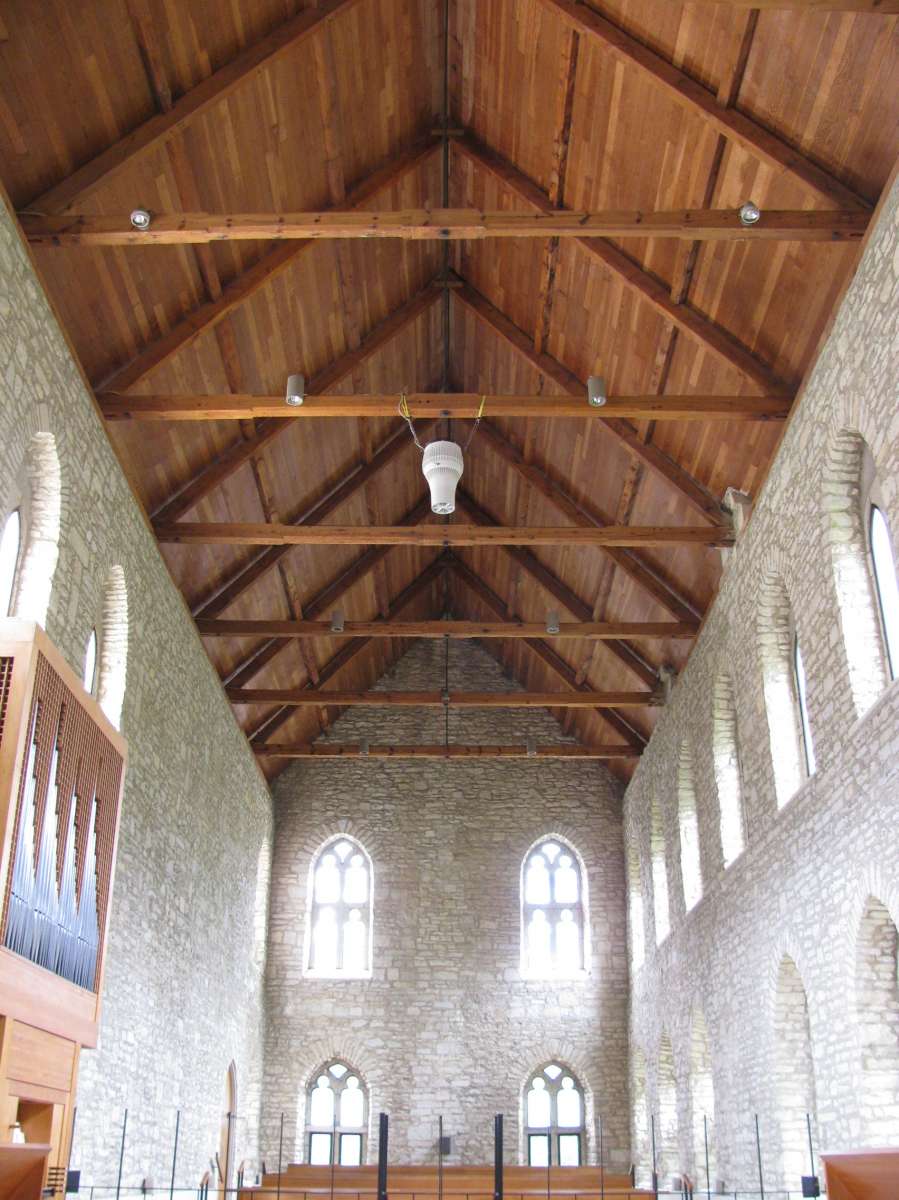