From June 16 to 21, the abbot and monks of New Melleray were pleased to host twelve men from all over the country for a Lumen Christi Study Retreat and Immersion Experience.  The event was conceived of and publicized by Mr. Tom Levergood, Executive Director of the Lumen Christi Institute, on the campus at University of Chicago, whose mission is to foster awareness and love for the Catholic tradition.  The retreat attracted men from colleges all over the country: University of Chicago, Berry College, Hillsdale College, Stanford University, Baylor University, Yale, University of Notre Dame, Duke University, Mt. St. Mary’s in Maryland, and U of C at Berkeley. 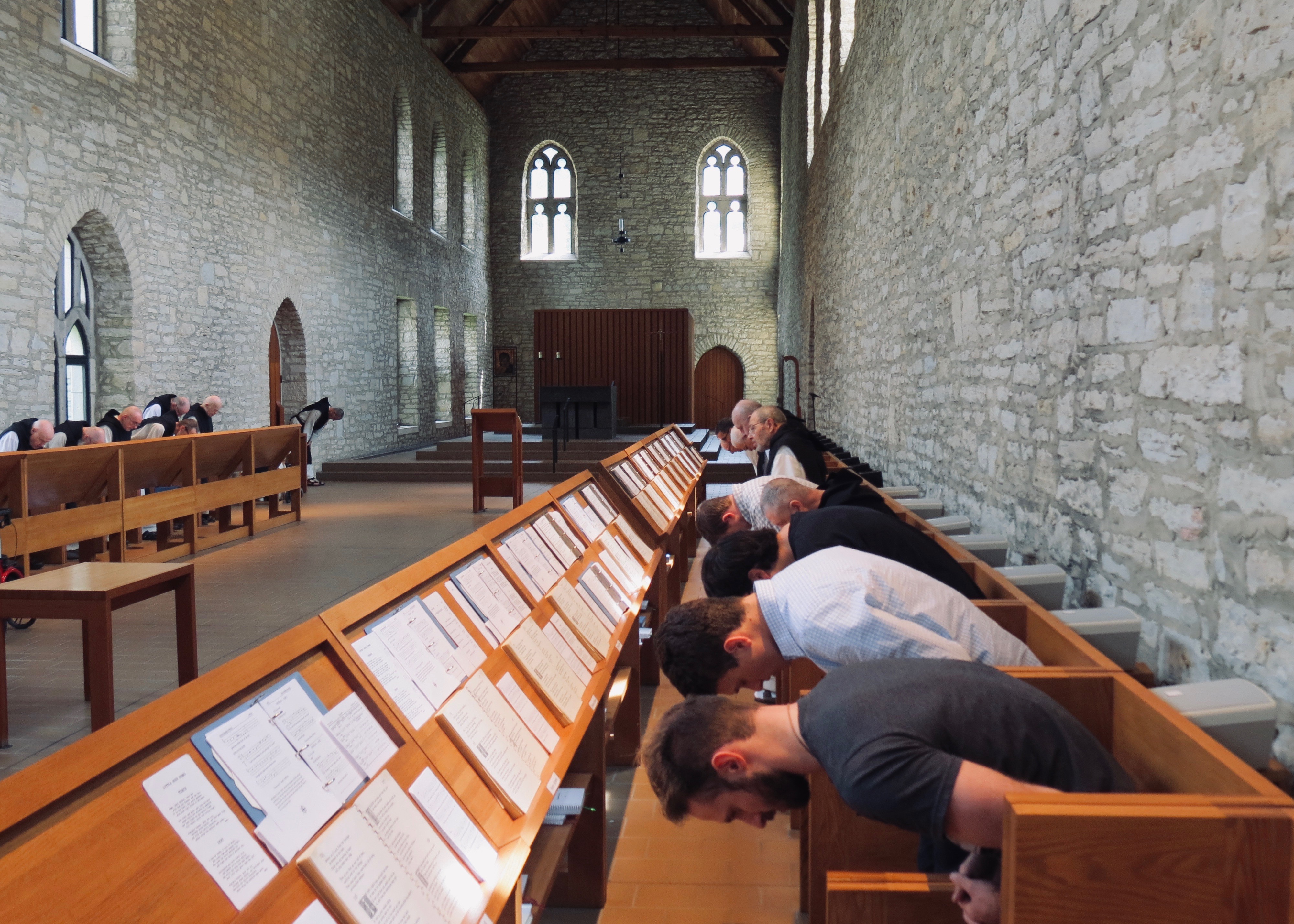 The retreat began with an Orientation and introduction to one another followed by the celebration of mass in the Guest House Chapel.  Over the course of the week, participants were offered five conferences:  “St. Anthony and the Desert Fathers”, “St. Benedict”, “The Practice of Lectio Divina and Praying the Divine Office”, “St. Bernard and the Cistercian Reform”, and “What St. Bernard’s Spirituality has to Offer Us Today”.  Each conference was followed by a discussion period.  Afternoons were spent touring the monastery, doing manual labor, or in solitude and silence.  At the mid-day meal, the students were read to as are the monks each day.  At the evening meal, they talked and were joined by one or two monks in informal conversation.  The monks were touched by the degree of motivation and thoughtfulness of our guests who were in attendance at the Office of Vigils each morning, (at 3;30 in the morning!), who entered deeply into the monastic texts they were asked to read and who seemed to form a strong sense of community among themselves over the course of their week together.  We pray that the seeds of God’s grace planted in their hearts during this week bear fruit in their academic work and ministry in the world.

One of our participants wrote a wonderful essay on his experience here at New Melleray. Please have a look here.