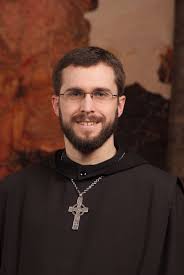 A talented monk performs well in various roles in his monastic community and over time gains the confidence and admiration of his brothers, to the extent that he seems to some of them, (and more and more to himself), an excellent candidate for abbot.  The community has an election – and he is not elected abbot.  Surprised and hurt by the vote, the monk succumbs to sadness and sadness issues into a kind of sloth or lethargy which lingers for months.  This was among a number of graphic illustrations shared by Abbot Austin Murphy by way of inviting the monks to reflect on emotions and how we as monastics are sometimes challenged to integrate them into our intense enclosed life together.  Abbot Austin has done advanced scholarship with the writings of St. Augustine and was able to illumine stories of the actual human struggle of monks with profound, coherent and ancient theological insights.  Besides conferences offered each morning after Lauds, our retreat master met with monks individually to discuss personal experiences.  Cistercians, who are reformed Benedictines, find we often benefit from encounters with our Benedictine brothers more involved in active ministry.  Abbot Austin’s experience as a school teacher imbues his monastic spirituality with a human warmth and realism which was appreciated by the New Melleray monks.  He himself commented more than once how he was restored and deeply appreciated the silence and solitude of New Melleray Abbey.