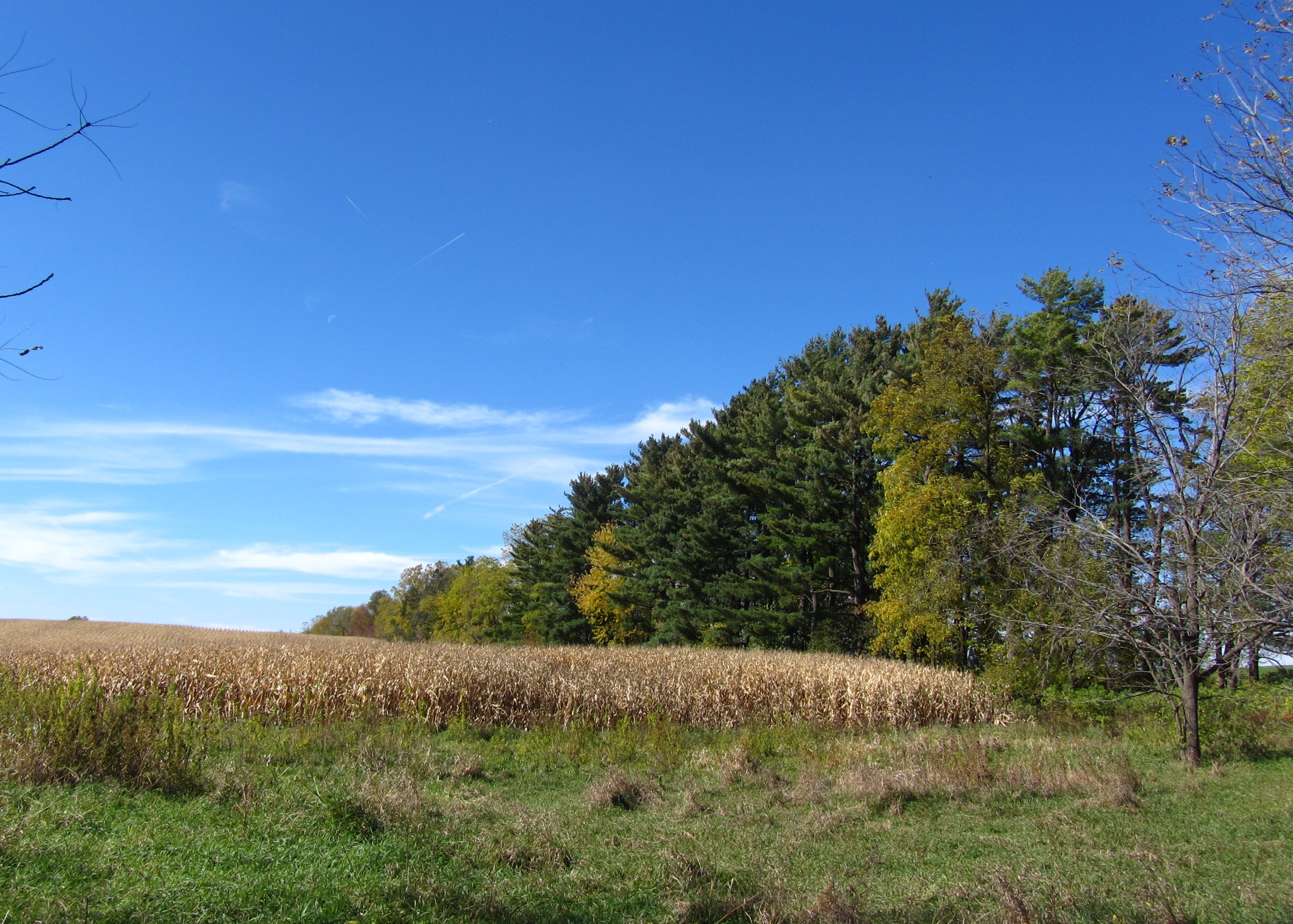 A month or so ago, monks taking a walk behind the monastery were surprised to see that a distant tree line which had, over the years, become the shape of the horizon east of the monastery, had vanished.  Where the  undulating line of trees had been, one now saw the gentle curvature of mother earth and an enormous pile of wood chips, something like one of the pyramids of Egypt eerily lit by the setting sun.  Inquiries about the change brought to light an important and long over-due decision made recently by the Land Stewardship committee at the monastery.  Back in 1944, a 1600 foot long pine windbreak was planted by the monks north of the abbey farm in order to protect dairy cows from the bitter cold north winds.  Eventually, the cows were sold and composition of the tree line became more diverse with the unfortunate effect of shading adjacent fields where crops were growing.  In August, it was decided to remove the entire tree line, in part, so that our renters who farm this field are able to till along the contour of the slope which is more efficient and prevents erosion.  Pine trees were supplied to Trappist Caskets for use in making caskets.  Stumps were pulled up and deposited strategically at another place on the property to help prevent erosion.  A few walnut trees, (kindly planted by local squirrels!), were also harvested for Trappist Caskets.  The rest of the trees were chipped and shredded and used to form the great “pyramid” until these chips are used to make landscaping mulch.  Finally, it was decided that, following this rather minor loss of timber acreage, another section of cropland will be soon planted with trees.   All for the glory of God and in obedience to the first of all His commands – to work the garden we’ve been entrusted with, and till it. 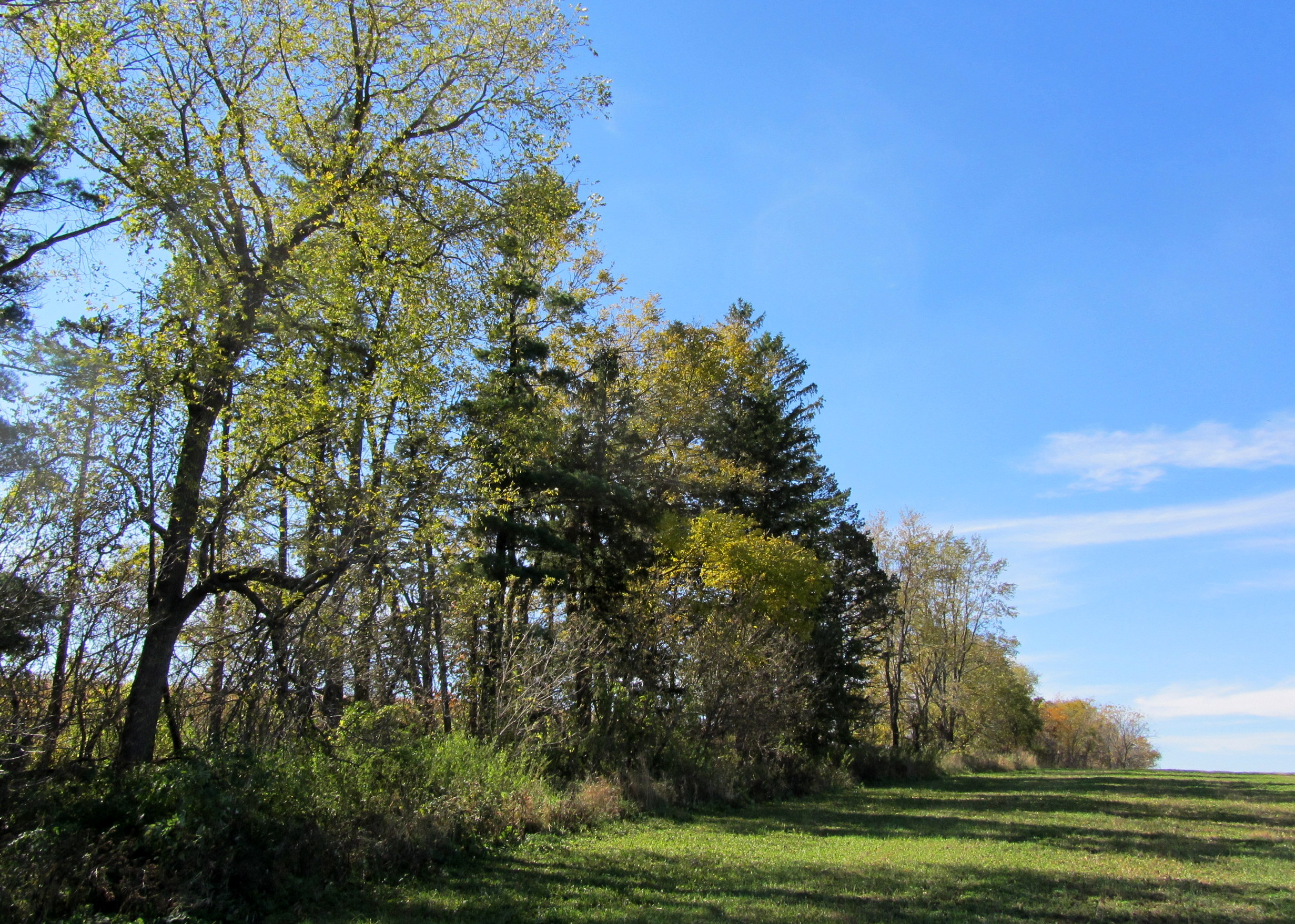 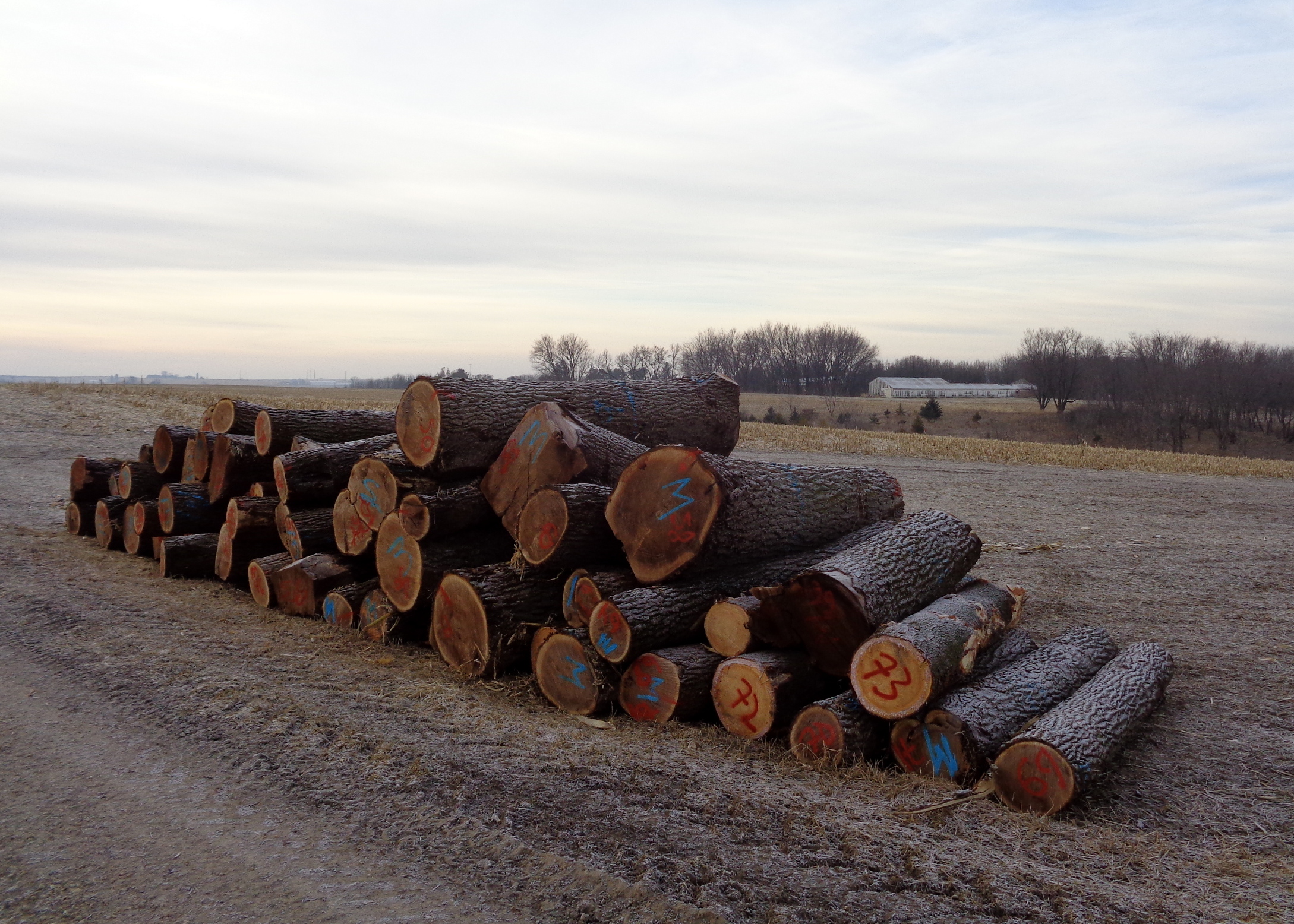